What do you get when two stars collide? 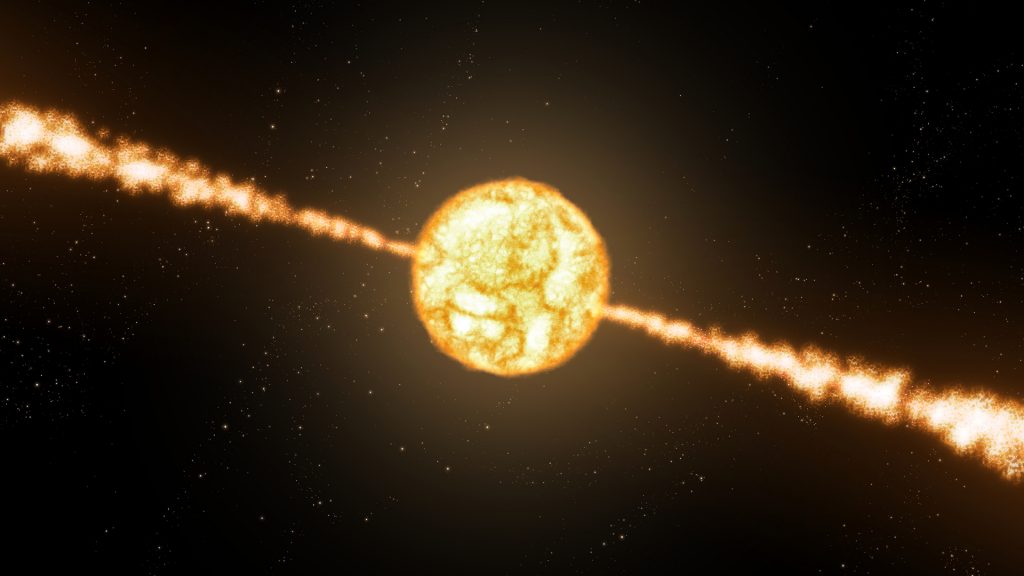 A recent astrophysical event has proven that gold comes from the stars, and not the kind on Hollywood Boulevard.

We dig it up and we wear it, it’s in our smart phones and our computers, but until recently we could only theorise about the origin of gold on Earth.

On August 17, 2017, a gravitational wave signal was detected. This would be the first signal to reach earth from an event that took place 130 million light years away.

Back when dinosaurs wandered the earth, two neutron stars, each about 20km in diameter, were locked in an inevitable spiral gravity pulling them closer and closer together. These stars are so dense that just a golf ball sizes piece of their material on earth would weigh well over a billion tons. And when they collided it caused an explosion so massive, something amazing happened.

Through detailed examination of the light emitted from the explosion, scientists discovered gold and other heavy elements like platinum had been formed on a grand scale. That’s right! It’s been a long-standing theory with scientists that gold had cosmic origins, but the event in question had never before been seen in this detail.

After their formation, gold atoms made their way to Earth in meteorites that bombarded our planet over a 200-million-year period. Once they touched down, geological processes brought the gold together into nuggets and veins, ready for discovery.