The art of eating gold. 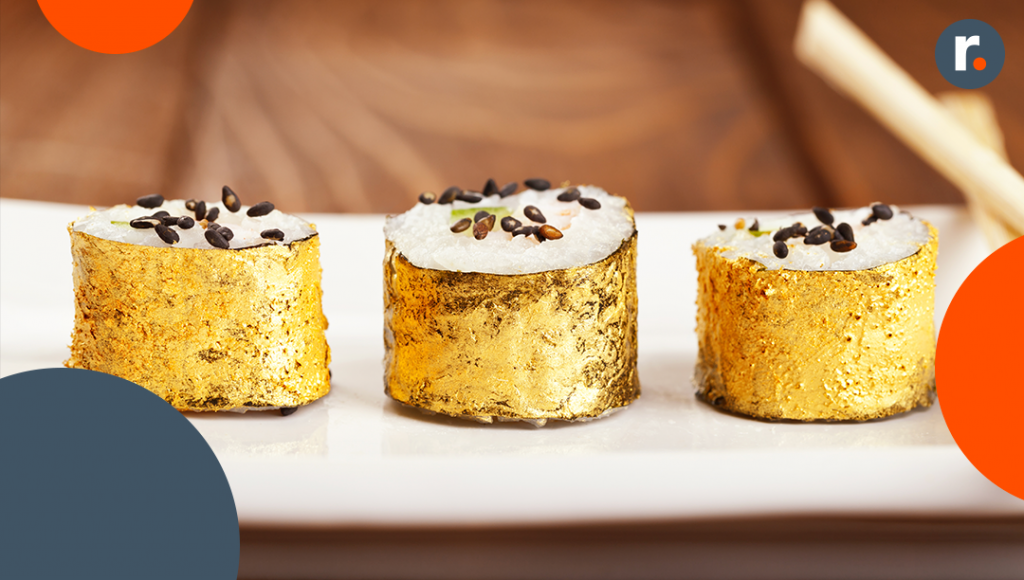 Since the beginning of human civilisation food has been used as a currency, but at what point did our gold currency become food?

Some say that the Ancient Egyptians were the first to start gobbling up gold, but the first written record dates back to the late medieval era. An Ordinance Of Pottage is a recipe book that contains many 15th century feasts, including one that calls for walnut halves covered in gold leaf.

Golden delicacies have always been reserved for the elite, or those willing to fork out a pretty penny, and our very own 21st century is no exception.

If you find yourself in New York City, pop on down to Serendipity 3, pre-order The Golden Opulence Sundae and hand over $1,285. Then, 48 hours later, once they’ve gathered the chocolate truffles and candies from Paris; edible sugar flowers painted with edible gold; passionfruit infused caviar; and 24K gold dust flakes and gold leaf from Switzerland, you’ll have the most expensive sundae in the world. But don’t worry, you get to keep the glass and spoon.

If you’re still hungry, why not scoot over to Shinjuku, Japan? In the basement of the Isetan department store you’ll find a giant sushi, rolled in gold. For around $120 it comes stuffed with 12 ingredients like horse hair crab and puffer fish.

If that all sounds like a bit too much, and you’re looking for some edible bling a little closer to home, Sydney’s pastry shop Ladurée has got you covered. Every once in a while, for a limited time, you can pick up a gold leaf coated chocolate macaron for the very reasonable price of $3.80 each.