The Truth Behind ‘Going for Gold’ 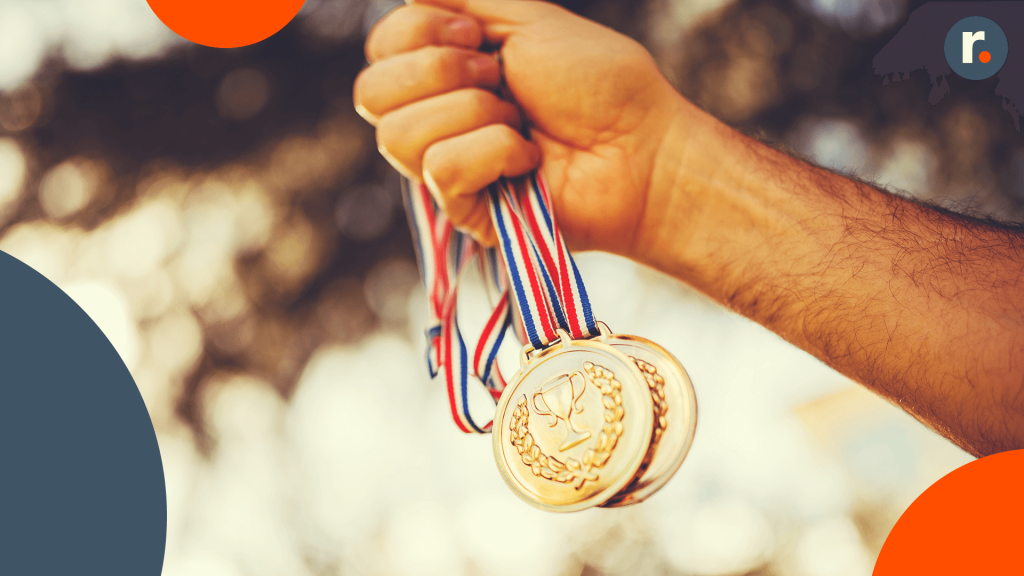 Gold is a symbol of success and achievement, and those associations are ingrained in society. It begins from childhood, when teachers award gold stars to well-performing pupils, through to adulthood when we celebrate a golden wedding anniversary.

Above all else, perhaps the most famous of golden symbols is the Olympic gold medal, where standing on a podium goes hand-in-hand with wearing a big golden neck accessory.

Before ‘going for gold’ was a saying, competitors would strive to take home other prestigious accolades. For example, during ancient times an olive wreath was awarded to a winning competitor. The only similarity to a medal was that it might be circular (although sometimes it was horseshoe-shaped).

The first time Olympic champions were awarded gold medals was in 1904 in St. Louis, USA. Before this, gold was considered too expensive. Instead, winners received a silver medal accompanied by an olive branch, perhaps this was an acknowledgement to the ancient games? Runners-up would get a laurel branch and a copper or bronze medal if they were lucky.

Australia’s history in ‘going for gold’

Australia has a proud history of winning Olympic gold medals, earning 155 to be exact. Our athletes have attended nearly every modern Olympic games, with our first taste of success in 1895, when runner Edwin Flack won gold in both the 800 metres and 1500 metres. Swimming has been a dominant sport in Australia.  We’ve picked up many medals and put local athletes like Dawn Fraser and Ian Thorpe on the world stage.

The truth behind the gold medal

Although the gold of a medal may look solid, it’s actually silver with a gold coating. The amount of gold present in a gold medal is only about 1% of its total weight. The last time a solid gold medal was used in the Olympics was in 1912 in Stockholm.

Behind the scenes of gold medal-making

The act of making gold medals is not a simple one, there are strict rules and regulations in place by the National Olympic Committee (NOC):

Why is gold considered ‘first place’ for medals?

The history of why gold is considered ‘number one’ dates back to when minerals were deposited during the formation of our solar system. The value of metals was calculated by their abundance in the Earth’s crust. The rarer the metal, the higher the value. So, the order of Olympic medals correlates to the material that it is made from.

In the periodic table, gold, silver and copper (copper combined with other metals make bronze) are all found in the same column, the order in which they appear is significant. Not only do they order in weight, with copper the lightest at the top, but they also rank by how abundant they are. Out of the three, copper is the most abundant, making up 0.0068% of the Earth’s crust. Silver sits below copper with 0.000008%, and gold is at the bottom of the column as the least abundant, with only 0.0000004% of the earth’s crust. Therefore, the value is rated as highest at the bottom, with gold being the rarer and heaviest metal.

Being in the same column means that they also have similar properties:

So, winning the gold is more than just surface-deep, it’s actually the physical properties of the metal that have ranked gold as the most prestigious prize.