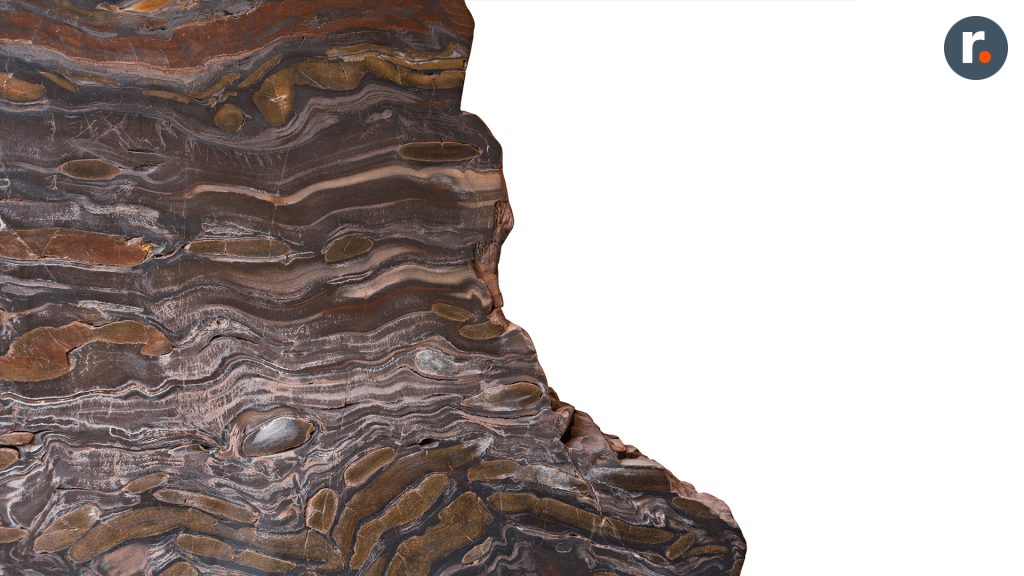 Among its prized collections of dinosaur fossils, insects and wildlife photography, London’s Natural History Museum proudly displays a 2.4 billion-year-old banded iron formation (BIF). This beautiful rock was uncovered in Australia’s Pilbara region and represents an important part of the evolution of life on our planet.

2.4 billion years in the making

Today, Leonardo Da Vinci’s Mona Lisa sits proudly in the Louvre, quietly revelling in her centuries of admiration. Mona was created in Renaissance Italy over 400 years ago and she hasn’t aged a day. That may be an impressive feat, but a newly arrived natural artwork in London has a few years on Leonardo’s masterpiece – 2.4 billion in fact.

London’s Natural History Museum is now home to an ancient rock from Western Australia’s Pilbara region. This colourfully layered 2.5 tonne rock is a banded iron formation (BIF), and forms part of an exhibition celebrating the wonder and beauty of the natural world. It plays an important part in the story about the origins of the universe and the evolution of life today.

Discovered at Rio Tinto’s Mount Tom Price mine, the BIF was donated to the Natural History Museum with the approval of the land’s traditional owners, the Eastern Guruma people. The rock was diamond-cut and shipped almost 14,000 kilometres to London. It now forms part of the Natural History Museum’s Hintze Hall display, opened by HRH The Duchess of Cambridge, and Sir David Attenborough.

How are BIFs formed?

BIFs are distinctive units of sedimentary rock from the Precambrian age, the earliest of the geologic ages. They were formed around 2.4 billion years ago during the “great oxygenation event” when our ocean’s bacteria first began to produce oxygen through photosynthesis. This oxygen then combined with dissolved iron in the sea and formed iron oxide, which sank to the seafloor. As it settled, bands of red and grey iron-oxide developed between layers of silica-rich sediment. This process helped create an oxygenated ocean that eventually supported the evolution of more complex life on Earth.

More than a beautiful formation

For billions of years, iron ore has been at the centre of the Earth’s development. And from the iron age to today’s steel age, iron has been an essential part of human progress. The iron-rich BIF is a keen reminder of the first oxygen-generating life in the oceans and helps us understand how our world has evolved.

The BIF’s importance cannot be overestimated. Without it, there would be no plants, no animals, and no humans.