The Secret Life of Aluminium 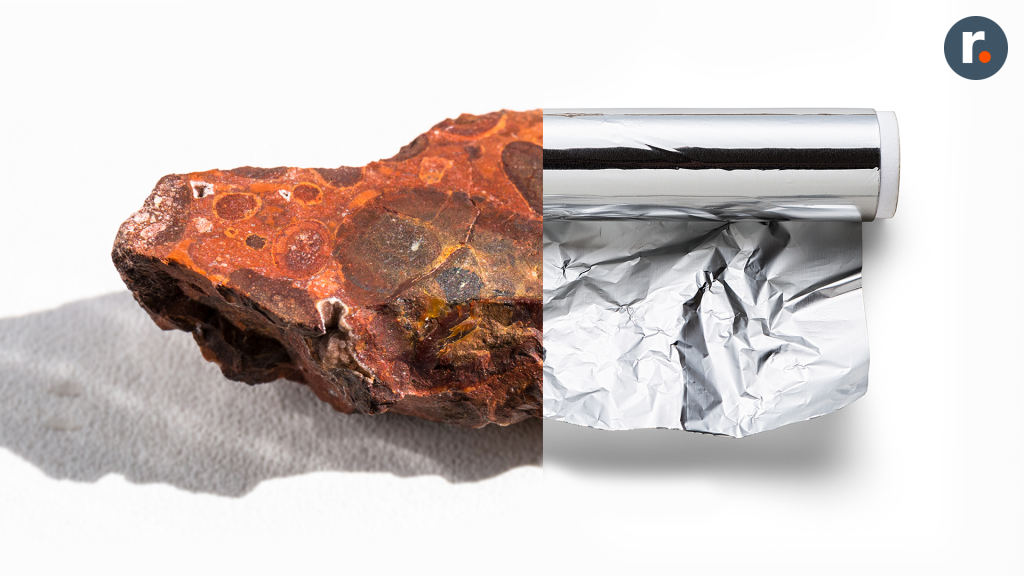 Aluminium (or aluminum), is a silvery-white, lightweight metal with an atomic number of 13, representing the 13 protons in its nucleus. This element is the second-most abundant metallic element in the Earth’s crust, second only to silicon. In fact, it makes up about eight percent of the Earth’s landmass.

In 1825, Danish chemist Hans Christian Forested first extracted aluminium from alum, producing tiny amounts of the substance. Soon scientists refined the process, but their methods did not manage to bring the price down.

For decades, aluminium was more highly-prized than gold. In 1848, Napoleon III proudly ate with aluminium plates and cutlery, because it was a privilege to be seen eating with such a rare metal. The legend goes that his honoured guests had to settle for gold plates and cutlery.

Finally, in 1886, scientist Paul Heroult and chemist Charles Hall both came up with the idea of producing aluminium using cryolite, an aluminium compound. When the compound was placed in a solution and shot through with electricity, it produced pure aluminium. The Hall-Heroult process is still used to produce the metal today, along with the Bayer process, which extracts aluminium from bauxite ore.

Before Heroult and Hall figured out how to isolate the element cheaply and efficiently, aluminium was one of the most valuable metals in the world. After their discovery, the price of aluminium dropped right down – from $12 a pound in 1880 to just 20 cents by the 1930s.

The Science Behind the Metal

Australia is one of the world’s leading producers of aluminium. It is the most abundant mineral found naturally on Earth – after oxygen and silicon.
Aluminium is almost always used as an alloy, even if the aluminium content is as high as 99%. The most commonly used elements to combine with aluminium to create an alloy are zinc, copper, silicon, magnesium, and manganese.

Aluminium can be commonly found in your kitchen, wrapped around piping hot garlic bread, but that’s just one of its uses. This versatile metal is used in packaging ¬– from cans and trays to foils and bottle caps. The material is also used in tech products like smartphones and laptops. Best of all, it’s completely recyclable.

Because of its durability and low cost, the transport industry relies on aluminium. The metal is present in aircraft carriers, boats, trains, trucks, cars, motorbikes and bicycles. Way back in 1903, the Wright Brothers even used it to build an aluminium crankcase for their four-cylinder aeroplane engine.

Today, in city skylines and sports stadiums the world over, aluminium is also a key material in construction. The metal can be found in skylights, shutters, ladders and railings, as well as rods, doors, stampings, wiring, bars, tubing, sheets, pipes and castings. It is used in long-distance power lines for high voltage electrical transmission too.

Every year, it’s estimated that Australia uses around 450,000 tonnes of aluminium, making it one of the most significant metals of today. And even though it’s no longer worth more than gold, aluminium’s features make it more important to manufacturers around the world.