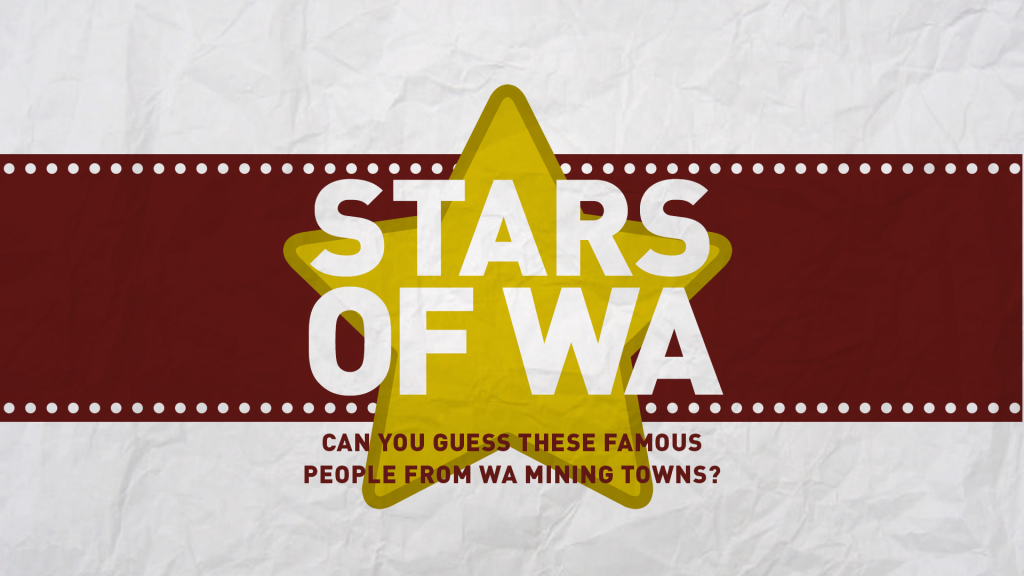 Put your knowledge to the test. We have found these famous Australians who hail from Western Australian mining towns.

From Bunbury to Geraldton, WA was built on the opportunities made possible by the resources industry. In this article, we celebrate the celebrities from right across this amazing state.

Guess who? Born 2/8/1861 in Geraldton, WA. She was born on a sheep station near the local iron ore mine, the granddaughter of two of the colony’s early settlers. She became an Australian social reformer who worked tirelessly for the rights and welfare of women and children. Best known as the first Australian woman to serve as a member of parliament, her face is featured on Australia’s $50 note. Her name is also commemorated with a university, a federal division and a memorial in Kings Park.

Guess who? Born in Kalgoorlie on September 20, 1969 this musician has released over 12 albums both solo and with his band You Am I. He has also appeared in film theatre and television both as a composer and actor. Initially, while studying law, he met bass player Andy Kent and quickly realised his passion was not in the court room, but on the stage. You Am I have been recognised as one of Australia’s pivotal rock bands, releasing a number of chart topping albums reaching Gold and Platinum. This legend of music still has a strong connection to the Western Australian mining town, playing regular gigs around Kalgoorlie.

Guess who? Born 6/1/1996 in Bunbury, WA. This Australian model and actress captured the world’s attention with her first film in 2015 – Mad Max: Fury Road, where she starred as Cheedo the Fragile, a woman searching for refuge on an apocalyptic wasteland. Then she co-starred in Gods of Egypt (2016), directed by Alex Proyas. She’s also been directed in a short film by Sofia Coppola. No matter where her career takes her around the world, she still calls her beachside mining town home.