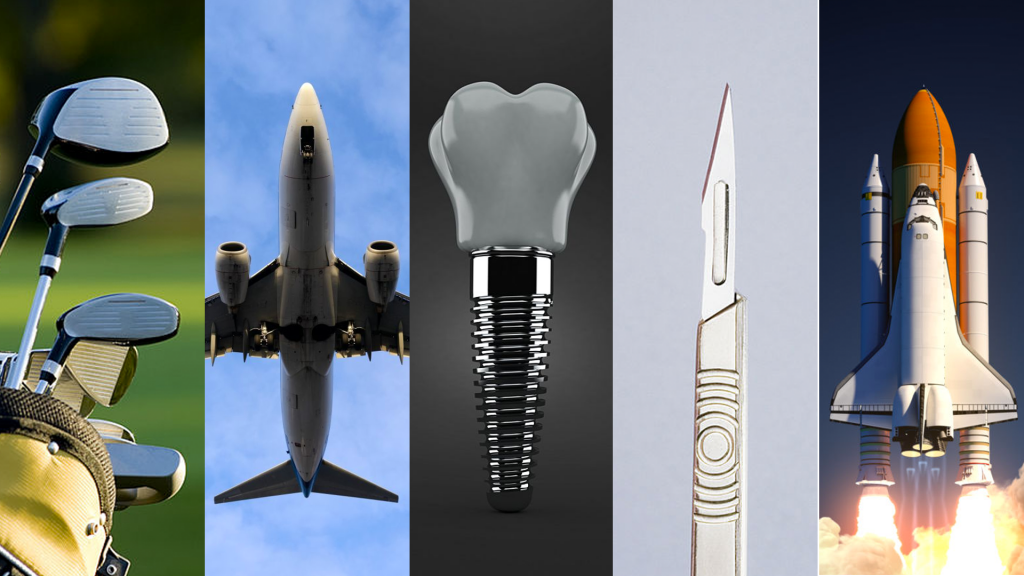 It’s as light as aluminium, it’s stronger than some steels and it’s used in everything from spacecraft to orthopedic implants. Titanium is one of the most important metals of the modern age, taking us to new heights, faster speeds and driving innovation across a number of industries.

First discovered in 1791, this silver coloured element was named after the titans of Greek mythology. In natural form it is most commonly found in the minerals rutile and ilmenite, which form part of a broader category known as ‘mineral sands’. They are widely distributed among the Earth’s crust and abundant in Australia – present in almost all living things, water bodies and even on the moon.

The most common compound extracted from rutile and ilmenite is titanium dioxide, widely used in the manufacture of white pigments and a common ingredient in most sunscreens and toothpastes. Further refinement of titanium dioxide results in titanium metal, which then is alloyed with iron, aluminium, vanadium and molybdenum among other elements dependent on its intended use.

These strong, lightweight alloys make it perfect for aerospace engineering. One of the first aircrafts to use titanium was the Lockheed SR-71 Blackbird, a US military spy plane capable of reaching speeds three times the speed of sound. The body of the aircraft was 85% titanium and it remained in operation for 30 years. Since then titanium has seen numerous aerospace uses including the Juno spacecraft, created to investigate the planet Jupiter.

Titanium’s reputation for performance is used in other fields, including high-end sporting goods such as tennis racquets, golf clubs, bicycle frames, cricket bats and hockey sticks among others.

Well known for its strength, titanium’s other properties extend its usefulness. It’s resistance to corrosion in salt water makes it ideal for desalination plants. Its high crack resistance makes it perfect for armour plating. It even has a place in optometry, used in spectacle frames as it doesn’t trigger skin allergies.

It is also has uses inside the body. Being biocompatible (non-toxic and not rejected by the body) means it’s perfect for medical instruments, screws and plates, dental implants and joint replacements, lasting up to 20 years without maintenance.

This durability and longevity makes it one of the most important applications of the mineral products being produced in WA.

Iluka has been producing mineral sands in WA since the 1950s. The company is currently the world’s largest producer of rutile and also a major producer of synthetic rutile, a form of ilmenite that is upgraded to increase its titanium content. The Narngulu mineral separation plant, near Geraldton; Cataby mine, near Dandaragan; and synthetic rutile kilns at Capel each play a globally significant role in the production of titanium feedstocks.

Tronox’s operations in WA represent the world’s largest integrated titanium dioxide project and exist across a number of sites, including the Cooljarloo mineral sands mine, the Chandala dry mill and synthetic rutile plant and the Kwinana titanium dioxide pigment plant. Tronox is the world’s largest fully integrated titanium minerals producer. The company produces rutile which is used in the production of titanium metal and their titanium pigment produced at Kwinana is predominantly purchased by Dulux and used in paint production.

So whether it’s being used to explore space, push the limits of engineering or improve quality of life, titanium’s well established place as a modern metal will only continue to get stronger as we continue to innovate.