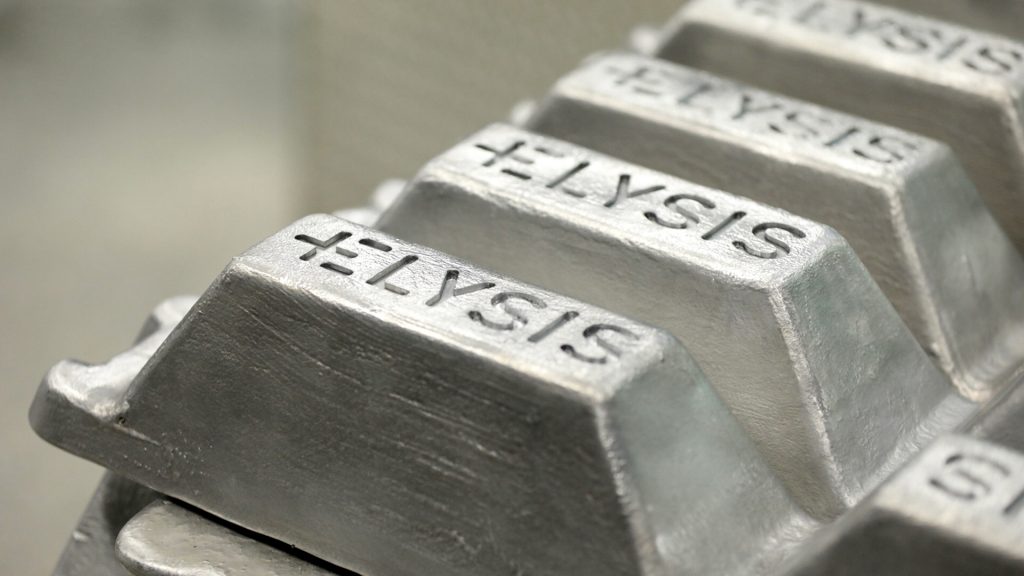 Usually when tech giant Apple wants to do something there are two outcomes. One, they accomplish their goal and two, they throw away any preconceived ideas and re-write the book along the way.

It is no surprise then that Apple has chosen to get involved with aluminium giants Alcoa and Rio Tinto and their revolutionary project to deliver the world’s first carbon free aluminium smelting technology.

To get aluminium, bauxite is first mined before being converted into alumina, a fine white powder. This powder is then smelted at over 700°C, to become the shiny ubiquitous material we love.

Although smelting processes and energy efficiency have continually improved over years, there was still room for improvement.

Aluminium giants Alcoa and Rio Tinto have been independently trying to reduce their impact on the planet by researching ways to remove the carbon footprint created during the aluminium smelting process.

This commitment sparked the interest of one of the world’s biggest technology innovators, Apple, which has bought the two companies together to partner on something truly revolutionary, an aluminium smelting process that is carbon free and instead releases oxygen into the atmosphere.

The project has been named ‘’ and is the merging of Alcoa’s breakthrough research with Rio Tinto’s industry leading commercial and development capabilities, with support from Apple and the Governments of Canada and Quebec.

“We are proud to be part of this ambitious new project, and look forward to one day being able to use aluminium (sic) produced without direct greenhouse gas emissions in the manufacturing of our products,” Apple’s Chief Executive Tim Cook said in the statement announcing the birth of Elysis.

See also  Turning waste into taste in the Pilbara

But what does this mean for Australia?

Australia is one of the world’s leading producers of both bauxite and alumina, producing approximately 20 million tonnes of alumina in 2014-15. Adding to this, aluminium is 100% recyclable and experiences no loss of properties or quality during the recycling process. This has led to approximately 75% of all aluminium ever produced to still be in use today.

By developing new technologies in the smelting process and removing the carbon footprint it will future-proof aluminium and in turn, keep Western Australia – with our world leading bauxite mines and alumina refineries – in high demand for decades to come.