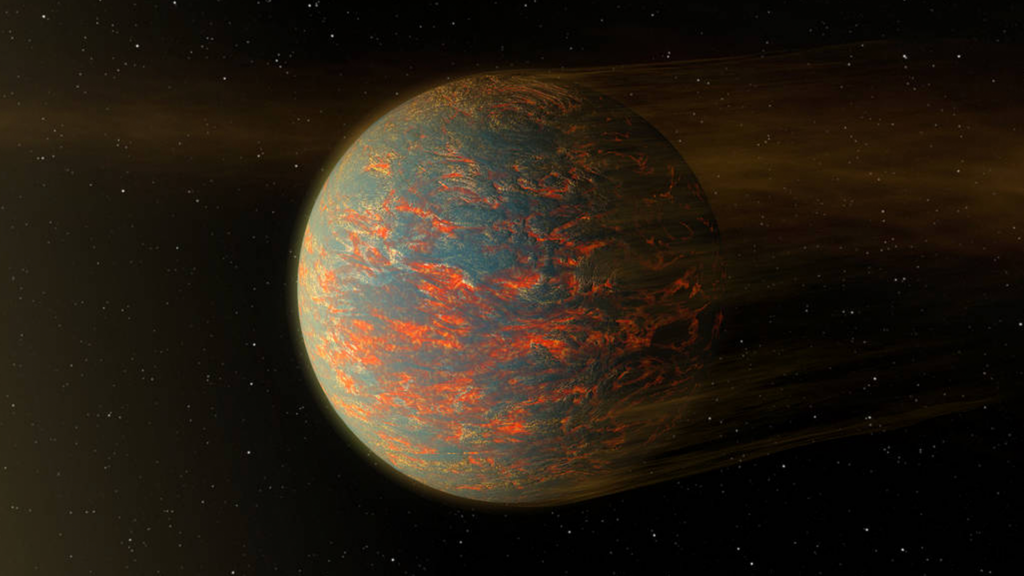 If diamonds are a girl’s best friend, then this planet could be the BFF of every girl ever – probably every boy too. Astronomers have discovered a planet that’s bigger than Earth and is composed mainly of carbon (in the form of diamond and graphite). Unfortunately, the scientists who named it may not have been very inspired that day. They called it the rather unglamorous name of 55 Cancri E.

Since the 1980s, WA’s Kimberley region has been one of the world’s greatest source of diamonds. The Argyle mine in the east Kimberley produces diamonds of a broad range of sizes, qualities and colours including white, champagne, cognac, and the occasional red, violet, blue and pink diamonds. The Argyle mine is the virtual sole source of rare pink diamonds in the world.

However, these diamond sources are somewhat upstaged by an alien planet discovered in 2004. This planet is 55 Cancri E and it revolves around a nearby star in our Milky Way galaxy. After estimating the planet’s mass and radius, and studying its host star’s composition, scientists now say the rocky world is composed mainly of carbon (in the form of diamond and graphite), as well as iron, silicon carbide, and potentially silicates.

At least a third of the planet’s mass is likely pure diamond.

“This is our first glimpse of a rocky world with a fundamentally different chemistry from Earth,” lead researcher Nikku Madhusudhan of Yale University said in a statement. “The surface of this planet is likely covered in graphite and diamond rather than water and granite.”

55 Cancri E is the first likely “diamond planet” to be identified around a sun-like star, though such worlds have been theorised before. Planets like this are vastly different from our Earth, which has relatively little carbon.

“By contrast, Earth’s interior is rich in oxygen, but extremely poor in carbon — less than a part in thousand by mass,” said study co-author and Yale geophysicist Kanani Lee.

55 Cancri E is what’s known as a super-Earth, with a radius twice as wide as that of our own planet, and a mass eight times greater. It speeds around its host star, making a full orbit in just 18 hours (Earth takes 365 days). It is so close to the star that its surface temperature reaches a scorching 3,900 degrees Fahrenheit (2,100 degrees Celsius).

Previous studies of this planet suggested it might actually be covered with oozing “supercritical fluids” — high-pressure liquid-like gases — seeping out from its rocks. But this idea was based on the assumption that 55 Cancri E had a similar chemical makeup as Earth, Madhusudhan said. The new findings suggest the planet has no water at all.

The revelation of the planet’s diamond nature means that it could have very different thermal evolution and plate tectonics processes than Earth, which could create bizarre types of volcanism, seismic activity, and mountain formation.

55 Cancri E is one of five planets encircling a sun-like star called 55 Cancri, which lies about 40 light-years from Earth in the constellation of Cancer. This star is so close it is visible to the naked eye in the night sky.

The researchers hope to make follow-up observations of this star system to better determine the star’s composition and to analyse 55 Cancri E’s atmosphere. This information could bolster the idea that the planet is a diamond world.