The Story of Sherlock and Willow 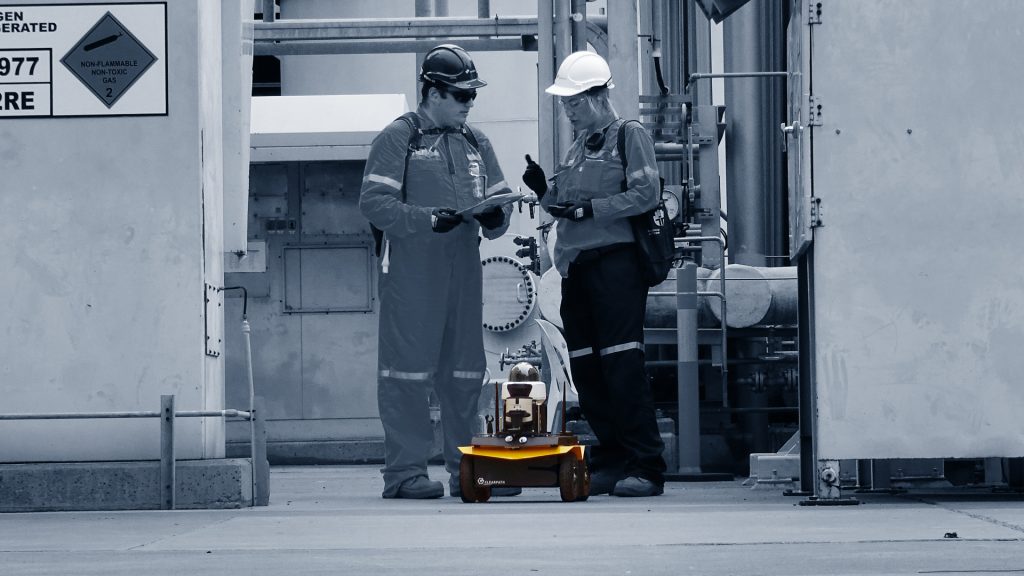 Woodside Energy has a proud history as a pioneer in the oil and gas industry in Australia. Now, Australia’s largest independent oil and gas company is taking the industry to new frontiers with a robot called Sherlock and an avatar called Willow.

With the rise of automated technology, it’s widely believed that cognitive intelligence, including artificial intelligence, will revolutionise the way we work and live – so it makes sense for businesses to embrace innovation and become future-ready.

Woodside Energy has an unusual worker on its employee roster – an inspection robot called Sherlock. And despite a lack of experience in oil and gas, Sherlock proved a fast learner in just over a year of testing.

Sherlock is highly mobile, sporting a high definition camera, microphone and temperature sensors on a compact frame. Sherlock’s remote operator can drive Sherlock into different areas of a producing facility to observe, investigate and report.

Sherlock is one example of how robotic technology can improve safety, reliability and efficiency in high-risk and remote environments.

In Woodside’s own robotics lab, the company is also using an anthropomorphic (human-like) robot to test ideas from operators, engineers and maintenance workers to make work safer.

Robonaut 2 is on loan to Woodside from NASA as part of a five-year agreement. One of eight systems in the world, and the only system currently deployed in the southern hemisphere, Robonaut 2 plays an important role in validating ideas, which then pass to robots like Sherlock for site testing.

It’s an exciting collaboration for both Woodside and NASA – one that benefits both parties. Woodside has vast expertise working in remote locations, and this knowledge is useful to NASA. Woodside recently seconded two employees to NASA’s Johnson Space Center in Houston to work alongside NASA employees on repairs, exchanging knowledge and experiences of remote operations.

For the resources industry, the benefits are evident. Robots can perform dangerous tasks in remote locations and substantially reduce risks to people.

However, robots are just one part of Woodside’s expanding intelligent assets capability.

Woodside has created a sophisticated virtual assistant called Willow. With a simple, natural language voice or text command, Willow will search Woodside systems and data reserves, drawing relevant answers from the company’s 64-year history. In seconds, Willow can search millions of files for relevant information that might otherwise take days, weeks or even months to find.

Willow is being trained to understand the needs of each individual user – from explaining a project’s risk to an offshore engineer, to helping a chief operations officer monitor production. Willow keeps learning with each interaction and piece of feedback from staff.

They need humans to build and repair hardware, write algorithms, and provide feedback to help them learn.

Woodside anticipates robotics bringing new opportunities for the human workforce: in skills and jobs, in safer work, in improved decision-making, and in more time to spend on the higher thinking and relationship building work that people are best at.