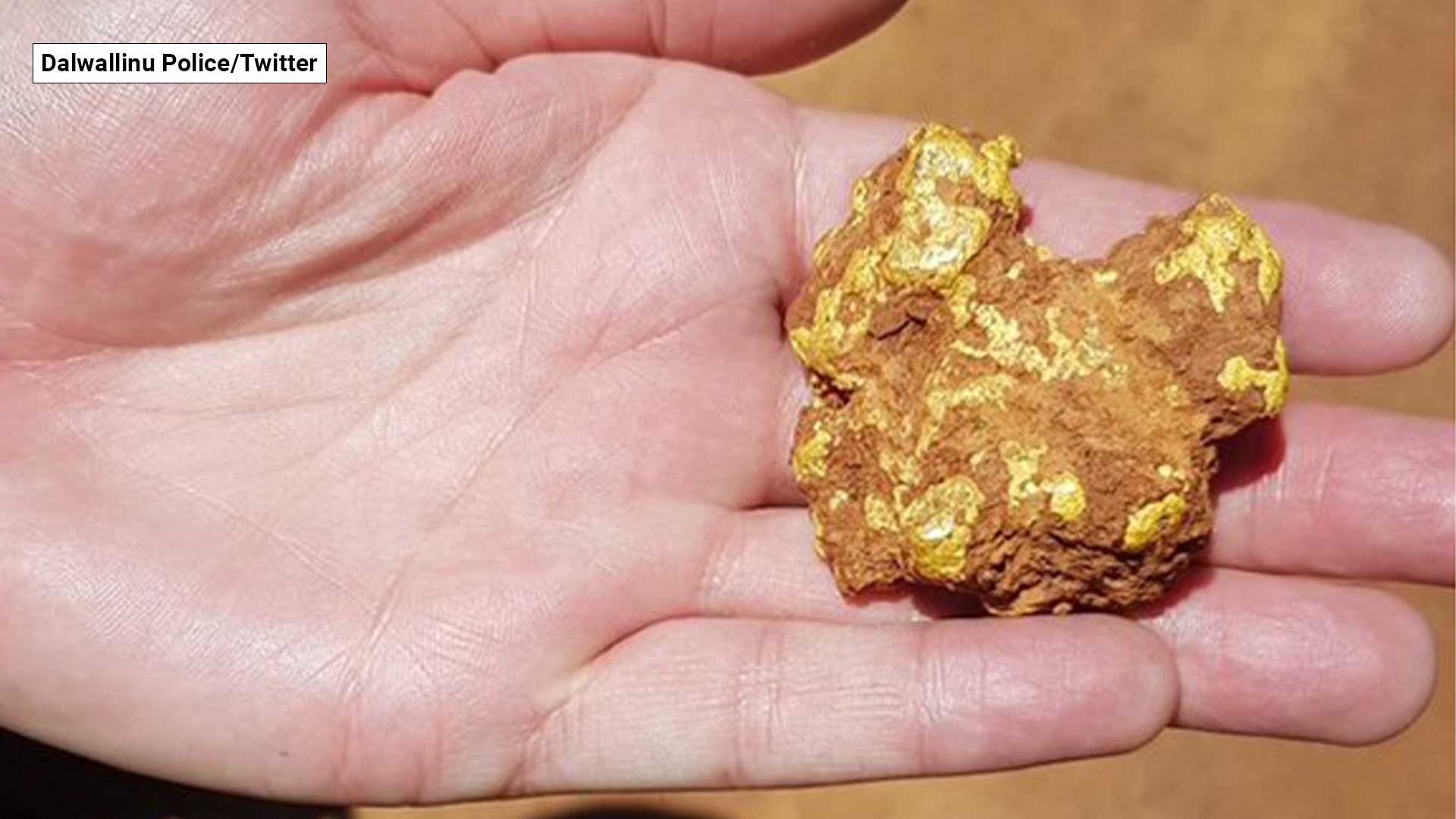 After leaving a $50,000 gold nugget on the roof of their car and driving off along a remote outback road in Western Australia’s, Wheatbelt the owners of the nugget, who are in their 80s, soon realised their mistake and made a desperate call to police in the hope that it would be found.

The nugget had been lost near Wubin, which is about 270km from the state capital Perth, chances of it ever being found were slim.

The owners offered a reward and crossed their fingers that a kind resident would stumble across the nugget, which was in a black velvet bag, and hand it in.

Police asked the public to keep an eye out for the expensive rock and the owners offered a reward so desperate was their plight.

Two days later, our faith in human nature has been restored after a member of the public found and handed the nugget into local police.

No word on the reward yet but we’re sure both parties are very happy.