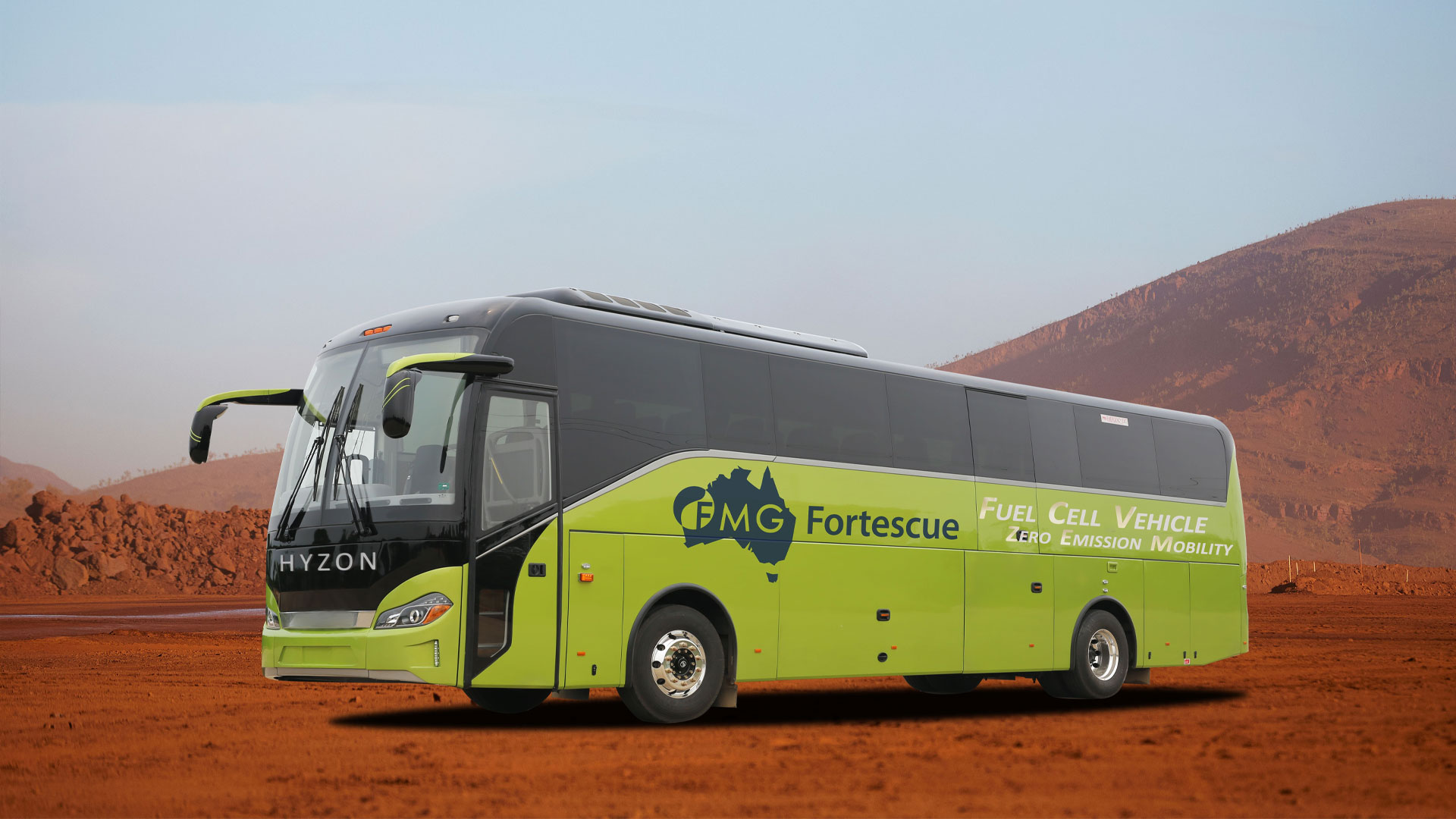 Fortescue will take another step towards its goal of net-zero operational emissions by 2040 with the introduction of hydrogen-powered coaches at its Christmas Creek operations.

FMG expects the 10 hydrogen coaches, built by HYZON Motors, to replace its existing diesel fleet from mid-2021 in what it described as a “first for an Australian mining operation.”

Fortescue Deputy Chief Executive Officer Julie Shuttleworth said the reduction in use of diesel fuel would be significant.

“Fortescue’s mobile fleet represents around 400 to 450 million litres of diesel consumption per year and presents a significant opportunity for hydrogen to be used as a replacement fuel source to accelerate emissions reduction and diversify our energy mix,” Ms Shuttleworth said.

The WA Government’s Renewable Hydrogen Fund has provided $2 million to help the project become a reality.

The fleet will be supported by a refuelling station, which will use renewable electricity from the Chichester Solar Gas Hybrid Project to generate renewable hydrogen onsite.

FMG entered into a partnership earlier this year with ATCO Australia to build and operate the first combined hydrogen production and refuelling facility in Western Australia.