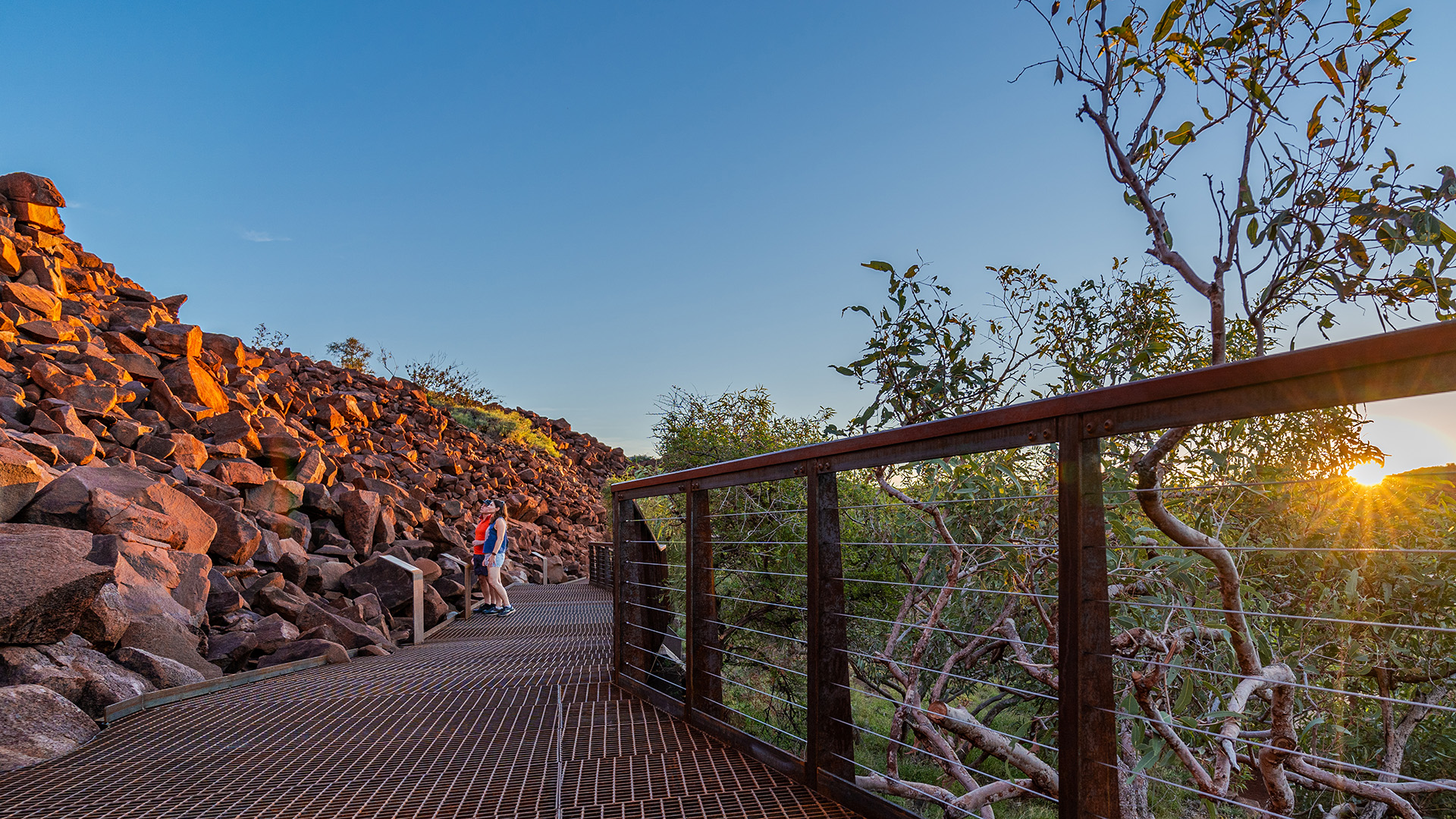 The Pilbara’s Murujuga National Park – home to more than one million pieces of rock art – is now more accessible than ever thanks to the construction of a new Ngajarli Trail boardwalk.

The Aboriginal art, some of which dates back 40,000 years, forms the densest collection of rock art in the world.

The artwork was previously accessed by a rough walking trail, but this has now been replaced by a 700-metre walkway that will make the make the site, often referred to as Deep Gorge, universally accessible.

The project was managed by the Department of Biodiversity, Conservation and Attractions, with guidance and advice from the Murujuga Park Council and Circle of Elders.

“We have an incredibly rich and ancient heritage to share at Murujuga. We encourage people to come and see the art here, hear our stories and learn about our culture,” Mr Jeffries said.

“This new precinct showcases some of Murujuga’s distinct art, as well as our unique landscape, flora and fauna.

“Ngajarli provides an opportunity to share all of this with increasing numbers of visitors to our country, while ensuring that we are able to protect and preserve this important place for generations to come.”

Murujuga National Park is in line for World Heritage listing as a result of a nomination prepared by the Murujuga Aboriginal Corporation, the  WA Department of Biodiversity, Conservation, and Attractions and the WA Department of Planning, Lands, and Heritage, in collaboration with the Federal Government and other stakeholders, including Woodside and Rio Tinto Iron Ore.

Images thanks to Fuzz Digital