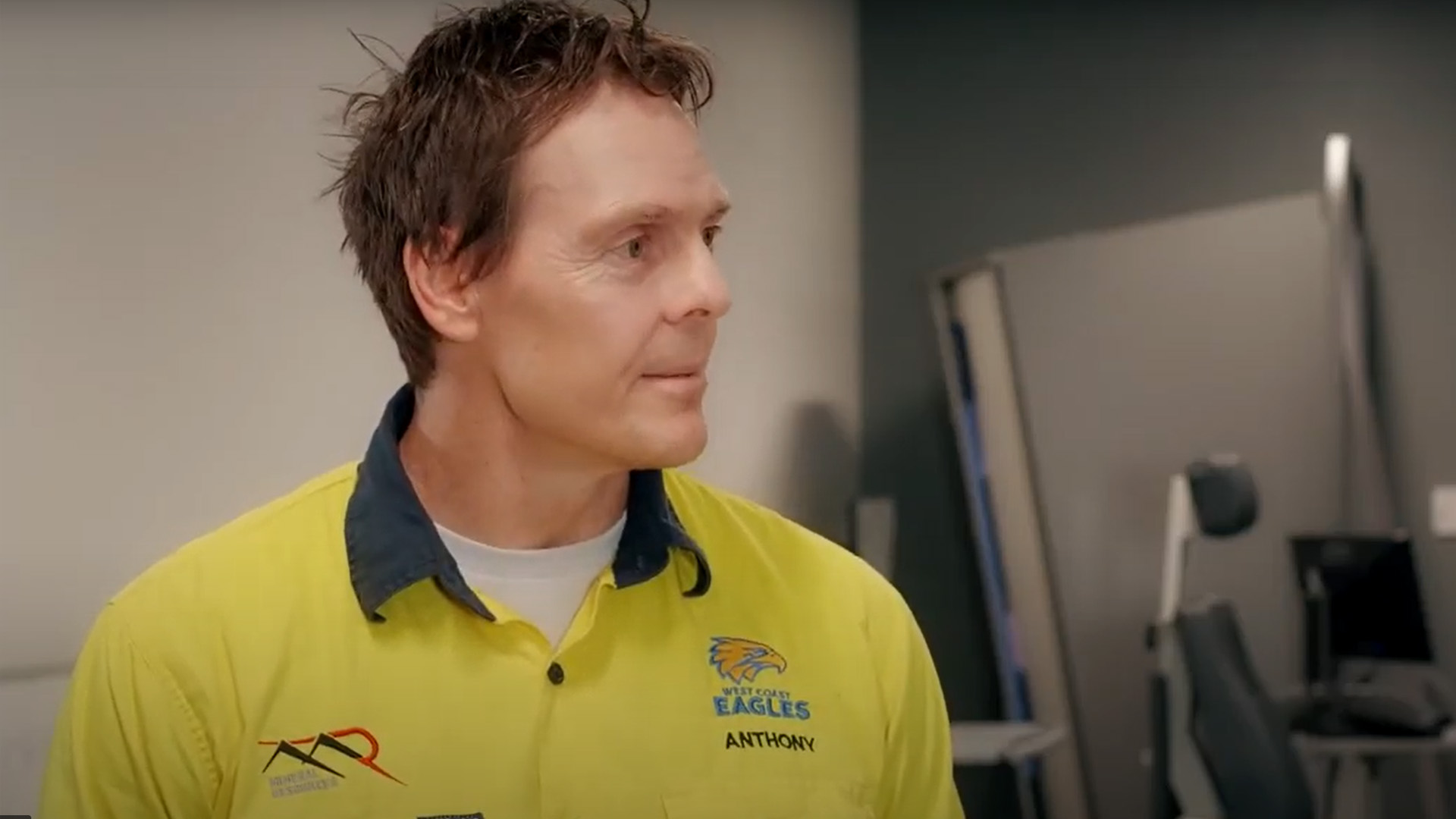 Anthony Jones already has a highly interesting football resume but in the past few months he’s added a new listing to his CV – FIFO worker.

An inaugural Fremantle Docker who debuted in the club’s second ever AFL game, Jones joined the West Coast Eagles’ strength and conditioning team more than a decade ago.

But when COVID-19 hit in March and the prospect of a stint of at least six weeks in Queensland loomed, Jones opted not to join the Eagles in their Eastern States hub and instead took on a fly-in, fly-out role with club sponsor Mineral Resources that instead allowed him to stay closer to his young family.

“I’ve liked the routine – they are long days and I empathise with the crew up there…they work hard and to get some physical activity in can be challenging,” Jones said.

“The big thing I’ve found is just being planned. Making sure you put time aside to do your fitness work, catch up with your family.

“Once you stick to that routine, that will flow and you feel a lot better having that routine within your day.”

Somewhat ironically, given Jones’ current role at West Coast, his AFL career was limited to 82 games across nine seasons because of injury.

But he bounced back to win a Sandover Medal with Claremont in the WAFL after leaving the Dockers and is now sharing fitness knowledge with his Mineral Resources colleagues.

See also  Winds of change: how a WA mine site took a leap of faith and won

“I’m giving them some ideas on how to maintain their movement during their swing,” Jones said.

“Guys that are in the crushing room looking at the computer, getting them to do 200 squats during their shift or 100 push-ups while they are in the control room watching the ore coming in and getting crushed.

“It’s giving them little strategies to maintain a bit of physical activity.”

The A Resourceful Life series features interviews with Hogg and resource sector workers about how they have negotiated some of the challenges associated with working away from home.