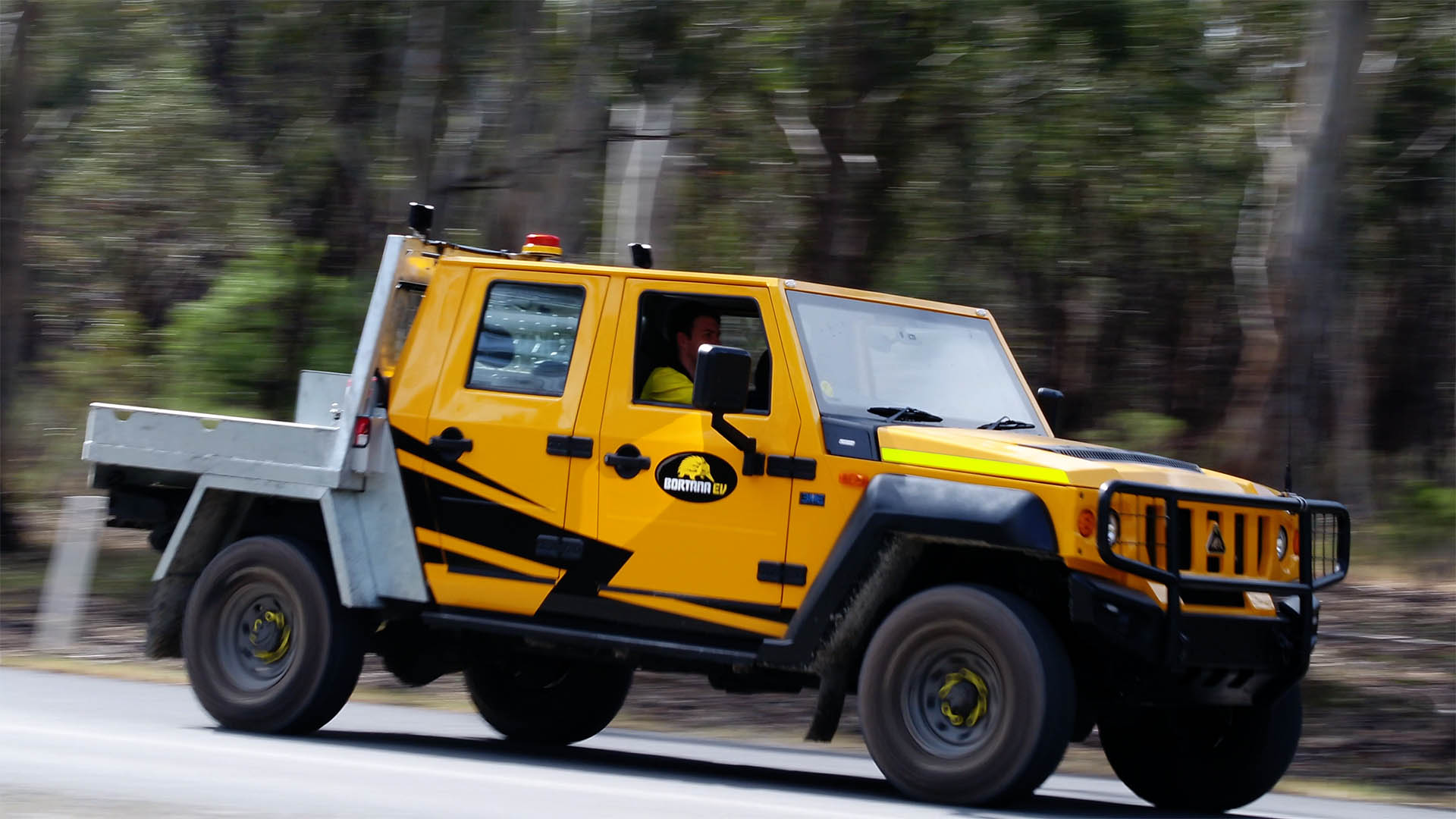 Steve Durkin is no stranger to light-bulb moments but he’s hopeful his latest one will be part of an electrical vehicle revolution in Australian mining.

A graduate of the WA School of Mines in Kalgoorlie-Boulder and mining engineer, Durkin founded mining innovation company Safescape in 2009.

The company’s first patented – and best known – product is the Laddertude escapeway/manway, which is being used at hundreds of mines sites across Australia and as far afield as Ghana, the Democratic Republic of Congo, Mali, the USA, Canada, Ecuador, Chile and Argentina.

But Durkin’s latest innovation is a particularly exciting one. The Bortana EV, as its name would suggest, is an electric vehicle – with a twist. Constructed using the chassis of the Agrale Marrua (a vehicle designed for use in the Brazilian army), the Bortana is a rugged, high-performance four-wheel-drive EV that Durkin hopes will be a long-term replacement for the thousands of diesel-powered light vehicles currently used each day in underground mines around Australia.

Some of the benefits of using electric vehicles underground are immediately obvious, such as the elimination of emissions in often tightly confined spaces and a reduction in heat generation.

Durkin says the absence of a transmission in EVs and their ability to shift seamlessly from forward to reverse while in motion should also lead to safety improvements.

So far the Bortana, which uses battery technology made in Australia by 3ME technology and which is manufactured in Victoria, has been trialled with success by Barminco at IGO’s Nova mine in the WA Goldfields, at Mincor’s Long mine in the Kambalda district, and at the Fosterville gold mine outside of Bendigo in Victoria.

“At the moment diesel vehicles are heavily restricted by ventilation and what output we can get from fans in certain work areas.

“Replacing those diesel vehicles with electric vehicles emitting zero emissions and less heats allows us to act a bit more productively and have more machinery in one area.”

With the ability to travel 30km/h underground and up to 120km/h in high range on an open road, Durkin says the Bortana can match it performance-wise with diesel equivalents.

A full charge lasts a 12-hour shift and the battery is easily topped up underground when needed via a mine-compliant on-board charger.

However, the real benefit of going electric, Durkin explains, lies in the Bortana’s durability. Whereas a traditional diesel light vehicle operating underground might last up to two years as mechanical wear and tear takes its toll, the Bortana has far less moving parts and a predicted life expectancy of eight-to-nine years.

Testing periods of six months haven’t been long enough to fully showcase that hardiness and Durkin suspects mining companies and contractors will be reticent to pay two-to-three times more for EVs in that context.

As such, he envisions putting the Bortana into widespread use initially on a lease basis, with a view to selling more vehicles outright two or three years down the track.

By then, Durkin expects, the suitability of battery power underground will have been demonstrated sufficiently for the industry to also start considering it for use in much larger equipment.

Durkin accepts the Bortana is a “niche” product but believes eventually lifting production to several dozen a month will allow for economies of scale that would appreciably reduce the cost of each vehicle.

The Bortana’s progression from a “light-bulb moment” to an emerging on-the-ground alternative to diesel vehicles is testament to a style of thinking that evolved during Durkin’s own mining days.

Not all those “light bulbs” turn out to be commercially viable but he says they all stem from a willingness to question the way things are done.