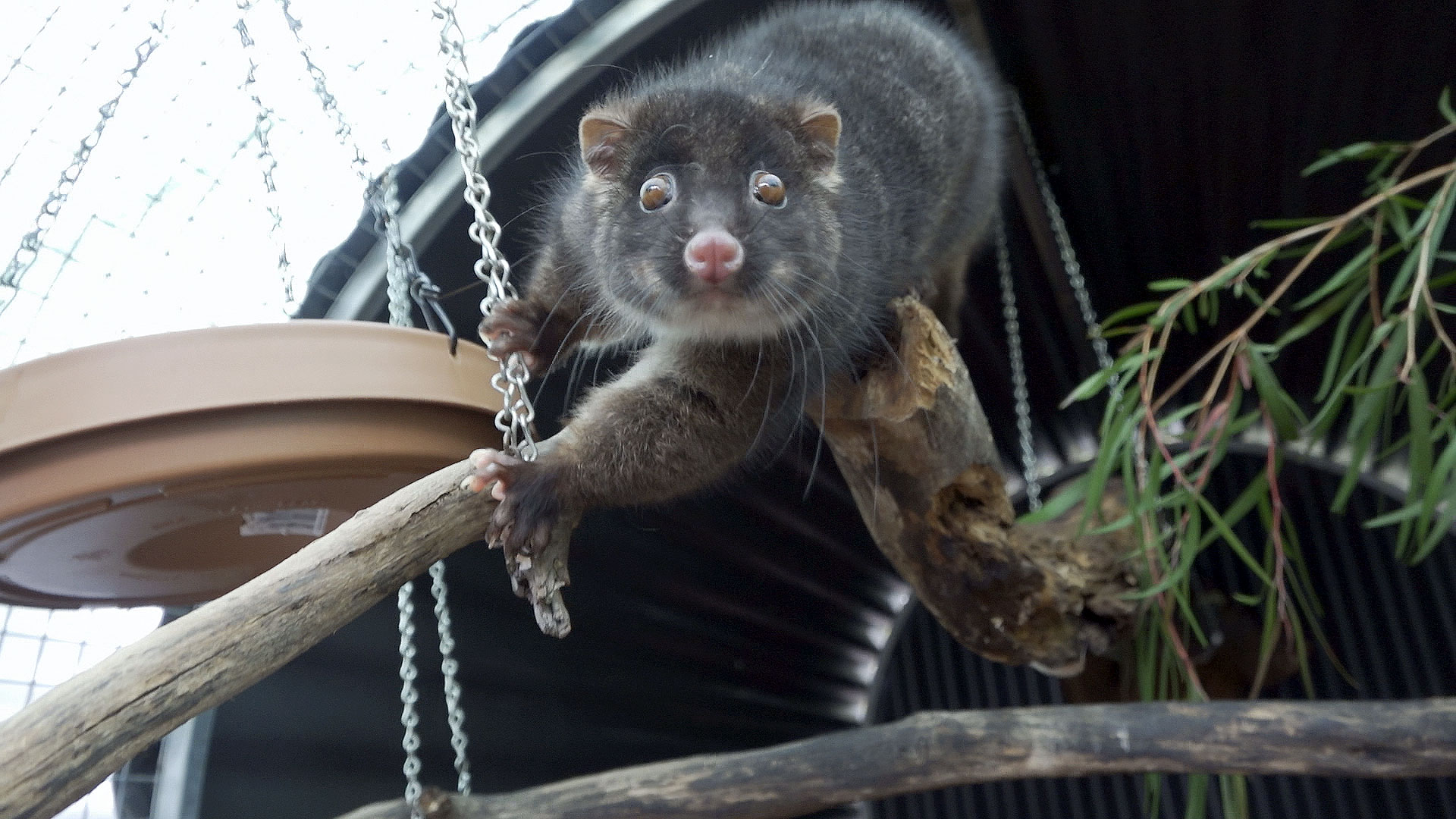 It’s one thing to nurse a possum back to good health after it has been orphaned or abandoned – and another to get it ready to go back to life in the wild.

Which is where Busselton-based wildlife group FAWNA’s possum finishing school comes in.

The school aims to prepare orphaned or abandoned young Western Ringtail Possums – which have become common in built-up areas but very scare in their natural habitat – for life in the bush.

Rescued joeys are raised until they weigh 600g-700g and then moved to the school to get ready for wild release.

“The Western Ringtail Possum is critically endangered – and that’s not because we don’t see a lot of them in Busselton, Capel, Bunbury and Dunsborough,” FAWA President Suzanne Strapp said.

“There are plenty there in the urban areas because of the fertilising and watering of gardens.

“But in the bush they are critically endangered because of fragmentation, because of urbanisation and because global warming is causing the nutrition of trees to change, so they are not as resilient.”

The school’s 41 enclosures – which proved their sturdiness by surviving some fierce winter storms – have been made possible through the support of mineral sands producer Doral.

Western Ringtail Possums are believed to be mainly arboreal and build their dreys (nests) in the branches of trees. But sometimes even those aren’t safe in the wider world.

“Traditionally the Western Ringtail Possum developed to have owls and eagles as its main predator,” Ms Strapp explained.

“The carpet python is another big one for raiding the drey and crows will take a joey off the back of the mother while it’s in the tree.

“But since the introduction of foxes in the 1950s, that’s become the main source of predation of the Western Ringtail Possum.

“The possum doesn’t even need to go on the ground. The foxes are climbing trees to be able to get up to the possums or even low dreys and causing mass destruction. We know from our studies that one fox can take up to three animals a night.

“And with the size of some of the feral cats, there is no hope for a joey possum if a feral cat gets hold of it.”