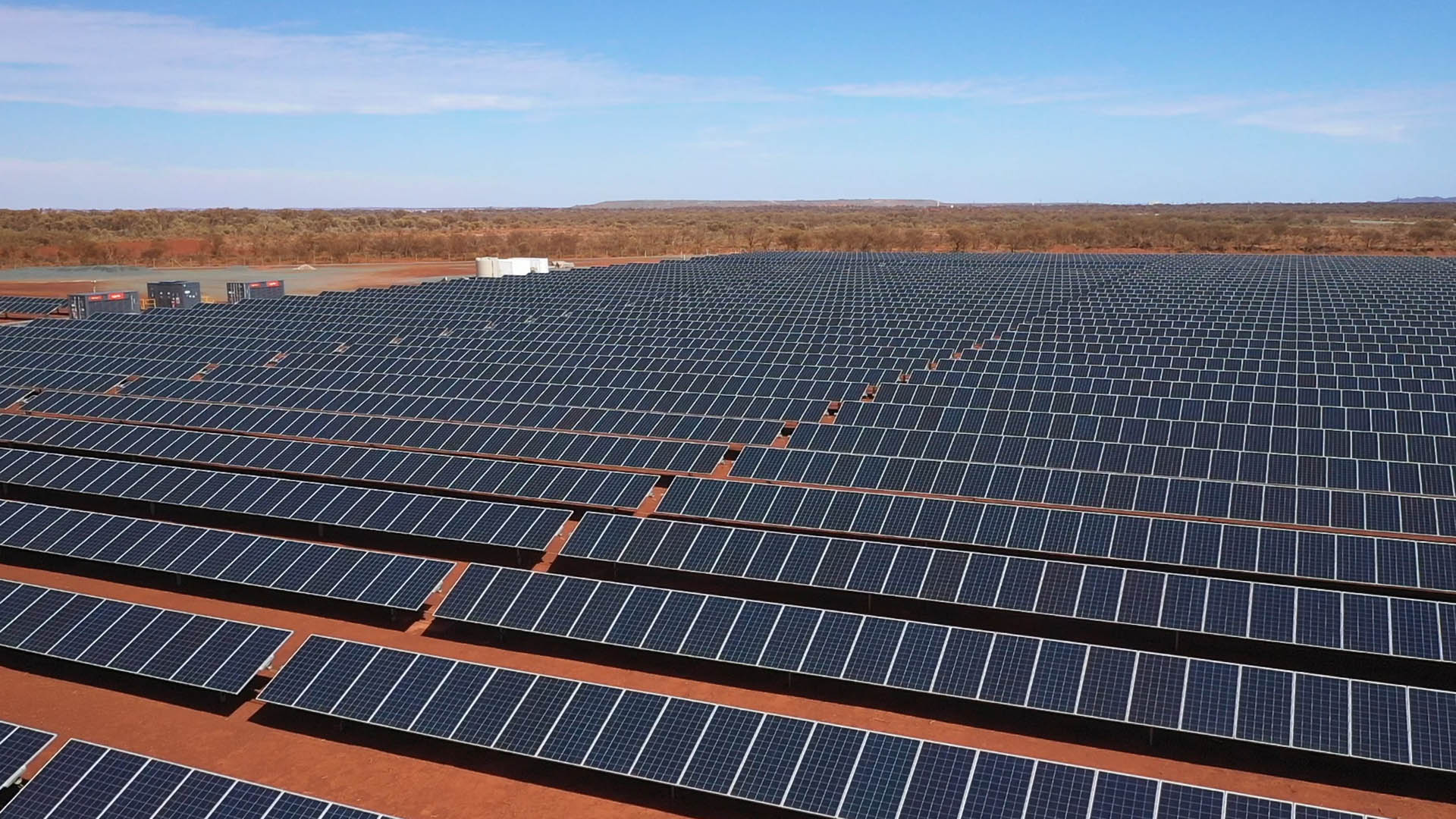 The Granny Smith gold mine in WA’s Northern Goldfields is now home to one of the world’s largest renewable energy microgrids – a project which will reduce the mine’s fuel consumption by more than 10 per cent.

The new hybrid system – integrated with an existing gas-fired power station – is powered by more than 20,000 solar panels and supported by a 2 mega watt/1 mega watt hour battery system.

Operator Gold Fields says the reduction in fuel consumption will be the equivalent of taking 2000 cars off the road, while the production of an estimated 18 giga watt hours of energy each year is predicted to reduce carbon emissions at the mine by 9500 tonnes of carbon dioxide equivalent.

With Granny Smith being located 21 kilometres south of Laverton, Gold Fields Executive Vice-President Australasia Stuart Mathews said the microgrid, which was installed by Aggreko, was a self-contained approach to providing energy in a remote location.

The scale of the Granny Smith solar panels will reduce the need to run thermal generators at the mine.

“Here in Australia and globally our company is committed to addressing climate change impacts by transitioning towards an energy mix that increasingly embraces renewables and lower carbon fuel sources,” Mathews said.

“The Granny Smith microgrid and the renewable energy solution at our Agnew mine are a clear demonstration of the innovative steps we are taking to ensure the ongoing sustainability of our operations.”