Last of the iconic pink diamonds emerges from Argyle 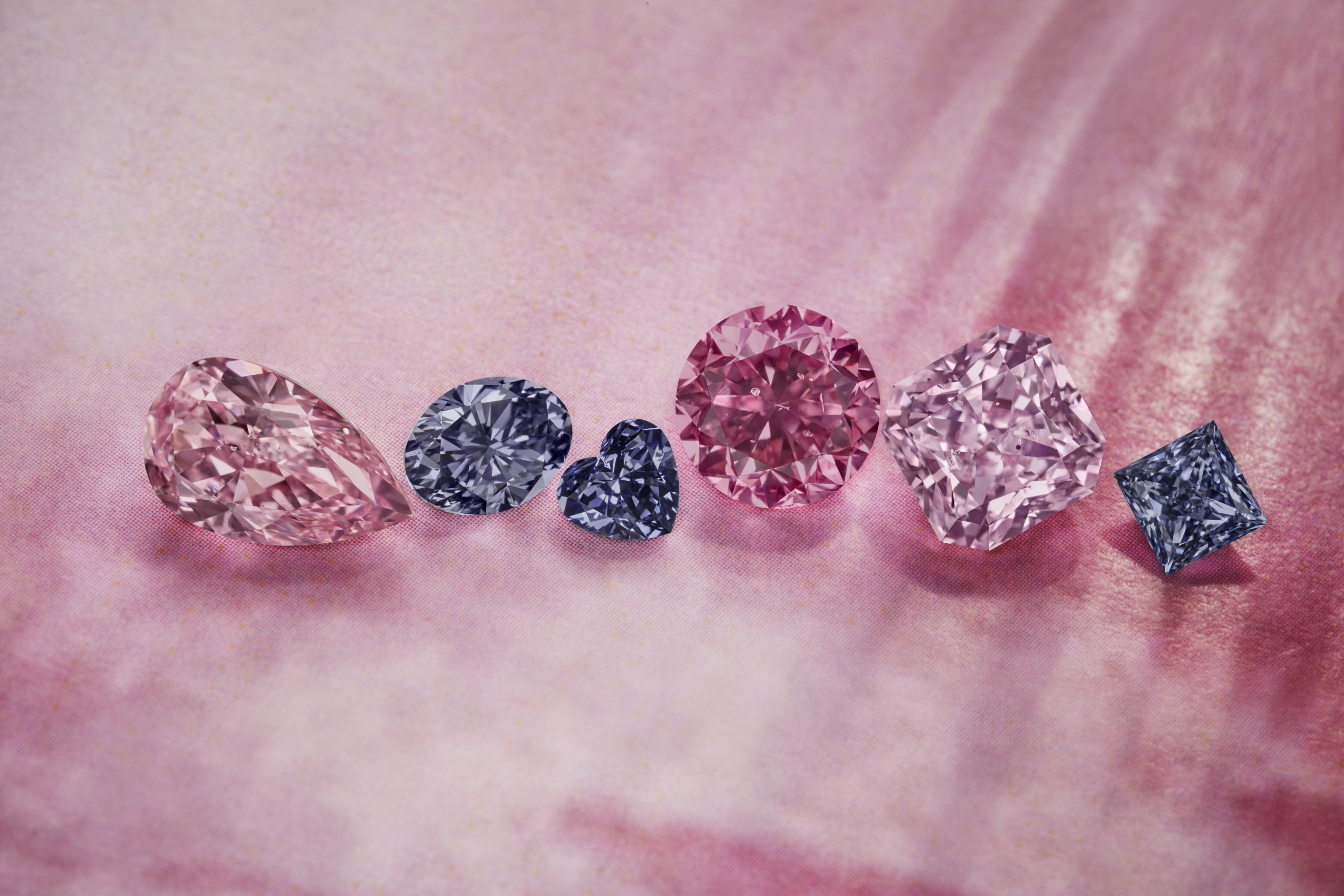 From today WA’s iconic pink diamonds will no longer be produced, with the closure of Rio Tinto’s Argyle mine in the Kimberley.

“50 years ago there were very few people who believed there were diamonds in Australia – even fewer could have foreseen how the Argyle story would unfold,” Arnaud Soirat, Rio Tinto’s chief executive of Copper & Diamonds said in a statement.

“To arrive at this final chapter has required vision, courage and determination to overcome significant challenges to enter new territory in diamond exploration, mining and marketing.”

What are pink diamonds?

The more vivid in intensity the pink diamonds, the rarer they are.

It’s still not completely clear how pink diamonds are formed but scientists have theorised the pink colouration is a result of the diamonds being subjected to enormous pressures when they are formed. In the case of Argyle diamonds, there is a school of thought that a seismic shock propelled colourless diamonds to the surface and altered their molecular structure.

See also  You've probably never seen a mine like this before

“The amount of pink diamonds [at Argyle] was very low in percentage terms but in terms of aggregate production it was very large – which is why Argyle has become known as the world’s biggest and best pink diamond producer,” Tyler explained.

How much are pink diamonds worth?

In two short words – a lot!

Smaller, paler stones can go for a few thousand dollars but the most vivid pink diamonds could potentially fetch up to $3 million per carat.

Rio Tinto has estimated the value of pink diamonds has increased 500 per cent over the past 20 years.

Even Tyler, who says he’s never advised anyone to invest in diamonds, was unable to resist their lure.

“I was really impressed with the first of the pink diamonds and I really had to believe that they would be worth something quite spectacular,” he told Money Minutes.

“And for that reason I bought for my wife a pair of small one-carat rock diamonds. I bought them from a diamond dealer in Antwerp and I carried them in my pocket all around the world.”

“Eventually I had them cut and polished and they are beautiful and I can’t believe what they are worth.”

Argyle’s biggest ever pink diamond – The Pink Jubilee – was unearthed in 2012 and measured 12.76 carats. But when the diamond was being cut it was found to have a major internal fault line and it was eventually donated to the Melbourne Museum.

A pink diamond mined in South Africa, known as the Pink Star and classified as fancy vivid pink in colour, weighed in at 59.6 carat and was auctioned for more than $US71 million in 2017.

While the Argyle mine and those pink diamonds were what the world saw of the Australian diamond industry, the early work that was put into making them a reality was unglamorous and painstaking.

Perhaps nobody understands that back story better than Tyler, who has been part of the discovery and development of Australia’s only three diamond mines.

Tyler said the search for Kimberley diamonds began in 1969, covering more than 160,000 square kilometres of often inhospitable terrain by helicopter, with stop-offs to pick up some 1600 eight-kilogram gravel samples.

“In August of 1979 the laboratory found a number of diamonds in [a sample from] a creek called Smoke Creek up in the East Kimberley,” Tyler recounted.

“As the results started to flow in it was obvious there was something in that creek and when we got to the top, that was the Argyle kimberlite [an igneous rock that often contains diamonds].

“It was very rich to start with. We eventually discovered it was a resource of 6.5 carats per tonne, ten times more than the average for kimberlite around the world. But when we looked at the diamonds themselves, they were very low quality. They were only worth $US6.5 per carat, which was about a tenth of the average diamond price in the world.

“So the revenue per tonne of rock was about average for a diamond mine and that’s what led to the creation of the Argyle diamond mine.

But among those gems were the instantly recognisable and very desirable pink diamonds.

What now for Argyle?

A five-year process will see Rio Tinto decommission and rehabilitate the Argyle mine site and return it to Traditional Owners.

The history of the mine itself is about to become the subject of a book named Argyle: The Impossible Story of Australian Diamonds, which is due for release in early 2021.

Meanwhile, even at the age of 92 Tyler remains actively involved in exploration attempts to find more Australian diamond resources.

“People must think I’m as mad as a March hare,” he said.

“The odds are so against you being successful. Nevertheless, as a nation we’re big believers in horse racing – and I think the odds are about the same for picking the winner of a horse race as finding a diamond mine.”

Ewen W.J. Tyler AM- Why is it more difficult today to find a diamond mine?#brokenhillsymposium #mining pic.twitter.com/SF50sdggJk

— Gold and Alternative Investments (@GoldAlternative) May 25, 2015