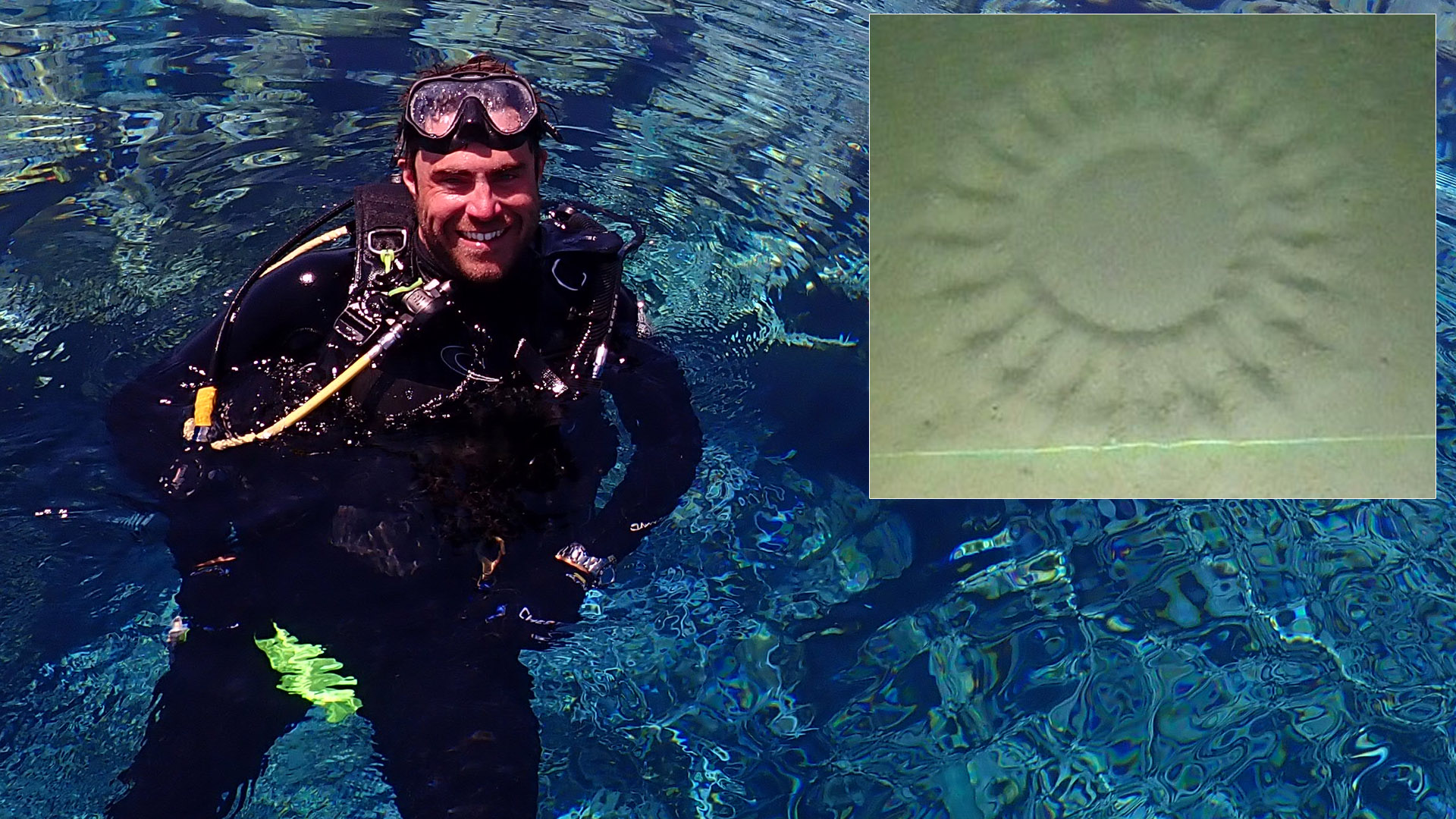 When most people think of crop circles, their minds likely turn to weirdly disfigured cornfields, UFOs, alien visitors and maybe the very human habit of hoaxing.

But the ‘crop circles’ Todd Bond deals with lie on the ocean floor, underneath more than 100 metres of water on WA’s North West Shelf.

Bond, who was announced as ExxonMobil Student Scientist of the Year at the WA Premier’s Science Awards in September, recently completed a PhD at the University of WA that examined how fish species interacted with subsea infrastructure, particularly oil and gas pipelines.

Those 22 ‘crop circles’ – and the small but highly industrious pufferfish that made the nests – have been one of his most prized discoveries.

“Previously these nests had only been found in Japan, in around 30 metres of water,” Bond explained.

“But we found them off the Echo Yodel umbilical in about 130 metres of water while undertaking a survey of fish for Woodside.

“The male puffer fish are approximately 10 centimetres in length but they construct these elaborate nests that can be 2 metres wide. It takes them about a week to do it.

“To find the first of these circles off WA is incredibly exciting.”

Bond’s work has the capacity to be just as exciting for the oil and gas sector, particularly when you take into account there are more than 900 large-scale offshore platforms spread around the world’s oceans – each of them with an extensive network of pipelines and wells.

A traditional end-of-life approach for this infrastructure would dictate that it is removed once it has served its purpose.

But Bond’s research suggests that in certain circumstances there could be another way, one which would be beneficial for rare or endangered species and boosting of important fishery stocks.

Much like shipwrecks and decommissioned boats have been known to act like artificial reefs and create fish habitats, it’s now apparent oil and gas infrastructure could have a similar impact.

Bond’s research found the correlation between fish and other aquatic life being “attracted” to pipelines diminished as water got shallower and was strongest between depths of 80 and 150 metres.

With most oil and gas infrastructure sitting well below human diving depths – some is as much as 800 metres below the ocean’s surface – technology played a necessary and vital role in Bond’s work.

He used his own baited remote underwater video devices (“like a craypot frame, with two cameras in the middle”) but was also indebted to oil and gas operators like Woodside, for historical footage from the remotely operated vehicles they use to inspect their infrastructure.

“The oil and gas operators have been critical to my PhD and my research,” Bond said.

“They provided us with the remotely operated vehicle video, which we couldn’t access otherwise, and from there we’ve built this amazing relationship where they’ve been able to share this video with us and we’ve been able to get some incredible data out of it.

“Woodside also came through with an amazing top-up scholarship and first year scholarship for me.

“That financial backing is critical for PhD students. We typically don’t earn that much so when you get a bit of backing from the oil and gas operators it’s incredible.”

A keen fisherman and diver with a healthy childhood curiosity about the ocean, Bond recalls it being apparently early on that his undergraduate studies would concentrate on marine science.

“We have an incredible team here at UWA, looking at fish – not just in Western Australia but around the world,” Bond said.

“The freedom is the thing I love most about marine science. You can spend weeks and weeks in front of a computer running code and then the next week be in Fiji diving at places hardly anyone has ever dived before.

“The diversity is what I love. You do the not-so interesting jobs to make money so you can put fuel in the boat and go off and do the really cool and interesting things you want to do.

“That flexibility is great and also critical. Flexibility builds creativity and creativity is really important to science and discovery.”