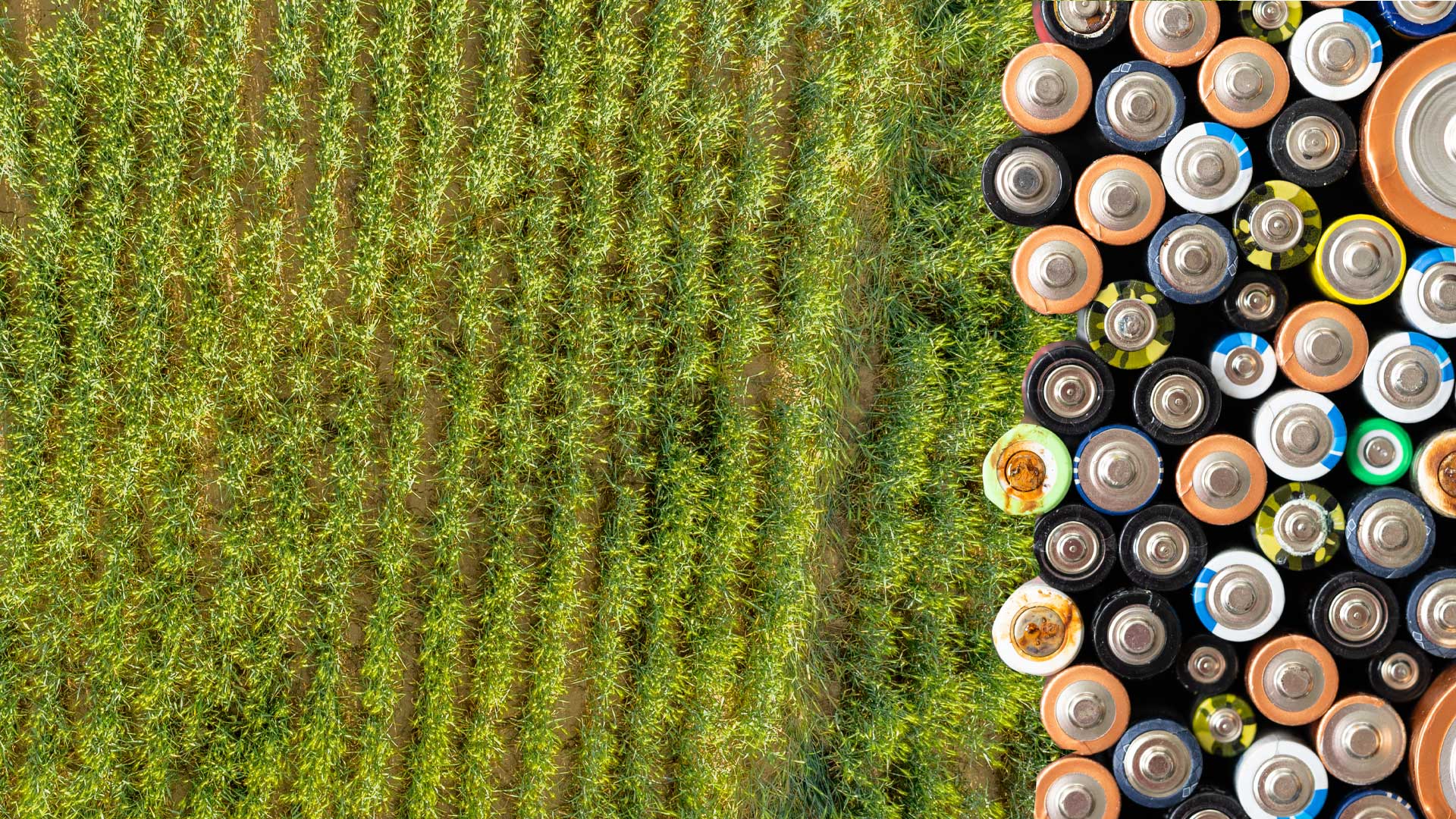 The disposal of used batteries is a vexing issue around the world. In Australia alone it’s been estimated up to 14,000 tonnes of alkaline batteries end up in landfill each year.

But trials on WA wheat crops are indicating these supposedly “single use” batteries could end up having a second life – as micronutrients that supplement traditional fertilisers used in farming.

The trial is being conducted by Envirostream Australia, which is a majority-owned subsidiary of Lithium Australia.

Lithium Australia, which has a technology alliance with Pilbara Minerals and a portfolio of exploratory lithium and graphite projects around the country, states that it aspires to “close the loop” on the energy-metal cycle.

That loop includes using manganese and zinc from battery recycling as slow-release micronutrients to conventional mono-ammonium phosphate (MAP) fertiliser in field trials on wheat near Kojonup, 260 kilometres south-east of Perth.

In September, when Envirostream first announced its initial crop sampling, the hope was that the micronutrients would be particularly useful in the Wheatbelt, where sandy soils are low in zinc and manganese.

Based on the images released today, that ambition is showing distinct signs of being realised. The wheat plants on the left-hand side of the image below received the Envirostream treatmentment, while those on the right were control plants which were given no fertiliser.

Lithium Australia reported that the visual performances of plants receiving Envirostream treatment (far right and second from far right in the image below) were comparable to those receiving currently available commercial fertilisers (second from left and middle below).

“The utilisation of manganese and zinc derived from spent alkaline batteries, shows immense promise as a micronutrient for broad acre farming. The visual results we have seen in our Western Australian field trials speak for themselves,” Lithium Australia Managing Director Adrian Griffin said.

“Envirostream is well placed to provide Australia with a far superior environmental alternative to sending spent batteries to landfill.”

The field trial harvest for the Envirostream crops is planned for mid-December, with follow-up grain sampling set to allow for micronutrient analysis over the lifecycle of the crop.

Recycled battery materials are already being used in farming in Europe, where Finnish company Tracegrow opened its first production facility in 2018.

The micronutrient production process involves separating potentially harmful substances such as mercury and nickel from the useful components like manganese and zinc.