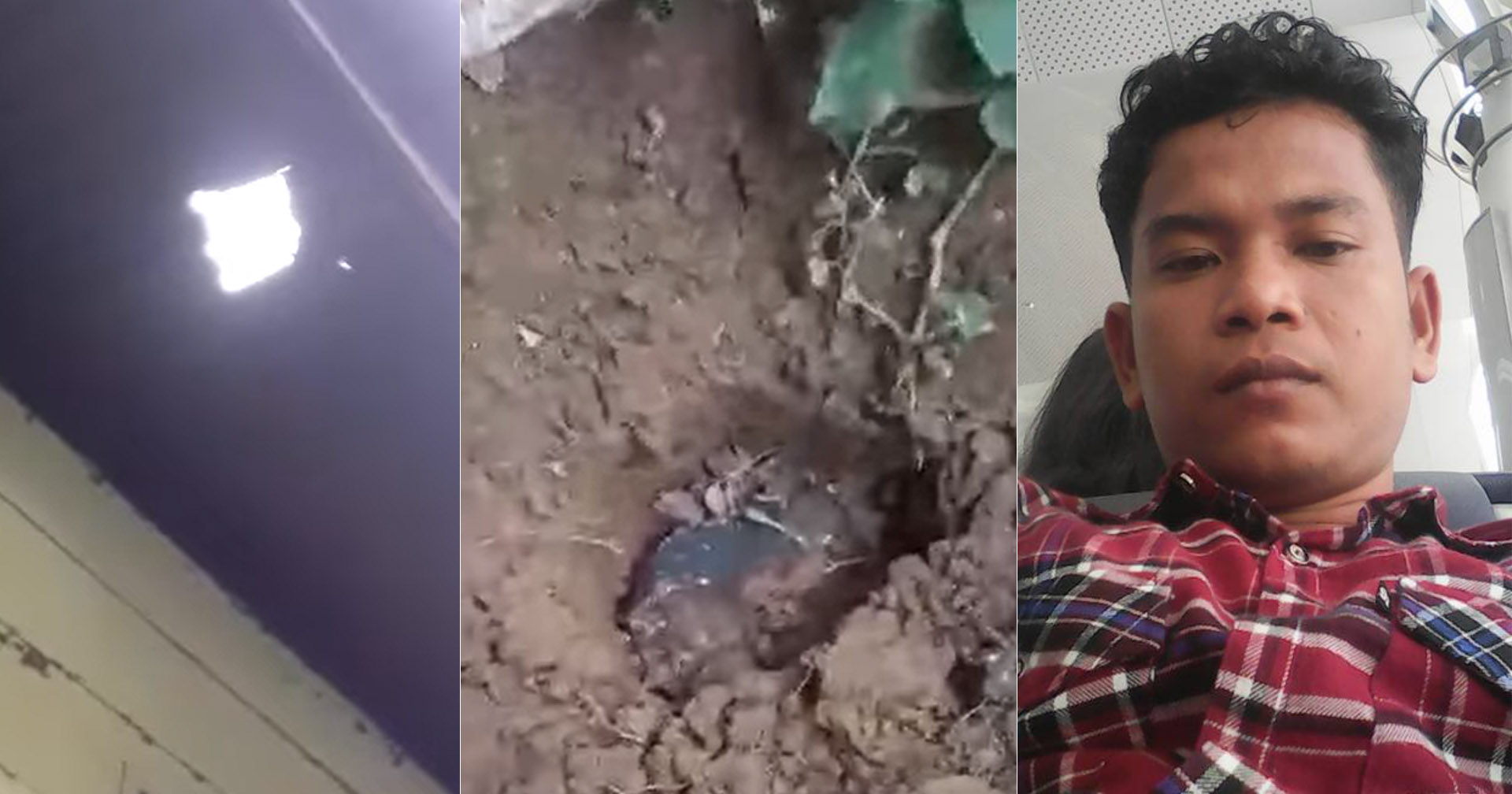 A coffin maker in Indonesia has described the startling moment part of an asteroid more than four billion years old crashed into his house – turning him into an instant millionaire.

Josua Hutagalung, 33, had been out the front of his house in North Sumatra when the 2.2kg “intruder” crashed through the veranda at the edge of his living room.

According to The Sun, the space rock was roughly the size of an English football.

“I was working on a coffin near the street in front of my house when I heard a booming sound that made my house shake. It was as if a tree had fallen on us,” The Sun quoted father-of-three Hutagalung as saying.

“It was too hot to pick up so my wife dug it out with a hoe and we took it inside.”

In an even more incredible development, Hutagalung has now been able to retire and fund the construction of a new church because of the surprise arrival in August.

Space rock expert Jared Collins travelled from Bali to buy the meteorite, which has been classified as classified as an extremely rare material known as CM1/2 carbonaceous Chondrite.

The price tag has been reported as around $2.5 million.

The revelation of Hutagalung’s good fortune comes as group of Japanese researchers wait in the South Australian desert for a similarly-aged asteroid sample to make groundfall in the next three weeks.

The Sydney Morning Herald reported the Japanese space explorer Haybabusa-2 is about to complete a six-year journey of more than 5 billion kilometres by releasing a capsule containing the sample near the Woomera test range.

Hayabusa-2 shadowed the Ryugu asteroid for 18 months from mid-2018, taking samples from its surface, before departing on its return trip to Earth late last year.

With future plans to mine the moon and asteroids gathering momentum, the samples returned from Ryugu are expected to offer critical information about the resources contained in near-Earth asteroids.

NASA announced in September that it was prepared to pay for the commercial extraction of space rocks and other dirt from the moon.

The next mission for Hayabusa-2 will see it interact with another asteroid early next decade, to find out more about the potential threat large space rocks pose to our planet.