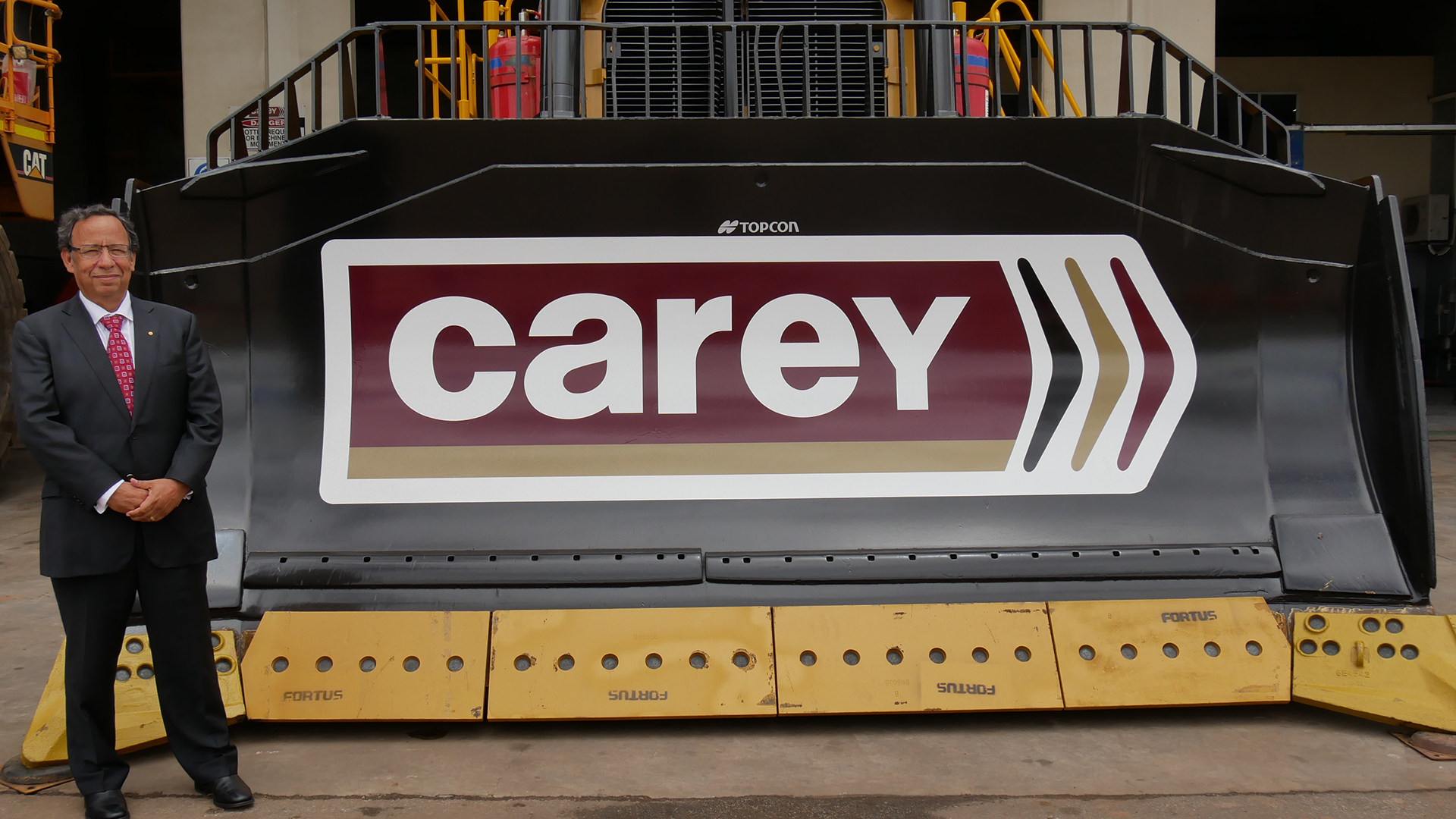 Twenty five years ago, in the remote northern Goldfields of Western Australia, Daniel Tucker did something that was at the time unusual and which in hindsight has turned out to be quite remarkable.

It’s not just that Tucker, along with his two brothers and his brother-in-law, borrowed more than $6 million (a figure that translates to more than $11 million in 2020). It’s that they used that money to set up an entirely Aboriginal-owned business.

“When we started out [in 1995], there were no companies like ours in the Goldfields,” Tucker recalls.

“There were none in WA and hardly any in Australia. I’m talking about Aboriginal contracting companies, there were virtually nil.

“It was a very proud moment. I had people from all over Australia calling and saying ‘Daniel, what did you do and how did you do it?’”

A quarter of a century later, Carey Mining – as that business was christened – can lay claim to being the most successful Aboriginal-owned business in the country. That initial $6 million has been transformed into hundreds of millions of dollars in contracts, tens of millions of dollars’ worth of machinery and long-term relationships with the likes of AngloGold Ashanti, BHP, Rio Tinto and Fortescue Metals Group.

It’s also provided a pathway into the mining industry for thousands of Indigenous people. But its greatest achievement is likely still in the future – because Tucker has his mind set on Carey establishing Australia’s first Aboriginal-owned mine.

What’s in a name?

The name “Carey” may not necessarily jump off the page as one you’d relate to an Aboriginal enterprise – but it’s worth reflecting on both the era in which it was established and the geographical region in which the company has its roots.

“We were living in Laverton…and when you’re setting up a name for a company, it’s very hard,” Tucker explained.

“We deliberately didn’t give our company a Wongutha or a Wongi name [because] it’s hard to spell, it’s hard to pronounce and the sound of the name might mean something else in someone else’s language.

“We looked around Laverton and thought ‘what’s the biggest natural landmark?’ It’s Lake Carey… and it was a safe haven for our people – when it would rain in the olden days, water used to be captured around the side of the lake and it would be fresh for a couple of weeks.

“That used to bring food to the spot and it was a place of survival. So it was natural to look at that and call our company Carey Mining.”

The rise (and growth) of Carey Mining

Carey’s most significant early project was with Acacia Resources, which operated the Sunrise Dam gold mine outside of Laverton.

That relationship continues with AngloGold Ashanti (which acquired Acacia in 1999) and has now carried on to the company’s Tropicana mine north-east of Kalgoorlie, where Carey Mining runs a Get Into Mining course that is producing Aboriginal trainees.

In many ways, the enduring AngloGold partnership symbolises the 25-year journey of Carey, which has maintained strong relationships with some of the country’s biggest mining companies while also significantly expanding its own service offerings and capabilities.

Carey Mining now has upwards of 200 staff, more than 35 per cent of whom are Indigenous.  Contracting remains a core part of its business model but Carey is now also involved in marine and civil work (such as the sealed surfacing of parts of the Outback Way out of Laverton), the construction of mining camps, a variety of community initiatives (including the Carey Education Trust) and even the provision of stationery to mining companies.

One of its busiest arms is Carey Training, a registered training organisation that offers courses in WA, South Australia, the Northern Territory and Queensland.

“We train about 1500 people a year and we’ve been doing that for 15 years – and more than half of those people are Aboriginal people,” Tucker said.

Despite the fact Carey Mining is turning 25, Tucker still believes Aboriginal businesses are a relatively “new phenomenon” for Australia.

“We were in the first wave of Aboriginal businesses – and we’re still riding that first wave,” Tucker said.

“There’s an evolution of Aboriginal entrepreneurs and they are saying is ‘if my uncle can do it, if my granny can do it, then I can do it’.

“The cycle is starting to change.”

In October 2020 Carey Mining became the first Aboriginal business to exhibit at the famous Diggers & Dealers Mining Forum in Kalgoorlie-Boulder.

Tuckers hopes to be back at Diggers in future years presenting on stage – with an even bigger story to tell.

For several years Tucker has had his sights on what might once have looked like an impossible dream: the establishment of Australia’s first Aboriginal-owned and operated mine site.

He recently stepped down as chairman of the Australian Aboriginal Mining Corporation, which in recent years had emerged as a frontrunner to achieve the milestone in the Pilbara.

But he’s hopeful the goal can now be achieved by Carey Mining.

“I’ve been working in mining all my life. When you look at where mining is happening and what Aboriginal involvement is, within mine ownership it’s basically zero,” Tucker said.

“We’ve been mining in the Goldfields and Kalgoorlie for 125 years and there are still no Aboriginal people who have got ownership of mines.

“As we move forward in time, hopefully opportunities will present and make sense and in those opportunities Aboriginal people will have ownership and projects.

“It’s important from where we sit as Carey Mining and as myself.”