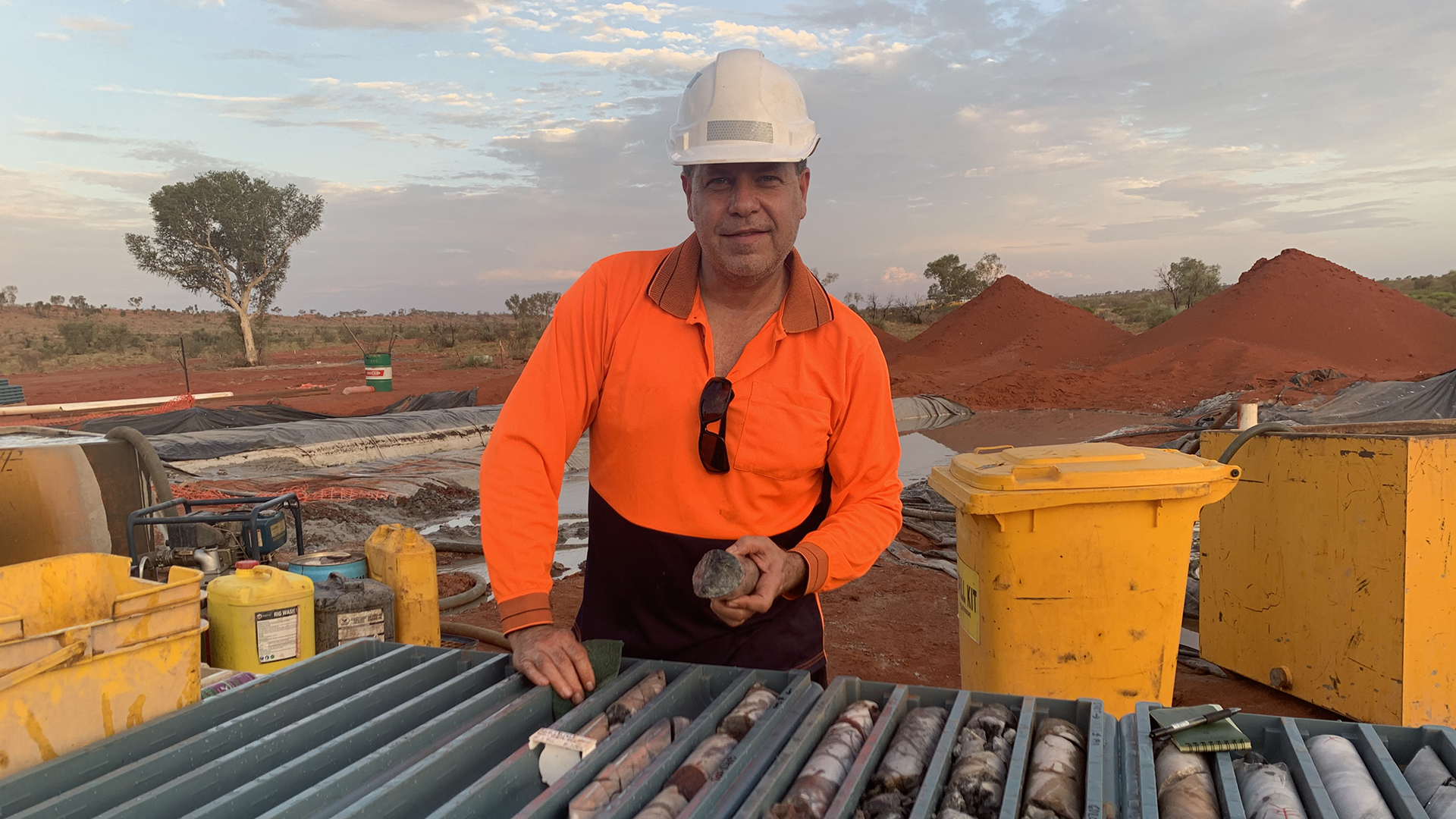 When Jayson Meyers was a young boy in California, he’d take trips out to the desert with his family and stare up at the geological layers on the face of the Sierra Nevada Ranges.

“It looked like someone had painted them,” he recalled.

“In my mind I could guess how they formed without any formal training. Then when I heard that geology was an actual science and that people got paid to look at rocks, I was in.

“I said ‘this is really me, this is great’. I’m in the mining industry now and we look at rocks all the time and help our clients mine them.”

The young Meyers went on to study geology at an undergraduate level at California State University, before undertaking post-graduate studies (including a PhD) at the University of Miami. Those foundations set him on the path to a career that includes a stint as a lecturer in Papua New Guinea, which in turn paved the way for his move to WA.

“I was working with a lot of Australians [in PNG] and I just had this gravity to come to Perth – it seemed very similar to California,” he said.

“I thought people that drink these big cans of beer and wear short shorts and funny-coloured socks can’t be too bad, I’ve got to go check that out.

“I’ve been here ever since and I love it. This is home.”

After finding his way to Perth, Meyers spent a decade teaching at Curtin University and is now closing in on 20 years in charge of his own company, Resource Potentials.

“I worked in the mining industry for companies and over time realised that I like to look at lots of projects,” Meyers explained.

“So I set up a consultancy business, we have a bunch of staff and we look at commodities all over the world, – everything from lithium that goes into batteries, to gold that goes into jewelry, to iron ore.

“We even find groundwater. Geology and geophysics are used to image what is happening below the earth, so there are environmental applications as well.”

Throughout that 30-year journey, Meyers says the thrill of making discoveries has never diminished.

“My favourite part of being a geologist is being outside and looking at core samples as they come out of the ground,” Meyers said.

“You just don’t know what’s going to come up.  You think you have an idea and then you get some surprises.

“One of the best things is making a mineral discovery. You’ve put all this work in, you’ve put your reputation on the line, the investors put in the money, the team around you support your ideas, you drill and then you see some sparkly rocks coming up.

Of course, some discoveries are bigger than others – and if Meyers’ name seems familiar at all, it’s probably because of his role in the discovery of a hidden asteroid crater potentially up to five kilometres wide and 250 million years old outside of Ora Banda in WA’s Goldfields.

When a drilling team from Evolution Mining noticed some unusual results, they called in Meyers who has forged a scientific side-hobby in crater hunting.

He believes that by learning from the ancient past, it’s possible to predict and perhaps manage future events.

“By understanding these impact structures people will look to the skies and we may be able to avert a disaster,” Meyers said.

“As outrageous as asteroid impacts seem they are actually real. So we’re doing the CSI and looking at these ‘crime scenes’ and how they happened.

“Hopefully we can prevent the next ‘crime’ from happening.”

Not all geologists will be lucky enough to make an asteroid discovery but Meyers says anyone looking at going into the field can look forward to plenty of adventure.

While technology means some geology work can be undertaken in an office, it’s definitely not a desk-bound occupation.

Meyers has some simple advice for students considering geology as a career option.

“I’d say go out look at some rocks, get a minerals collection, get a basic geology book, go to museums and go to unis and talk to people in the geology departments,” he said.

“Walk around those geology departments and see if you feel it in the heart that’s what you really want to do.

“If you really believe it’s a career path for you try, then to do well in science, and prepare to travel a lot and go out bush. You’ll probably have to like camping and getting flies up your nose and drinking lots of water so you stay hydrated!

“You can’t just sit behind your desk all the time. It’s something that has to come from the heart.”