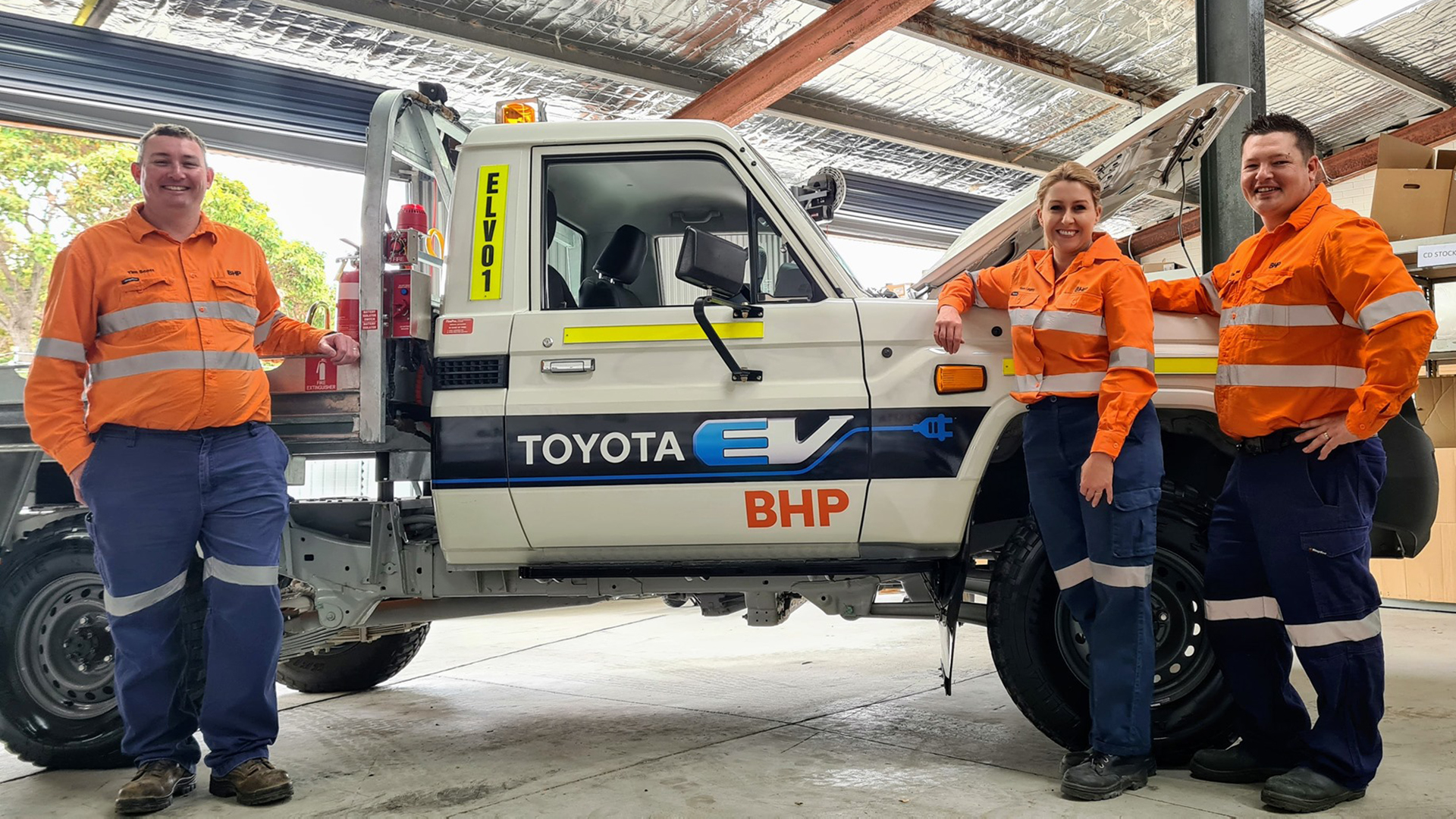 BHP will become the latest WA miner to trial an ‘electric ute’ after announcing a new collaboration with Toyota for its Nickel West Cliffs underground mine in the northern Goldfields.

As a result of the partnership, a Landcruiser70 has been converted from running on diesel to being entirely battery-powered and will fill a number of roles both above and below ground on site.

The BHP venture follows the successful trial of the Australian-built Bortana EV by Barminco at at IGO’s Nova mine in the Goldfields and at Mincor’s Long mine in the Kambalda district.

BHP is targeting a 30 per cent reduction in operational emissions by 2030 and Nickel West Asset President Eddy Haegel said the electric light vehicle was another step towards that goal.

“We anticipate seeing a reduction in fuel and maintenance costs, in addition to a reduction in noise, heat, and diesel particulate matter,” Haegel said.

“The battery in the Toyota EV Landcruiser also contains a high proportion of nickel.

“With Nickel West being both a battery raw material producer and consumer in the electric vehicle market, it is a terrific opportunity to support Toyota with their understanding and development of electric vehicles for the mining industry, whilst also reducing the carbon footprint from our own nickel operations.”

The Bortana’s inventor Steve Durkin told resourc.ly last year that electric light vehicles could match it performance-wise with their diesel equivalents, and were more durable from a mechanical perspective because of their comparative lack of moving parts.

He also predicted they could help improve mine site safety.

Durkin said the electric vehicle revolution was starting to gain traction in Australia.

BHP has already been trialling the use of electric vehicles at its Olympic Dam mine in South Australia and the Broadmeadow operation in Queensland.