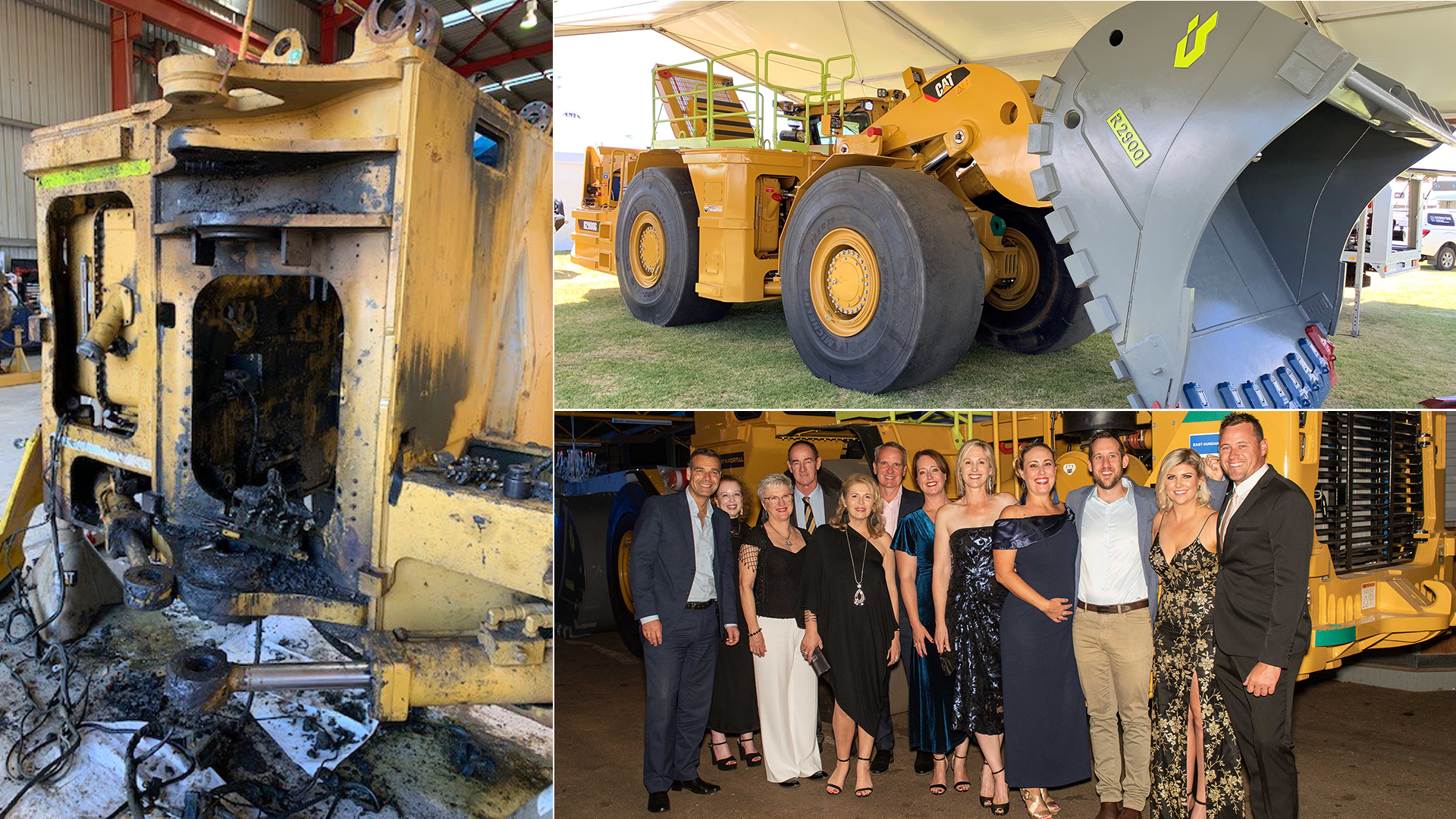 As far as hare-brained ideas go, Michael Worthington’s turned out to be a pretty handy one.

When the owner-director of Kalgoorlie-Boulder-based Worthy Parts learned in 2018 that leading gold producer Northern Star was looking to dispose of a R2900G underground loader from its East Kundana joint venture, he figured there was an opportunity.

But not your standard commercial opportunity. Instead Worthington saw an opening to rebuild the machine and then sell it off to help charities.

“It was a hare-brained idea that I’d had in the back of my mind for a while. I mentioned it to some of the team here at Worthy Parts and got a few eye-rolls,” Worthington recalled.

“But then I mentioned it to the right bloke at Northern Star and he basically said ‘what a great idea, I’ll give you the machine to start things off.’

“The machine itself was probably worth $100,000 to $150,000 on the open market. And so from this harebrained idea I’ve suddenly got this asset to kick start the project and I’m trying to work out how to get people on board.”

And so the Mining Legends campaign started. Worthington soon learned that “getting people on board” was the least of his worries, with more than 50 local businesses eventually contributing services, goods and time to the rebuild.

The mission was to take a machine that had reached “end-of-life” status – about 18,000 hours of operation – and restore it to a “zero-hour” condition that would allow it to return to work.

“The easiest thing I found was people willing to donate to the project,” Worthington said.

“And we’re not talking about small donations either. We’re talking about people who have donated anywhere up to $60,000 to $70,000 worth of an item and services to the project.

“But to do it in a different way, that really resonated with people. They were more than willing to show off their services and skills sets.”

The machine was rebuilt in a 10-month span between the Worthy Parts Industry Link Mining Expo of 2018 and the corresponding event in 2019.

By that time, assisted by a board that included Kalgoorlie-Boulder Mayor John Bowler and prominent local lawyer Bill McKenzie, a buyer had been found as well.

Fittingly, it was one that was both close at hand and close to heart.

“The whole time my thought was that I wanted to see this machine go to work up at the Super Pit – and I’d heard whispers the Super Pit was looking for two or three of these rebuilt machines over a 12-month period.” Worthington said.

“What better way to get this thing done and up and running than to have it working in Kalgoorlie?

“The hardest thing was probably trying to convince people that it wasn’t some type of backyard operation. But once a few more people found out more about it, it was easier to sell.

“We had people ringing up trying to buy it before we had sold it to [Super Pit manager] KCGM but I told them I’d given first rights to KCGM.

“Once Northern Star and Saracen became co-owners of the Super Pit, I felt a bit more relaxed from a contract point-of-view.

“I bumped into [Saracen Managing Director] Raleigh Finlayson in December 2019 and he said ‘I hear I’ve just bought half your loader.’”

The final sale price was around $1.1 million, with KCGM tipping in another $100,000 for a gala event celebrating the donors who helped turn Worthington’s “hare-brained” idea into a reality.

Proceeds from the sale were split between the Golfields Esperance Community Trust and Miners’ Promise, a national organisation which assists and supports resources sector members and their immediate families impacted by crisis events or death.

“Miners’ Promise is probably the organisation that people were most excited to hear about in Kalgoorlie-Boulder, because it sort of hits home to everyone in the mining industry – you want to come home safe every night,” Worthington said.

“I’ve got kids of my own and a lot of our staff do as well. We’re working in a safe environment but also one that can sometimes present dangers.

“You never know what’s around the corner and an organisation like Miners’ Promise puts itself out there to help people in times of need.”

With the success of one Mining Legends venture under his belt, Worthington has been asked plenty of times whether a sequel is on the way.

The loader rebuild was a steep learning experience, particularly with regards to the governance and paperwork that go with such a large charitable undertaking.

But Worthington says he’s definitely wiser for the experience.

“We’re looking at new opportunities and people to partner with but we haven’t decided what direction to take it just yet,” he said.

“There’s definitely an appetite out there in the community to see another one.”