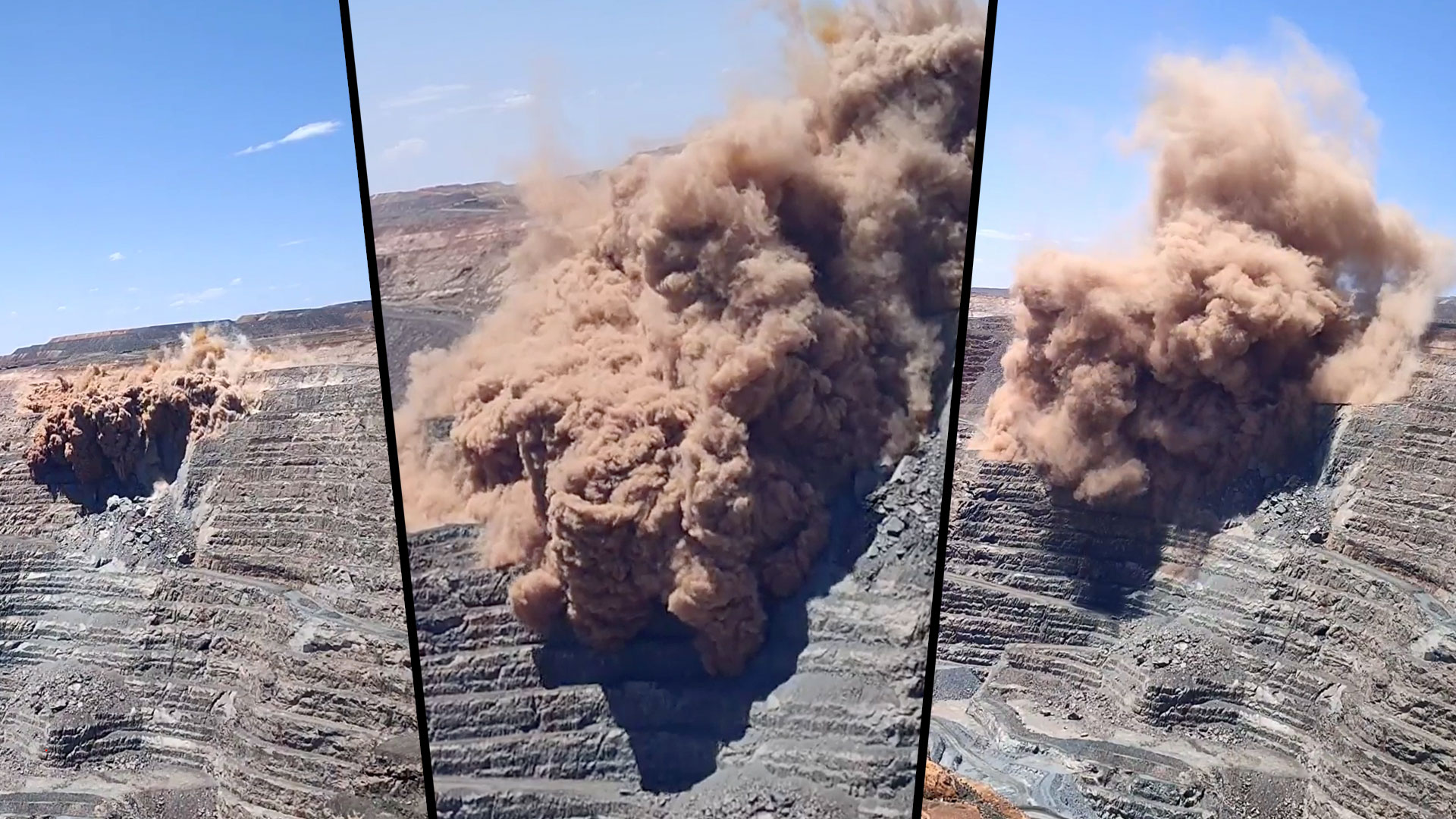 Kalgoorlie-Boulder’s iconic Super Pit has unleashed its biggest blast for years, moving close to a million tonnes of dirt with the assistance of more than 200 tonnes of explosives.

The blast, which required the drilling of 1780 holes over nine days and involved four days of explosives loading, was part of the east wall cut back which will extend the mine’s life.

The Super Pit is famed for being visible from space but spectators for today’s blast – which was initiated by East Kalgoorlie Primary School students – were much closer at hand.

As this video from the Kalgoorlie Miner shows, plenty of locals headed to the Super Pit lookout to get a glimpse of the detonation

KCGM said all explosives had been laid in accordance with strict safety procedures and that wind conditions had been monitored to minimise potential impacts to the community.

The blast attracted plenty of attention on social media and the scope of it was highlighted by the perspective of this photo from town:

On the day of Joe Biden’s inauguration, even a one-time US Presidential hopeful was there to take it all in. Well, sort of!