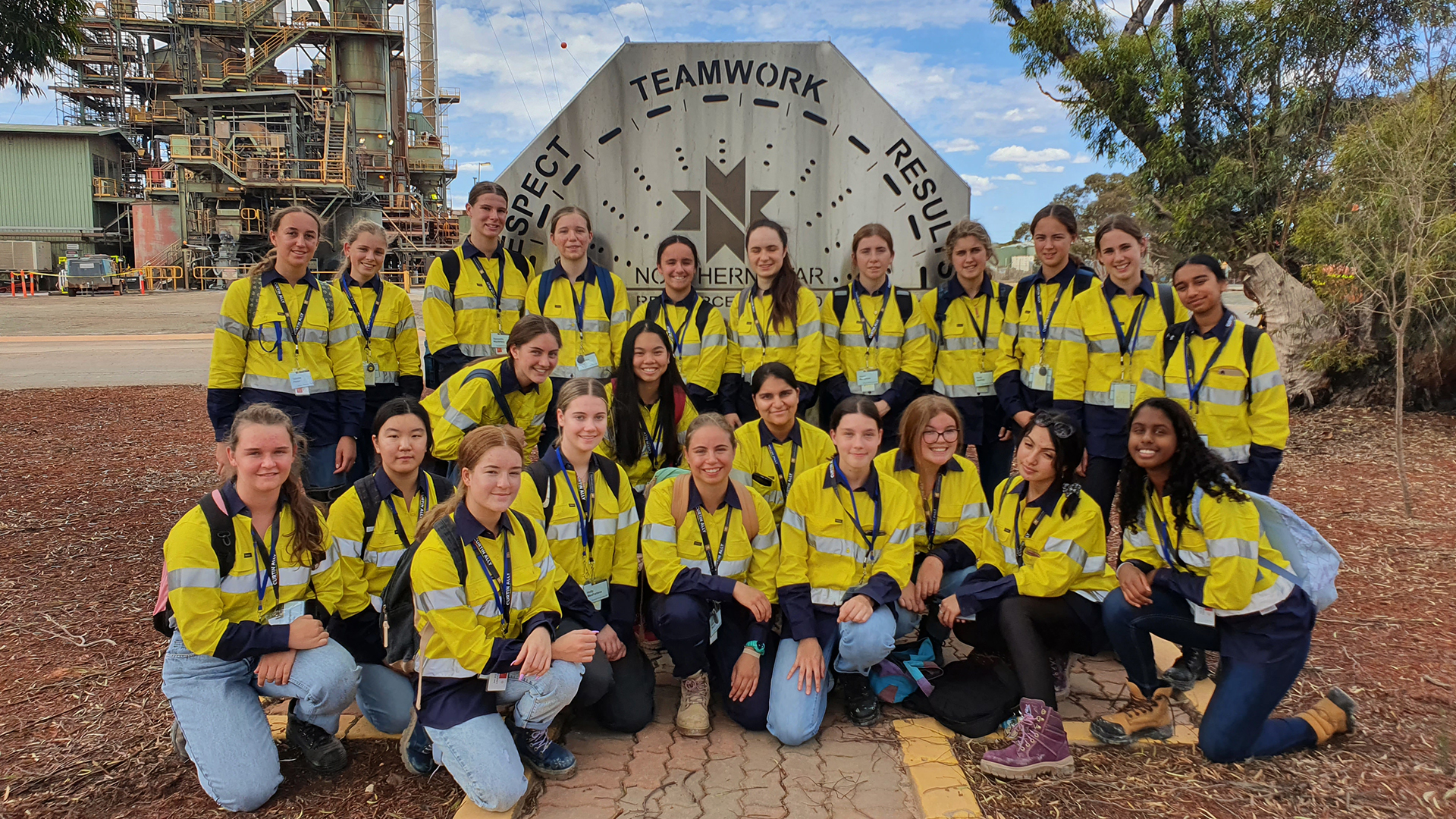 Kalgoorlie-Boulder may not necessarily spring to mind as a place teenage girls would be queueing up to visit during summer but that was exactly the scenario which played out this week.

The girls in question were part of a 48-strong contingent of Year 10, 11 and 12 students from around WA attending the annual Girls Focus On Mining Camp, having volunteered to spend part of their school holidays building on an existing interest in science, engineering and the mining sector.

The group of 48 was double the attendance from the previous year but represents only a small percentage of the 300-plus girls who initially expressed an interest in the camp, which is supported by Super Pit co-owner Saracen Mineral Holdings and run by Curtin University’s WA School of Mines (WASM).

WASM Kalgoorlie Campus Director Sabina Shugg said the camp aimed to showcase the many aspects of working life in the mining sector.

“We really want to get that message across to high school students – both girls and boys – that there are lots of opportunities available to them in mining,” Shugg said.

“The more diverse teams are, the better they will perform. One of the things we want to show students is that mining is much more than digging dirt.

“There’s a whole value chain, from the environmental side of things to geology, understanding the optimisation of mine operations, controlling waste and working with the indigenous community and wider communities.  WA is also very much leading the way in terms of technological innovation in the mining sector.

“There’s such a broad range of opportunities that go far beyond the old cliché of a dump truck in a pit.”

The camp included a five-day stay at WASM’s Agricola accommodation, along with visits to the Super Pit, BHP Nickel West’s Kalgoorlie smelter, Northern Star’s Kanowna Belle mine site and the Museum of the Goldfields.

Shugg said while this year’s intake included daughters of both WASM graduates and mining engineers, some of the girls would have had little or no previous exposure to the sector and the wide variety of jobs in it.

The camp also provided a first look for some attendees at the growing levels of female participation in the sector, bringing to mind the old adage that “you can’t be what you can’t see.”

“One girl was talking about her interest in geology and I think it’s really important to have a camp like this that helps people work out what life as a geologist is actually like,” Shugg said.

“From looking at rocks, to the mine shaft at Mount Charlotte, the history of the museum, the Super Pit and all the activity at the smelter – there’s a lot the girls have been able to see on this camp.

“All of that makes mining very real to them.”

Although the Kalgoorlie-Boulder camp could only accommodate 48 girls, WASM aims to showcase the opportunities available in mining to all those who expressed an interest in mining.

A further 24 girls undertook a day trip to South32’s Worsley mine site and refinery in WA’s South West, while there are preliminary plans in place to run mixed Focus On Mining camps in the Goldfields in April, July and October.

A Focus On Mining Forum being planned for Perth in April will have room for around 200 attendees, with hopes the event will also be able to incorporate trips to mines around the State, including in the Pilbara.

Shugg said the forum would highlight an even wider range of mining sector jobs.

“Even if you study law or marketing at university there are opportunities for you in mining,” she said.

WASM is seeking mining companies available to support both the mixed Goldfields camps and the day trips accompanying the forum.

Companies seeking to register their interest should contact Sabina Shugg at Sabina.Shugg@curtin.edu.au