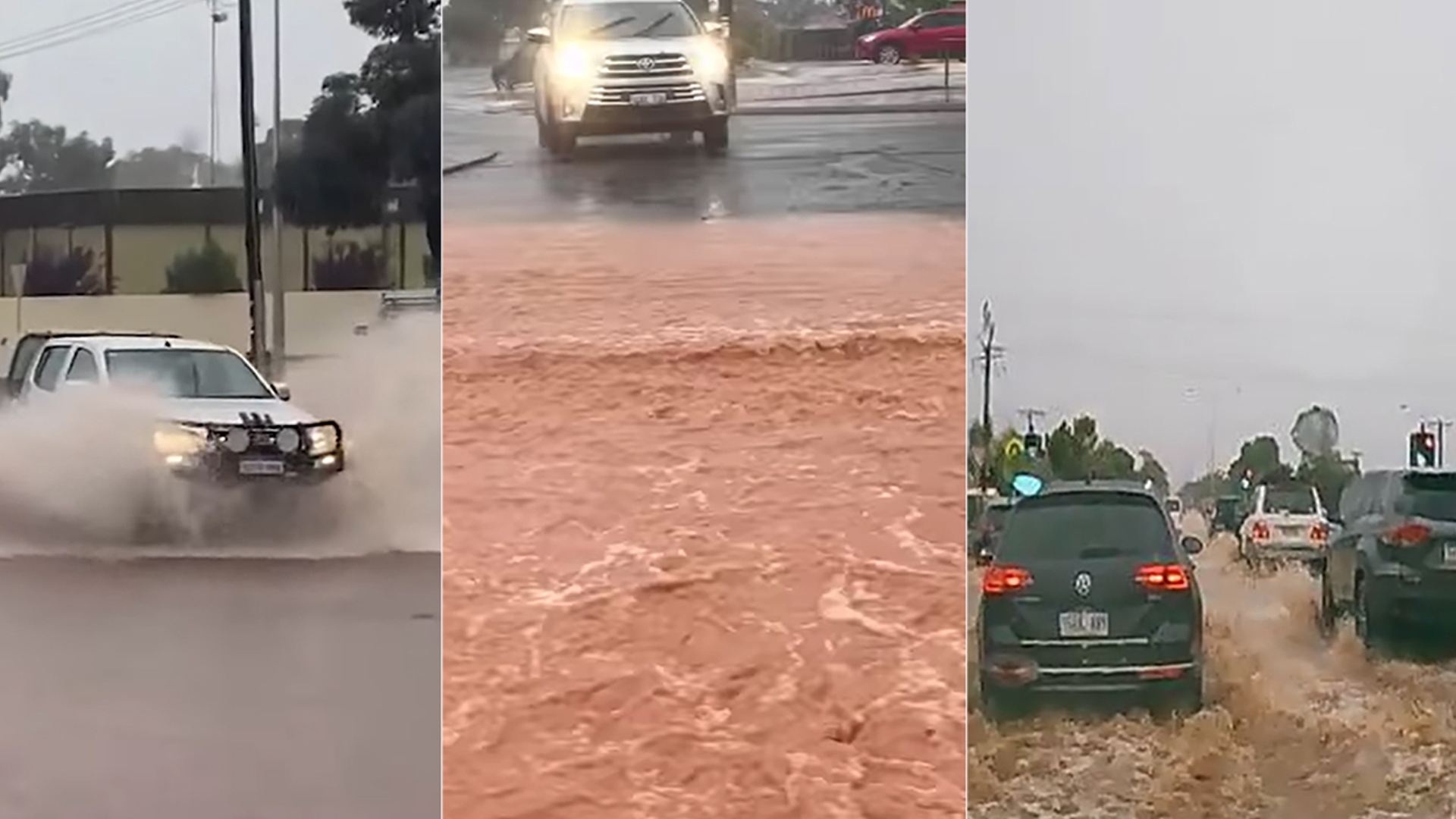 Kalgoorlie-Boulder is famous for once having streets that were paved with gold but this week those roads have turned into something more akin to rivers.

Through the past two days, the Goldfields mining city has copped more than 82mm of rain – more than double its February average, the equivalent of its average rainfall for January, February and March combined, and the best part of a third of its average yearly rainfall.

And for anyone who has ever been in Kalgoorlie-Boulder during a storm, that can mean only one thing: water cascading down the gutters of the extra-wide streets.

Of course, this wasn’t your average summer shower. Given that it was Kalgoorlie-Boulder’s wettest February day since 1995 and its wettest day overall since January 2016, there was plenty of water in the middle of these streets as well…as these amazing photos and videos would attest.

This week’s deluge took Kalgoorlie-Boulder’s rainfall to date in 2021 from 10.8mm to more than 90mm. The 78mm which fell on Wednesday was also the first day of more than 10mm of rain in the city since early November.

In keeping with the wintery conditions, Kalgoorlie-Boulder’s maximum temperature on Wednesday was just 18.6 degrees, nearly 14 degrees below the February daily average.

Elsewhere, a tropical low which had been hovering off WA’s north-west coastline did not turn into a cyclone but left plenty of rainfall as it started its trek down the coastline.

The system is expected to wind its way to Perth over the weekend and deliver as much as 40mm of rain across Saturday and Sunday.

The onset of cooler conditions and rain in Perth comes as firefighters battle to bring under a control a Hills bushfire that has already destroyed more than 70 homes.