The redeployable solar offering flexibility to remote WA mine sites 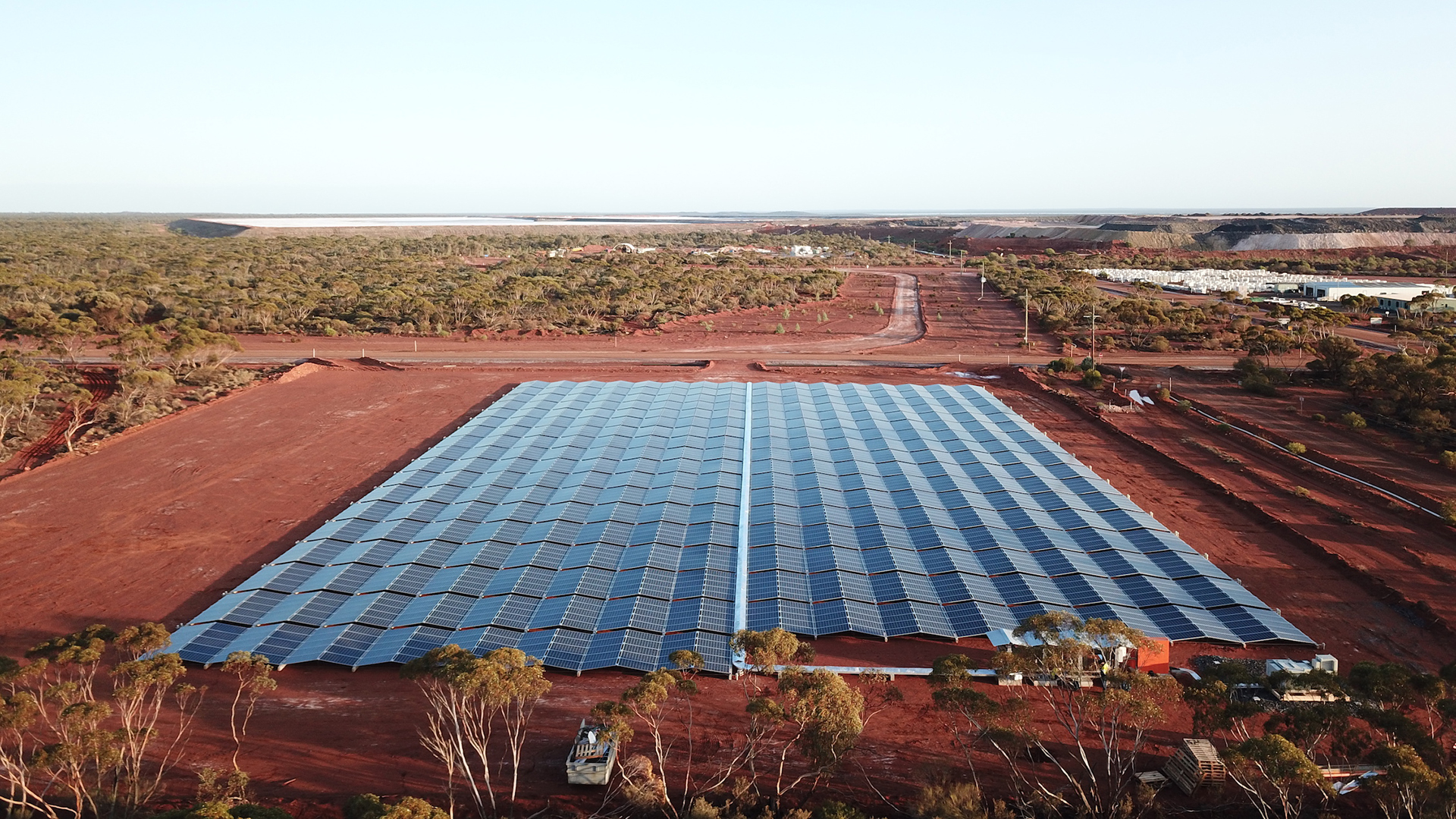 When it comes to considering renewable power generation for remote mine sites, timing can be a crucial factor and a potential hurdle.

Permanent solar installations can take anything between 10-15 years to “pay for themselves.” Given the inherent uncertainty involved in any mining venture, committing to that sort of timeframe is a commercially challenging scenario for many operators.

Which is where Nomadic Energy can offer an alternative.

The Perth-based company was launched three years ago by co-founders and directors Alex Blott and Simon James with the aim to provide a more flexible and less risky alternative to permanent installations.

Nomadic Energy supplies, installs and operates renewable energy generation systems on mine sites. For the site operator there is no upfront capital or maintenance costs for the system, which works alongside existing diesel or gas-fueled power and is subject to a negotiated power purchase agreement.

There is also one major, innovative and very attractive advantage – if the solar installation ever needs to be redeployed elsewhere, it readily can be.

That could involve a move somewhere else on the same site, a switch to another operation run by the same company or even a shift to an entirely new entity and location.

“We called the company Nomadic Energy for a couple of reasons – one was the redeployable aspect of the installations and the other was the remoteness of many of the mine sites,” Blott explained.

“We started in 2017 with a vision that there was a gap in the market in the space of offering off-grid power solutions to remote mine sites.

“We wanted to offer a fit-for-purpose solution for mining that filled that gap and balanced the likely life of a mine site with a commercially sensible power purchase agreement at a reasonable price.

“There are very few mine sites other than larger-scale iron ore operations or some lithium mines that have really long expected lives which could commit to that 10-15 year time frame.

“By having redeployable solar systems, we create a backstop against the prospect of the operator ending up with a stranded asset.”

Nomadic’s first major project was the installation of a 1MW solar installation at Saracen’s Carosue Dam gold operation, which was completed in January 2020.

With an expected carbon emissions reduction of more than 1000 tonnes per annum, it was also the fastest deployed megawatts-scale solar project on a minesite worldwide and its success has paved the way for another collaboration with Saracen.

It was announced last month that Nomadic would receive $1 million in WA Government funding towards a second 5MW solar project at Carosue Dam, which sits 120km north-east of Kalgoorlie.

“It makes good commercial sense. It’s good for the environment, and we haven’t had to do one thing on it in 12 months, except look at the power coming out of it,” Jessop said.

James said the praise was welcome and highlighted the suitability of Nomadic Energy’s power solutions for outback WA.

“This kind of feedback is testament to our approach of keeping projects technically robust, simple and fit-for-purpose for a remote mining environment where labour costs are high and operating conditions are testing,” he said.

While James brings strong engineering experience, including hands-on knowledge of remote operational requirements, Blott has a background in project management and the commercial side of the mining and resources sector.

The ventures at Carosue Dam are now seeing doors open which the pair previously knocked on whilst getting Nomadic off the ground.

“Prior to the first project, we sought input from the managers of mine sites, which helped us understand what it would take to make the idea work, what issues there might be and how our solution would be received at the coal face,” Blott explained.

“We knew that the systems would have to work in challenging conditions, where it would sometimes be 45 degrees and where there was going to be plenty of dust.

“The response we had was really strong. But a lot of our conversations with mine site operators led to them wanting to see the systems effectiveness proven by in field operations”

“Now that we’ve got the 1MW Carosue Dam project in place and the 5MW project coming up, we’re   seeing a really strong pipeline of work.”

The 5MW Carosue Dam Project was one of two Goldfields projects announced in January as sharing in $2.6 million in grants as part of the WA Government’s Clean Energy Future Fund.

The other was the installation of 30MW of solar power at the Homestead mine site, supplying power to the Paddington Mill and Mungari Mill sites and batteries at each of the mills. The project will be managed by ResourcesWA.

Combined, the two installations have been projected to create up to 400 jobs and generate 77,000 megawatt hours (MWh) of electricity each year – enough to power 15,000 houses and save 53,000 tonnes of carbon emissions, the equivalent of taking 17,000 cars off the road.