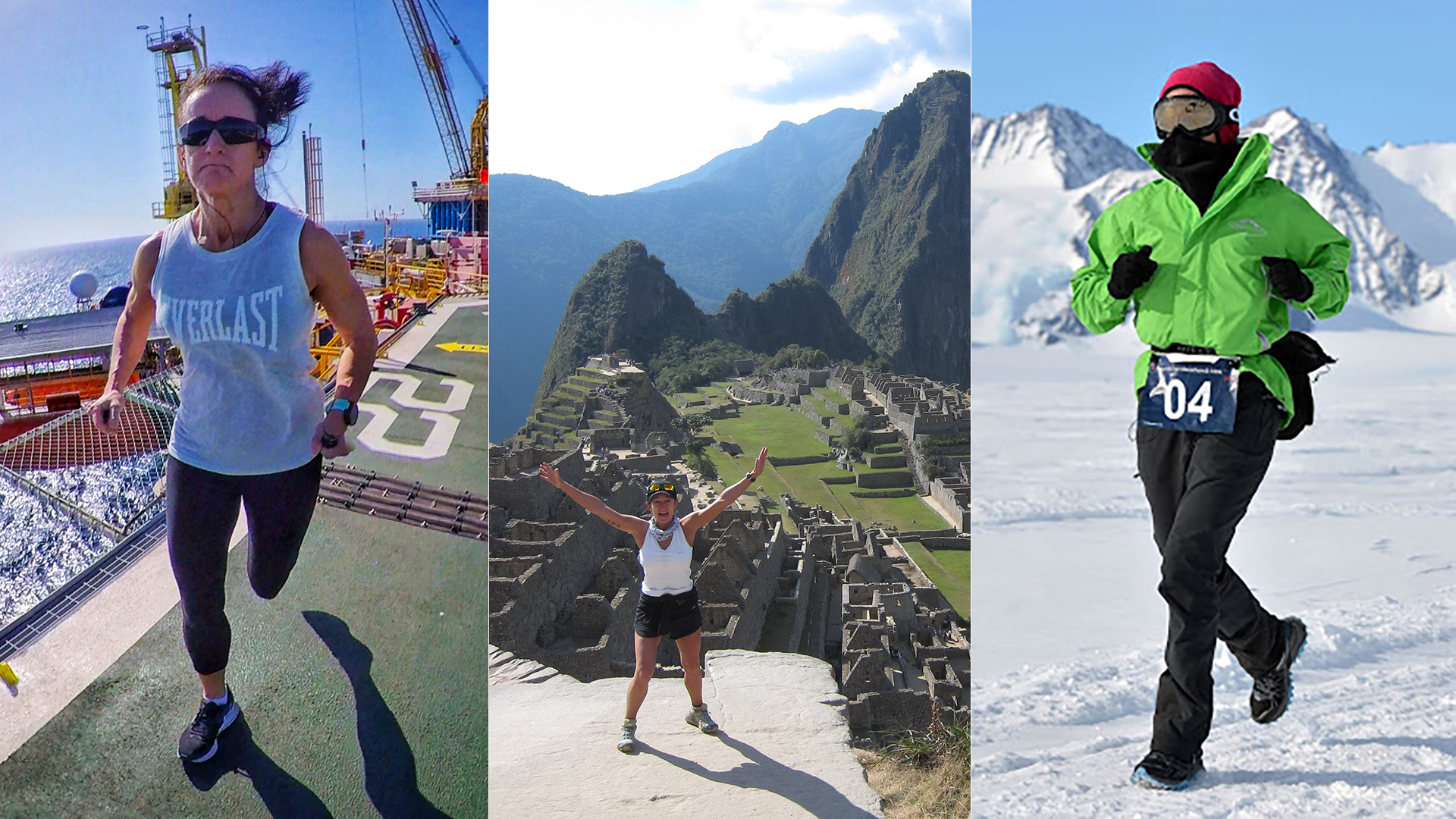 When Amanda Barlow first qualified as a geologist in the early 1980s, she could hardly have imagined where her career in the mining and resources sector might take her.

As a snapshot: Myanmar, Korea, the Timor Sea, various offshore sites in Australia including WA’s North West shelf and the Bass Strait, mine sites around Victoria, Queensland and the Northern Territory, and 61 marathons completed across 18 countries.

Yes, you read that last part correctly! And she’s even found the time to write books about it.

Before all that though, Barlow was just a young girl growing up with a fascination for rocks.

“I was just always really interested in geology, all the way back to primary school,” Barlow recalls.

“I really enjoyed picking up rocks and I think from the time I was about nine, I was telling people I really wanted to be a geologist.”

After studying in the heart of the Victorian Goldfields at Ballarat, it was perhaps inevitable that Barlow started out in hard rock geology, initially in Bendigo and then in northern Queensland.

But as her career progressed, she increasingly found herself being drawn towards a move into offshore wellsite geology.

Wellsite geologists supervise every stage of the drilling process for extracting gas and oil and traditionally earn more than their land-based counterparts. Chasing that dream, however, also meant taking a step backwards and finding a foot-in-the-door in unfamiliar territory.

“I had to go back to being a mud-logger [collecting data and samples] and I had no contacts in oil and gas whatsoever,” Barlow recounted.

“I put out feelers to companies, most of which were based in Perth. The ones that responded, I flew over there and interviewed with, and the ones that didn’t I just rocked up on their doorsteps.

“I eventually got a job mudlogging with Halliburton.”

That dedication and sacrifice eventually paved the way for the career Barlow currently enjoys – working contract-to-contract at rigs and platforms around Australian and well beyond.

In the past 11 years she’s had stints in the Bayu Undan field in the Timor Sea, the Browse Basin off WA, the Ulleung Basin off Korea, the Rakhine Basin off Myanmar, the Surat and Eromanga basins in Queensland, the Cooper Basin in South Australia, and most recently in deepwater exploration off Myanmar.

Her next contract is likely to base her in Darwin, operating again in the Timor Sea.

As Barlow notes, a wellsite geologist has to travel, but for her that’s also part of the charm.

“It’s not so much the geology of oil and gas that interests me, as much as the technology,” Barlow explained.

“It blows my mind the technology offshore and the scale of work being undertaken. You really can’t compare it to mine site work.

“It’s also a really multinational workforce offshore, totally different to mine sites where people might come from overseas and work in a mine but live in a local community.

“Most international people working offshore come here [to Australia], go to the offshore site and then go home again after their contracts – so they very much keep all of their own cultures with them.

“You have all these people with different backgrounds working together really closely and it’s just great.”

Barlow’s contract work has often been a one month on and one month off rotation, allowing her to pursue a globetrotting passion for long-distance running.

Despite being a relative latecomer to marathons at the age of 49, the mother-of-three has since completed 42km races in London, Barcelona, Tanzania, China, New York, Antarctica, Hawaii, Brazil, New Zealand, the Bahamas, Russia, Israel, Thailand, the Cayman Islands and Boston, where she has competed five times and was only 1km from the finish line when a deadly bomb attack occurred in 2013.

Last year, unable to travel because of COVID-19, she undertook the Boston, Chicago and New York marathons “virtually” from her home on the Gold Coast, and also tackled the Myanmar Marathon from hotel quarantine.

Barlow, who trains regularly while offshore, says those marathons have led to friendships around the world and provided some totally unique experiences.

“The Inca Trail marathon is definitely one of my most memorable,” she said.

“You run the Inca Trail in a single day and the history and scenery you see is just amazing.

“You are passing these people who are walking it in three days and there you are running it in eight hours. It was probably my hardest one ever.”

Through her parallel geological careers – on and offshore – Barlow has seen and experienced the full spectrum of female participation in the mining and resources sector.

She recalls her own university geology classes being 50 per cent female. And when she worked at Mount Isa’s Hilton mine in the mid-1990s she remembers only one of seven geologists being male.

But offshore work has usually been a different story. While female participation in oil and gas has increased in recent years, Barlow says there have been times when she found herself the only woman among up to 130 people on a rig.

“Being a fitness fanatic has probably helped me,” Barlow reflected.

“If I’m in the gym and a roughneck looks over at me smashing out more push-ups or pull-ups than he can, there’s some instant respect there – I’m not just some little old lady.”

Family life and geology has also sometimes been a juggling act for Barlow. But she can’t recall a time when an employer wasn’t willing to be supportive – whether it was allowing her to negotiate a day rate in the 1990s or providing a two weeks on, two weeks off roster that better fitted with motherhood.

Barlow’s advice to women thinking about a career in mining in resources sector is simple: use your curiosity and access to contacts to find out whether it’s the life for you.

“My advice would be to talk to anyone who has already worked in the field,” Barlow said.

“You have to network and LinkedIn is such a good tool for that…I use it for a lot of my networking.

“With the search filters on there, you can reach out to people doing the same job or work [as you’re looking at] and ask them about it.

“And people working offshore are always really willing to help, to talk about their experiences and tell someone about what’s good or bad about it.”

Amanda Barlow’s books, including An inconvenient life: my unconventional life as wellsite geologist, are available on Amazon.