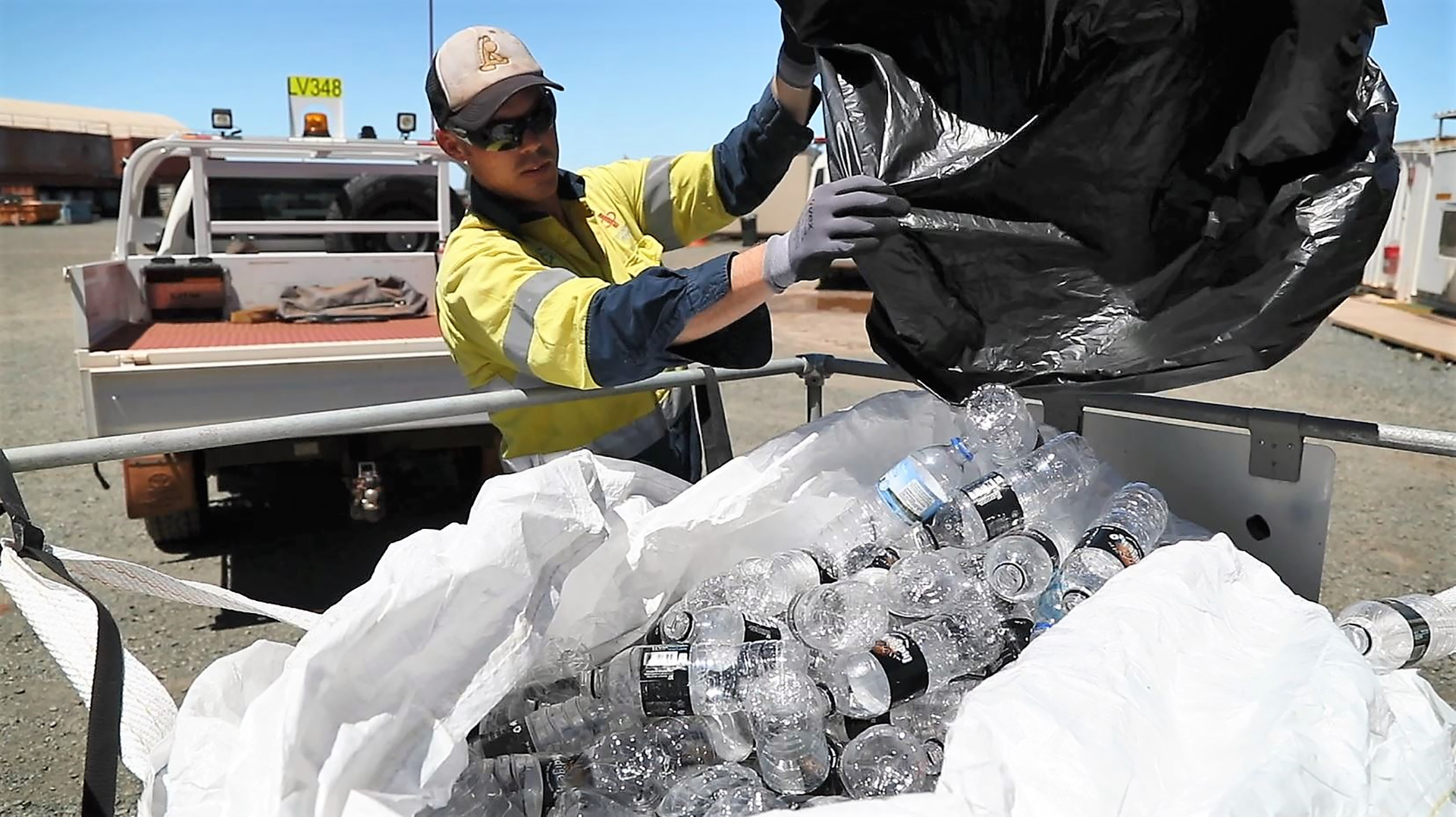 Given its geographical location, it’s no surprise that time spent on CITIC Pacific Mining’s Sino Iron project can be thirsty work.

Located 100km south-west of Karratha at Cape Preston, average maximum temperatures at Sino Iron hover in the 40s during summer months and sit in the high 20s for much of the rest of the year.

But with a workforce of some 3000 people, meeting the hydration challenge has also posed another significant question: how best to manage more than two million disposable water bottles that are consumed on site each year?

Which is where CITIC Pacific Mining’s partnership with North West Recycling on the Containers for Change project comes into the picture.

“Containers for Change finally provided the vehicle for us to work with locally-based recycling facilities to make this long-standing intention a reality.”

First conceptualised in mid-2020 and put into action inside three months, Containers for Change is a finalist in the WA Government’s WasteSorted Awards.

It resulted in the recycling of more than 300,000 containers over its first four months of operation, a big step towards achieving annual targets of more than 1.4 million, and reducing landfill and the dangers such containers can pose for native fauna.

The overhaul of waste disposal at Sino Iron saw 265 blue-lidded “drink containers only” bins installed at locations around site. Once full, the contents of those bins are emptied into 28 bulk bags which can be efficiently collected by North West Recycling staff.

But as Watson explains, while putting in place infrastructure to facilitate the recycling effort was one important factor, changing mindsets towards disposal practices was just as vital.

“The two biggest challenges so far were, one, setting up a waste collection system across a large operating area from scratch and two, getting buy-in from our employees and contractors,” he said.

“Early on, an example of the latter was food waste contamination in our dedicated recycling bins – education and awareness programs have greatly improved this situation.

“We’re a really big site, it was critical that we worked closely with ‘champions’ from each operating department and our major contractors to develop equipment and collection methods which were simple and effective. It was definitely a ground-up approach.

“Equally important was consulting closely with our collection and off-site partner, North West Recycling. They provided some good advice on what would and wouldn’t work.

“Our processes have evolved and improved from when first introduced.”

The end goal of CITIC Pacific Mining is not just the recycling of many tens of millions of drink bottles that will be used at Sino Iron over decades to come but also that employees will take their on-site attitudes home with them.

“This initiative and behaviour is easily transferrable,” Watson said.

“It can be taken anywhere else – from the home where families can participate to other minesites and industrial complexes, where CITIC Pacific Mining stands ready to share our systems and experiences.”

In the longer run, however, there is the potential for the revenue to have more far-reaching benefits.

Already it has led to a vital and ongoing partnership with family-owned, Karratha-based North West Recycling.

“In the near future though, we’re keen to also use some of the funds to support community programs and not-for-profit initiatives in the region,” Watson said.

“It’s just another way the simple act of recycling is benefiting all of us.”

Winners of the WasteSorted awards will be announced at a gala event on May 5.