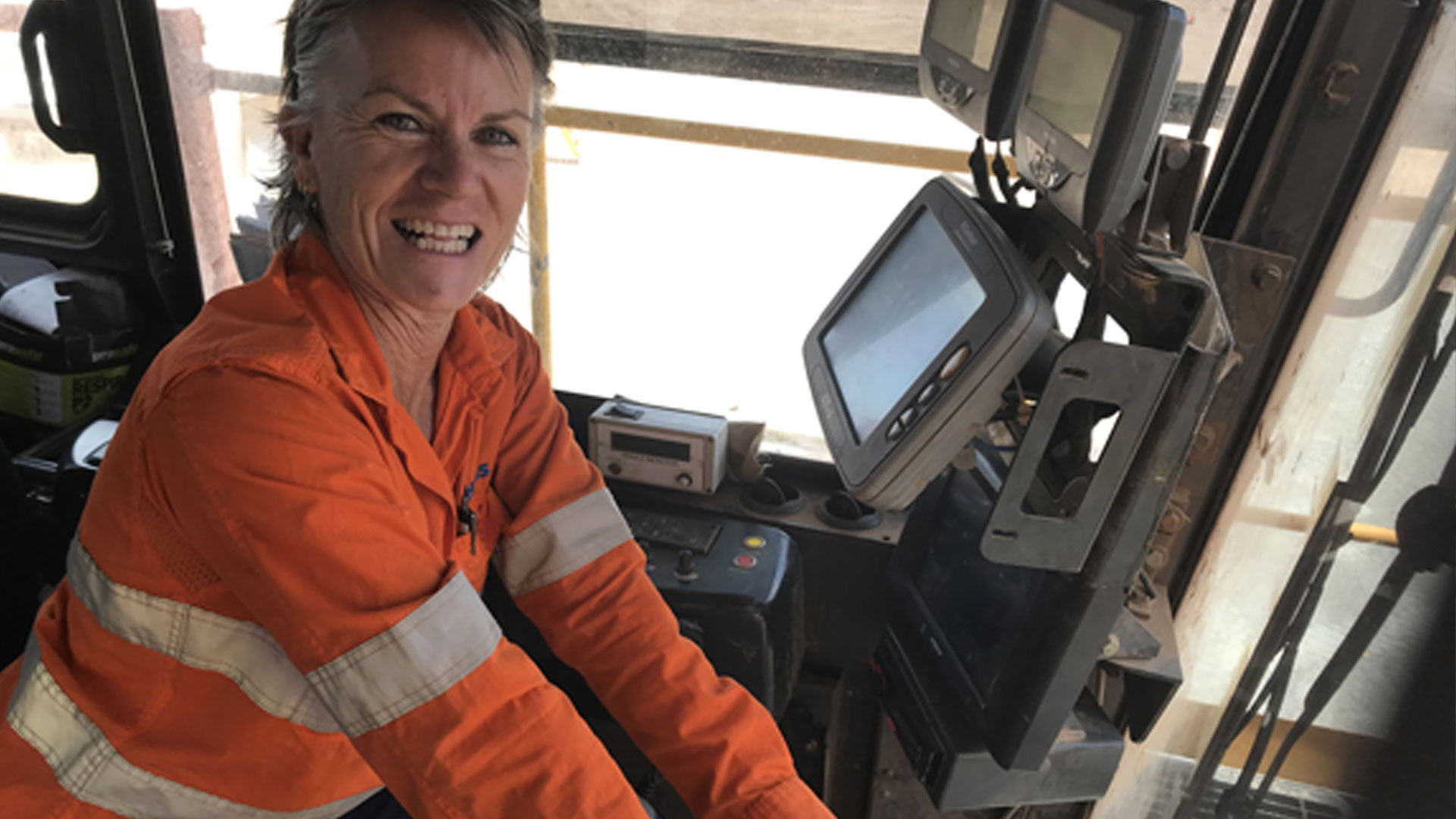 Linda Deverell’s journey to a leadership role in WA’s mining and resources sector speaks volume to the power of persistence.

The Thiess Mine Production Controller and Crew Trainer and 2021 Women In Resources Awards finalist was living in her native New Zealand in 2008 when she, husband Brian and youngest son Kalem moved to WA seeking opportunities in the mining sector.

“I gave up a huge career in event management, which I just loved and had built up over a very long period of time,” Deverell recalled.

“I also left my 21-year-old son [Jackson] at home – that was his choice, he didn’t want to come over.

“It was really difficult to come to an industry I really knew nothing about. I knew it was male-dominated and I thought ‘what am I doing at this late stage of my life?’

“But my husband came over first and tried it out and said to me ‘you need to come over.’

“So I gave it all up and headed over. And I just thought ‘well, I’m here now, I’ve got to give it a shot. I didn’t give all that up for nothing’.”

Timing, however, is a big factor in anyone’s career and at first Deverell wondered if she had got hers horribly wrong.

She arrived in WA during an economic downturn, amid the Global Financial Crisis. The jobs she hoped might be on offer had dried up and she initially had to return to the events industry to keep things ticking over.

But Deverell also never lost sight of why she had moved to Australia and eventually found the breakthrough she was looking for.

“I finally got my foot in the door with facilities management [on mine sites],” she said.

“So I did everything from cleaning rooms to working in the kitchen and the bar, admin and driving a bus. You name it, I did it. I put my hand up for everything.

“Eventually I think I just proved my worth and got asked to take on a really good role and just went on from there.

“At first I’m pretty sure they thought ‘oh, she’s this mature woman and pretty small, can she cope?’

The “there” to which Deverell refers is the BHP-owned nickel mine Rocky’s Reward, where Thiess has a mining services contract.

After starting out as a trainee operator in 2012 with Alliance Contracting at EMR Golden Grove in the Mid West – where she had also worked in facilities management – Deverell made the move to Leinster in 2015 and has never looked back.

She works alongside Brian and operates a range of heavy machinery that includes haul trucks, water carts, rollers and excavators. When Thiess introduced new dispatch and mine control technology, Deverell became so adept at it that she now trains and mentors all new-to-industry ‘green skin’ operators in its use.

“There’s a challenge every day and something new to learn every day,” Deverell said.

“But most importantly, it’s about being an equal. I work alongside my husband, and a great team of guys and girls, and it’s great just being valued and respected.

“Being a female in this industry and starting at such a late stage of your life, when I first got on site as a ‘greeny’ knowing nothing, I could see it in the guys’ eyes, like ‘she’s not going to cope.’

“But I persevered, worked hard, was resilient…and stubborn…until I proved my worth.

“It’s really important to get women involved at the operator and production level because you learn everything you need to know about mining from the grassroots level up.

“That’s the way we are going to eventually get more women into management and leadership, by showing that they can cover all those levels.”

Deverell’s advice for women thinking about a career in the mining and resources sector is simple: “give it a go.”

The same could be said for her thoughts on living in the WA outback. More than 5000km, comprising much of the Australian mainland and the Tasman Sea, separate Leinster from Waiheke Island, where she lived in New Zealand.

But she’s now delighted to call the Northern Goldfields home.

“I feel really blessed to be living and working in in the same place,” Deverell said.

“We’ve got the kids running around and feeling safe and it’s just this really cool vibe. We’ve also got the use of a pool and a gym.

“It’s home and I feel really lucky that we’re here. At first I thought ‘I’m not going to like it here, stuck in the middle of nowhere’, but I’ve learned to love it.

“When the time comes to leave, I’m going to find it difficult to pack up.”