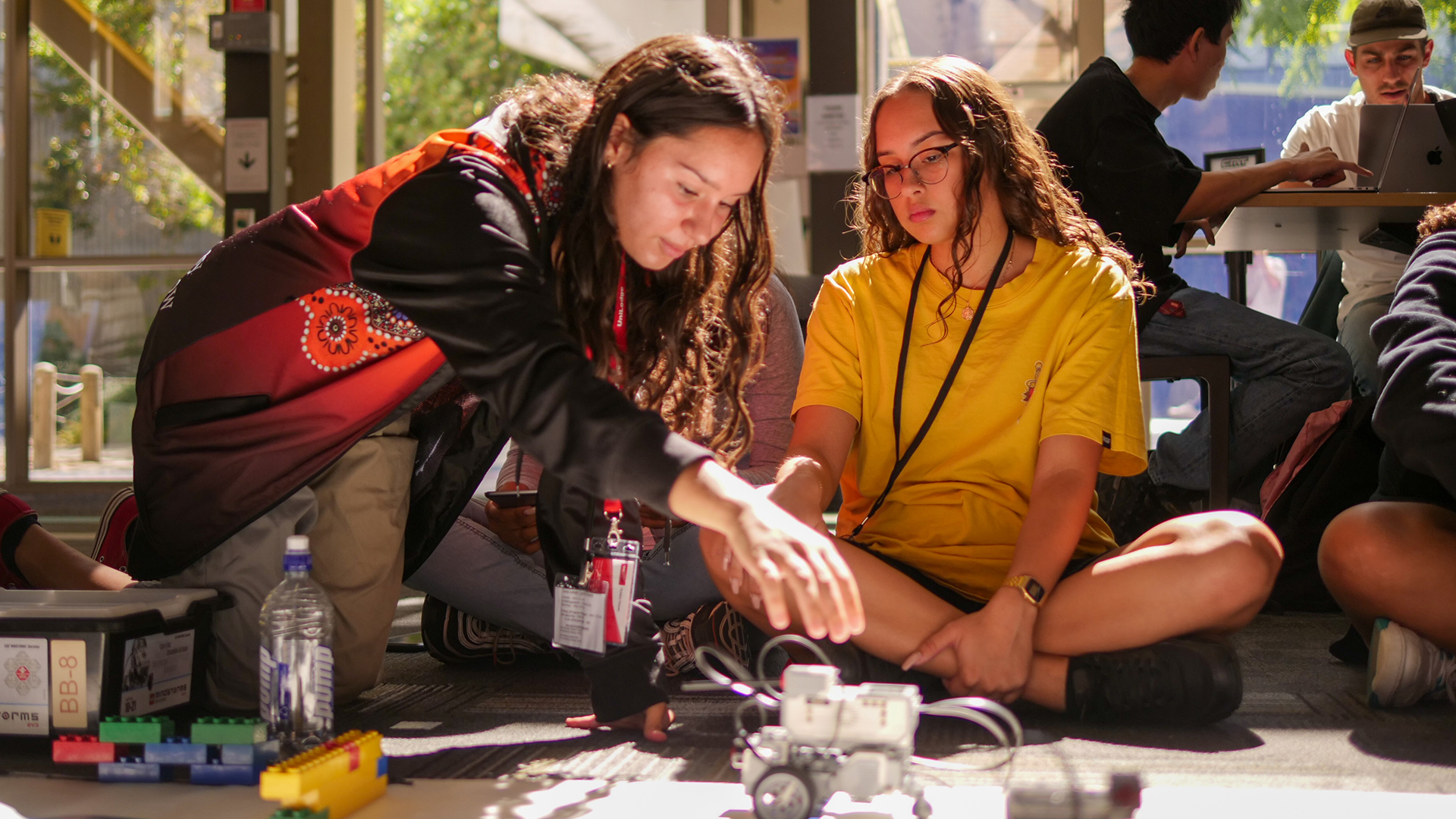 A concept championed by legendary WA mining educator Odwyn Jones is now a reality, after the staging of an inaugural Mining and Lands Camp attended by female Indigenous high school students.

Jones, who was Principal of the WA School of Mines in Kalgoorlie for 15 years, was a long-time advocate for increased Aboriginal involvement in the State’s mining and resources sector.

The five-day camp in April – hosted by Curtin University in collaboration with the Association of Independent Schools of WA and supported by AngloGold Ashanti – saw girls in Years 9-12 visit Talison and Alcoa mining operations in WA’s South West, as well as showcasing a variety of other aspects of the sector.

“It’s about raising awareness for the opportunities that are out there,” Curtin University STEM outreach co-ordinator Tim Keely said.

“Often there is a lack of belief or a lack of feeling of inclusion [for Indigenous girls], so it’s about showing them ‘yes, you can be in these places.’

“Once you’re familiar with them, those places are less alien. We have the luxury of having some great female Aboriginal students at Curtin who are in that space [STEM and mining].

“They supervised them along with another non-Indigenous girl and having those really strong models cements the notion that there’s absolutely a place for them in mining.”

Keely said it was important connections built on the camp extended beyond the five days and that participants stayed engaged even after they had returned home.

“You get 12 people in a room and show them some good stuff and they get inspired,” he said.

“You might only have two people take that route [into mining] but you never know where they will go from there.

“Arguably, we’ve only shown them a small amount of what’s on offer. You go to a mine site and you see the major parts of what mining is but there’s also occupational health and safety, governance, legal and marketing and promotions, just to name a few.

“We mostly showed them two obvious parts of the pendulum, which is the mining of the land and rehabilitation.

“But there’s also an element with these camps that is nothing to do with the content at all. Research shows, and we can certainly anecdotally say it’s true, that there are two other really important facets of these camps.

“One is that the girls make connections with each other. If they don’t, they won’t have a good time and it’s also incredibly important for two, three or four years down the track when they’re at uni or when they get into their careers.

“The other thing is follow-up. If we don’t follow-up with the attendees afterwards it’s just a one-off thing and there’s nothing enduring about it.”

Thought is already being given to larger future camps for both Indigenous boys and girls, with the possibility of visits to mining projects further afield such as AngoGold Ashanti’s north-eastern Goldfields mine sites.

See also  The Pilbara – beautiful one moment, apocalyptic skies the next

Keely said a key to attracting participants lay in the language used to market camps.

“Going out to more remote mines, gold or iron ore, would be great because they offer an experience that you can’t replicate in forested areas that are above the ground,” he said.

“It’s just a little bit of a logistical question, as travel would take up a significant part of the camp time.

“My experience, and I’ve been doing this for 10 years now, is that if you say ‘hey, would you like to come to this engineering camp?’ and if the girls don’t really know what engineering entails, they’ll say ‘not really.’

“But if you say ‘you would be interested in this camp if you like science and maths at school’ they will say ‘yeah, I’m pretty good at that and I like that quite a lot.’”