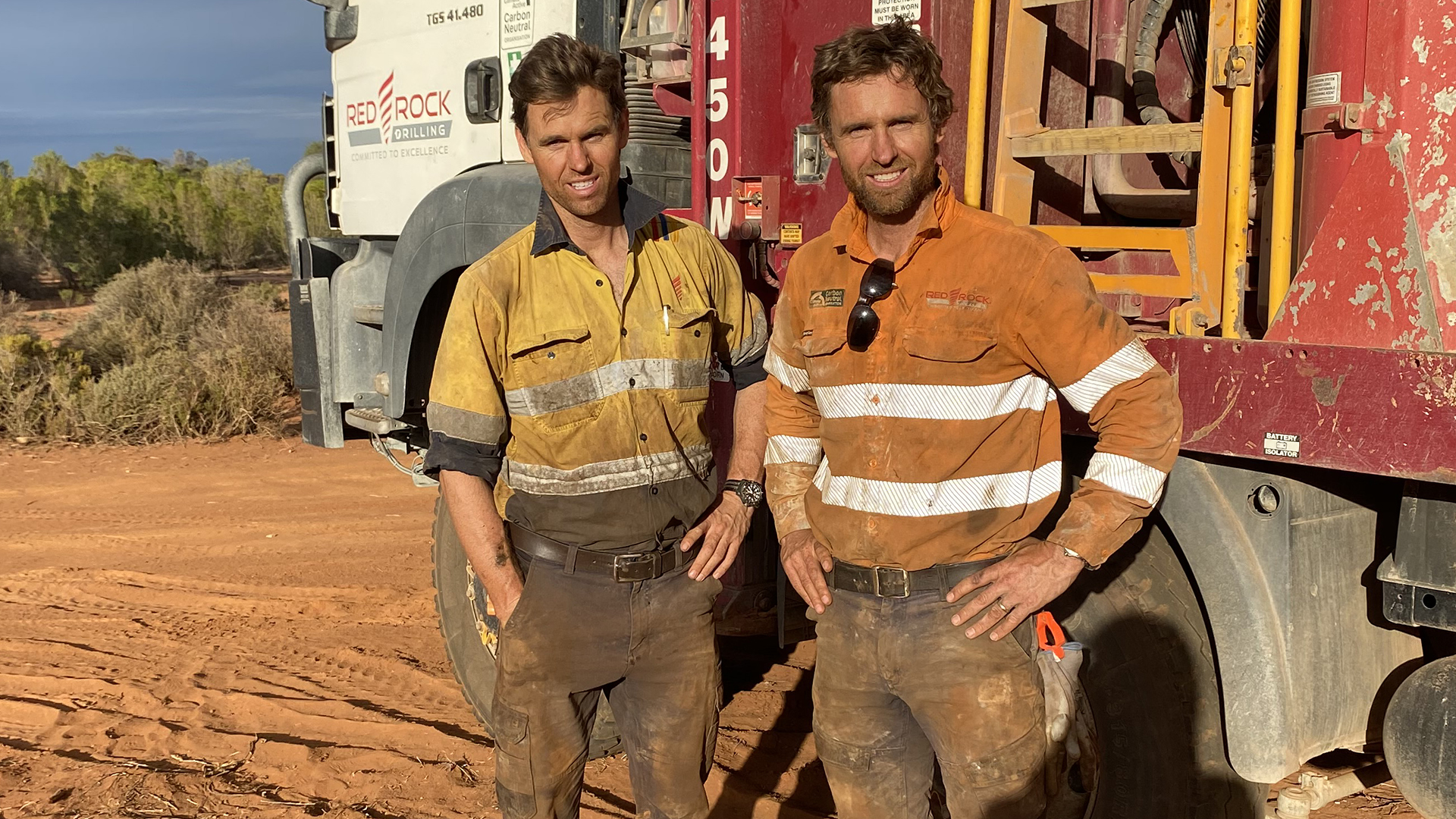 Growing up on a farm in north-east Tasmania, a career in the mining industry was far from Henry Taitt’s mind.

But that all changed with one phone call from his twin brother Johnathan.

“I was in Melbourne, studying and working and Johnathan had just come back from overseas,” Henry recalled.

“He ended up going over to Western Australia, because he heard the money was really good over there. He rang me up about a year later and said ‘you wouldn’t believe it, I’ve just bought a house.’

“I said ‘how on earth did you manage to afford to buy a house at the age of 21?’ and he said ‘I’m doing a grueling job called drilling, you work really hard in the middle of nowhere but they pay really well.’

“For some extraordinary reason I thought that might have been a good path for me to follow and so I came over as well.

“Things were very different back then. Johnathan literally sent a text message to the operations manager of the drilling company and said ‘is there a position available for my brother Henry?’

“I said I had no idea but that I assumed if he could do it, then I certainly could – and cheekily added that I could probably do it better as well.

“That was it. The next day I was on a plane up to Kalgoorlie-Boulder.”

Henry then spent the best part of 10 years in the Goldfields working a driller, travelling to some of the remote and beautiful locations the country has to offer.

“It is truly an awe-inspiring country, we regularly went to places people simply don’t have access to,” he reflected.

After a short stint managing a drilling operation in the northern Brazilian state of Amapa, Henry decided that he wanted to start his own drilling company. Johnathan joined Red Rock Drilling in 2018 and the pair have never looked back.

It’s fair to say that neither of the twins would now consider drilling a “gruelling job”, although they understand that most newcomers to the industry face an adjustment period and that turnover tends to be a high as a result.

Red Rock Drilling employs five staff and last year became one of the first mining-related businesses in Australia to be certified as carbon neutral by the Australian Government’s Climate Active initiative.

While most public conversation has been around big miners and their targets of net zero emissions, Henry says becoming carbon neutral is a much easier process than most smaller companies might realise.

Even if they don’t follow Red Rock’s lead in seeking formal certification, he believes there are everyday opportunities for businesses to offset or reduce their current emissions.

“We were expecting to be buried in a complex process full of foreign jargon but it wasn’t that difficult at all,” Henry said of becoming carbon neutral.

“Conversio verified our MYOB data to ensure accuracy and with their help and assistance from Susan we were able to develop a plan to start reducing and offsetting emissions with investment in new technology.

“The Climate Active certification process is very thorough. They are a terrific organisation. The emissions data you provide is audited by an independent body to ensure the final emission figure for your business is accurate.

“But I don’t think steps businesses take to offset emissions have to necessarily be on the books, so to speak.

“One of our employees recently said ‘when we have a slow month or a couple of weeks off, we should all get together, ring up one of those organisations that plant trees and then have a tree-planting day ourselves.’

While the arid Goldfields landscape is a long way removed from the farming lands of his native Tasmania, Henry says he’s come to find great beauty in WA’s outback.

He’s also grown to love both the characters and the work involved in the mining industry.

But although Henry himself admits to “falling” into drilling and moving west largely on a whim, he advises anyone considering mining as a career path to give some advance thought to exactly what they want to get out of it and how long they want to be involved for.

“If you want to make a long career out of out of being an operational or mining engineer or something like that, then that’s wonderful,” he said.

“But if you’re coming into the industry wanting to put your children through a private school education, or wanting to pay off the house before you are 50, or get a couple of investment properties, then I think it’s really important to have an exit strategy in place.

“The mining environment can put pressure on people and their loved ones and you need goals to work towards that keep you grounded.”