How a ‘joke’ suit jacket suddenly made Rob hi-vis 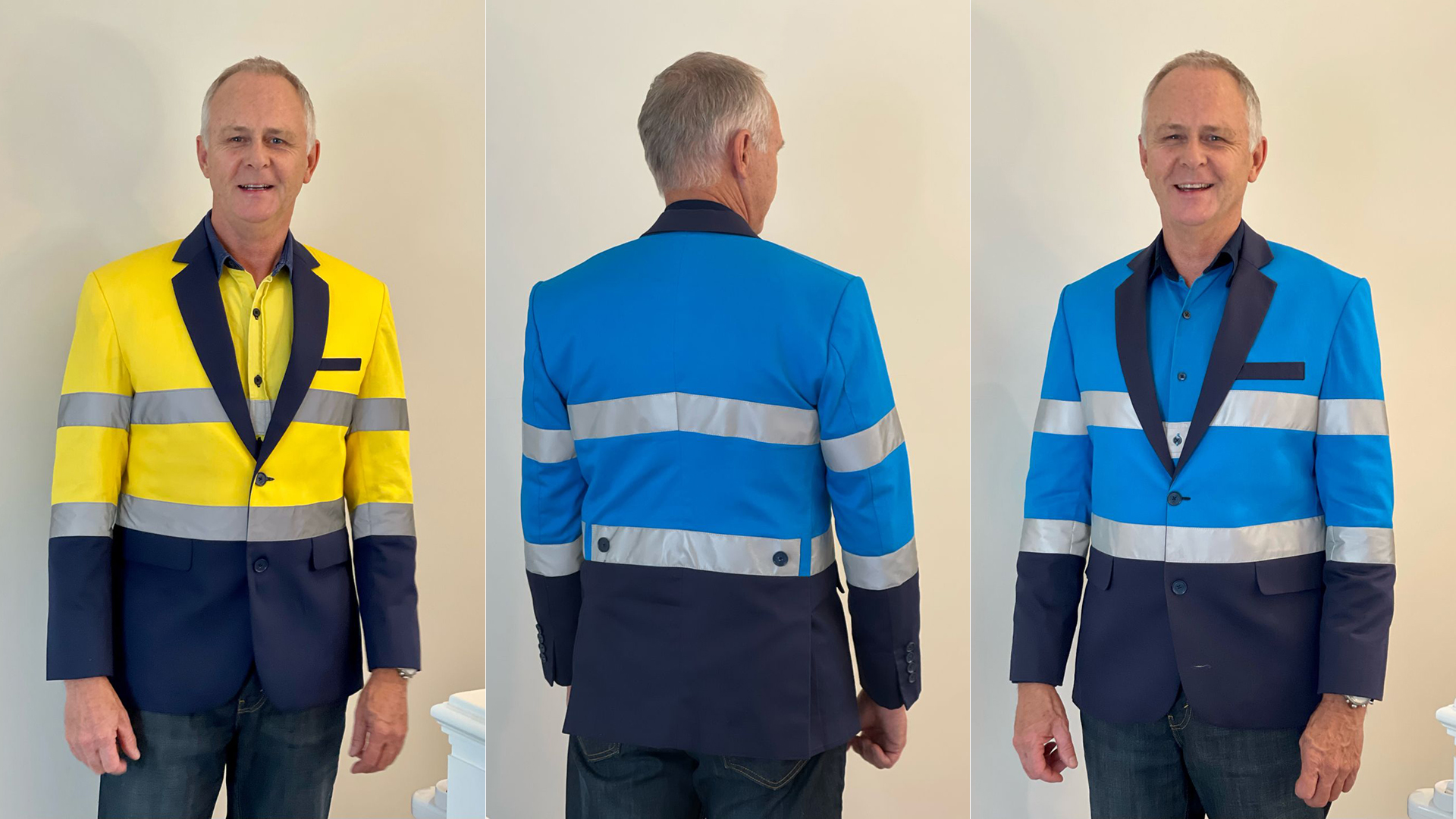 Rob Glenn is the first to admit he’s no social media expert.

A quick glance through his LinkedIn posting history would seem to back that up.

There are a handful of posts from early in 2021 to promote seminars being run by his business Techno Economic Consultants of Australia (TECOA) and a couple more from 2020 serving a similar purpose. But after that you have to go all the way back to 2017 to find any kind of posting activity at all.

Of course, there’s an elephant in the room here – it’s neatly tailored, fits snugly and comes in three different colours:  bright yellow, luminescent orange and a blue not dissimilar to when Carlton decided to wear an M&M jumper in 1997.

Back in June 2021, Glenn elected to use LinkedIn to model his unique wardrobe of hi-vis suit-jackets and fair to say he’s still trying to process exactly what has happened.

His original post of the yellow jacket has now attracted more than 7000 reactions and 750 comments, and that’s only the tip of the iceberg.

“I don’t really have anything to do with social media at all,” Glenn explained.

“I’ve got a LinkedIn account and a lot of connnections on there but I don’t really use it much and I’m not very proficient with it. I hardly know how to open it, let alone how to go through analytics.

“But from what I understand there’s been quite a bit of traffic going to visit my profile. [The original post] is up to about 450,000 views or something which just seems astonishing to me.”

The jackets – which Glenn had made up about five years ago in Bali – are partly a joke, a nod to the PPE that surrounds him when he delivers training sessions at mine sites around the country.

But they also have a more serious meaning, reflecting lessons he passes on to mine site staff who tend to view their roles as purely operational even if their responsibilities extend much wider than that.

See also  From Perth to Laverton...with a difference

“I teach people in mining companies how to do justifications for capital projects,” Glenn said.

“Most of my audiences tend to be engineers, geologists and metallurgists, so I’m teaching non-financial people how to do justifications and lodge applications for whenever they need capital for mining expansions and things like that.

“Where the suit came from is that I talk about every person in the room being a professional investor of other people’s money. And in mining, those project people are spending millions and sometimes billions of dollars.

“The question that always comes up is ‘can we be as professional in red dirt and dust and flies while wearing PPE as we can while in St George’s Terrace in a suit?’ And the answer is ‘of course you can.’

“The analogy that I came up with was that as a professional mining person, you are metaphorically wearing a suit under your PPE – you are a professional investor, managing investment and getting a return that is normally much higher than anyone in a suit working for a bank.

“So then I thought one day ‘why not put the suit over the PPE?’ And then because of my quirky and weird sense of humour, I got the jackets made the next time I went to Bali.”

But given the site work for which he wears them is carried out in office environments there haven’t been any concerns on that front.

Glenn’s favourite question he’s had about his jackets contained a romantic twist, while his unexpected social media “fame” proceeded him on a recent trip to the Eastern States.

“I had a mine manager say to me a while back, ‘if I ever get married, can I borrow your jacket?’” he laughed.

“Wouldn’t it just make the classic Australian bogan wedding, getting married in hi-vis?

“Last week I was in a town called Singleton in the Hunter Valley and I had a crew in from two of the Glencore coal mines there.

“I didn’t take the jackets with me but I put the photo up of me in one of them on a PowerPoint slide while I gave my talk.

“This one young lady got quite excited and said ‘that’s you, that post is you!’”

Plenty of people have suggested Glenn might be able to translate his sartorial splendour into a business idea.

The reality, he says, is that he’s happy to stick to his knitting with TECOA and leave the entrpreneurship to someone else (although he is hopeful of creating a tie to complete his ensemble).

“The short answer is that I have no idea of commercialising [the jackets] and I can’t be bothered,” Glenn said.

“I’m too old, I’m too tired and I’m busy as I am. So if anyone wants to copy it and make a business out of it, they can go for it.”