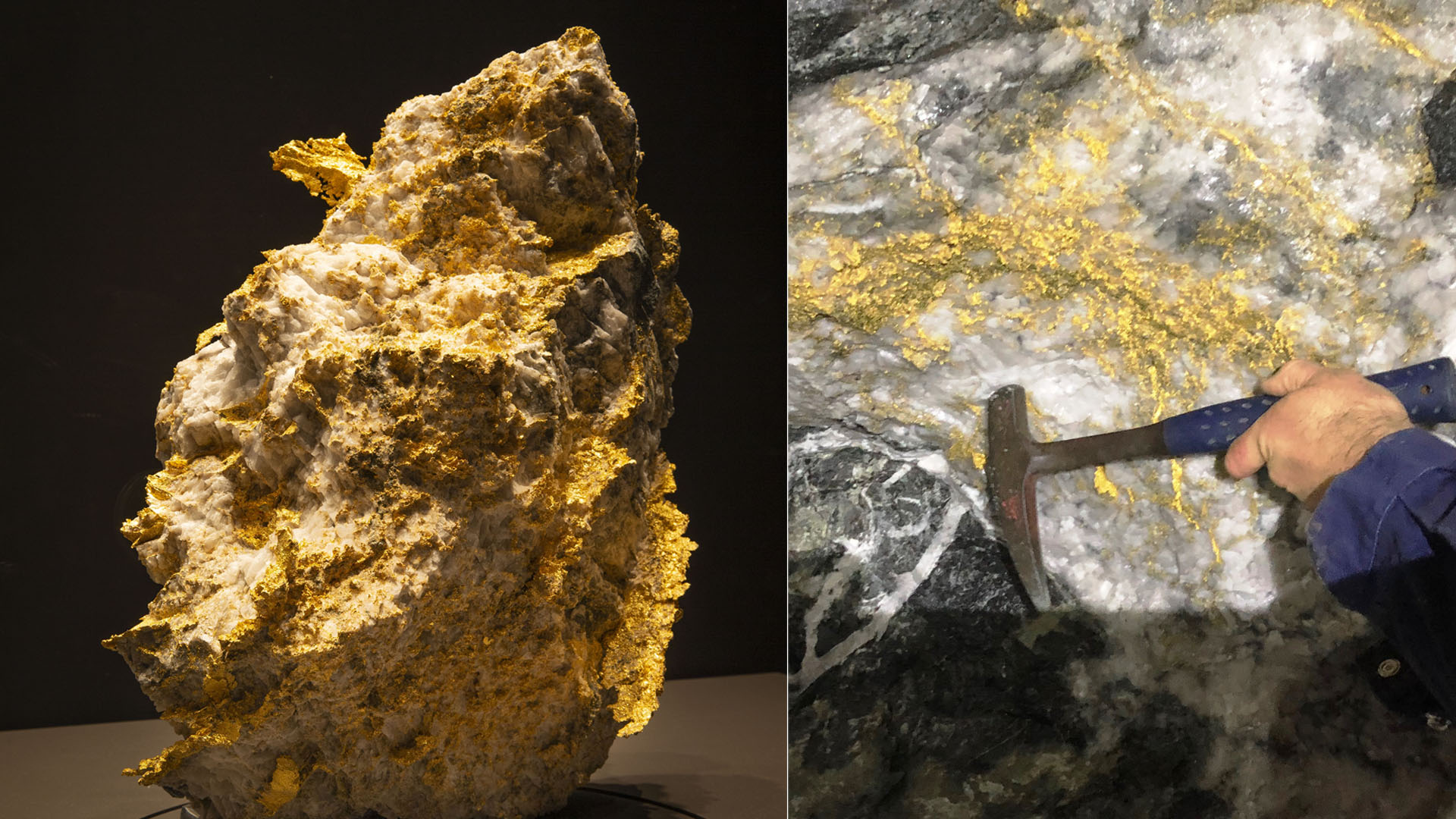 A potentially record-breaking and certainly headline-making hunk of gold will stay right here in WA, after being bought and put on permanent display by The Perth Mint.

King Henry – named after Henry Dole, the airleg miner who found it – tips the scales at 93kg, contains an estimated 1400 ounces of gold worth more than $3 million, and may be the biggest gold rock specimen currently in existence.

Perth Mint chief executive Richard Hayes told ABC Goldfields the purchase of King Henry would prevent it going the way of the famed Golden Eagle nugget, which was melted down after being discovered near Widgiemooltha in the early 1930s.

“The sad part of Australia’s gold history is that so many nuggets found in the early days were melted down for their value,” Mr Hayes told the ABC.

“I can’t see it [King Henry] ever being melted down … it will be here for generations to come and for our children’s children to enjoy.”

King Henry was discovered on Father’s Day 2018 at Kambalda’s Beta Hunt mine, which hosts both nickel and gold resources and is operated by Karora Resources on a sub-lease agreement with Gold Fields Limited.

Dole told the ABC  he had returned to the area where the massive gold rock was found at the start of a shift, having previously drilled the walls to plant explosives.

He described watering down dust to find more gold than he could possible imagined.

“I’ve been an airleg miner for 16 years. Never in my life have I ever seen anything like this.

“I nearly fell over looking at it … we were picking it up for hours.”

Australian mining has a long track record of monster gold finds, including the Welcome Stranger, which weighed in at 78kg and is still acknowledged as the world’s biggest nugget discovery – more than 150 years after it was found outside of Bendigo in Victoria.

The largest ever gold specimen, meanwhile, was unearthed by Bernard Holtermann in 1872 near Bathurst in New South Wales. Somewhat confusingly referred to as the ‘ Holtermann Nugget’, it weighed a whopping 290kg and was 1.5 metres in length.

Gold specimens refer to gold encrusted rocks recovered from an underground lode or gold-bearing quartz vein. By contrast, nuggets are generally found at or near the surface and mostly contain pure metal.

Sustained high gold prices over the past two years have fuelled strong interest in finding future reserves of the most famous previous metal. More than $1.3 billion was spent on gold exploration in WA in 2020, accounting for 52 per cent of all exploration in the State.

Having started life as a nickel mine in 1973, Beta Hunt has now attracted worldwide attention through the King Henry find and a string of other eye-catching gold strikes.

Its operators remain hopeful that bigger and better things are still to come.

“We keep our fingers crossed all the time that we will encounter something larger than [King Henry] and it could very well happen in this district, there’s no doubt,” Karora Resources chief executive Paul Andre Huet told ABC Goldfields.

King Henry and the Karratha Queen, a 145kg silver nugget found in the Pilbara in 2000, are key attractions at Perth Mint’s Gold Exhibition.

Entry to the Exhibition is priced at $19 for adults, $17 for concession holders, $8 for children and $48 for a family of two adults and two children.