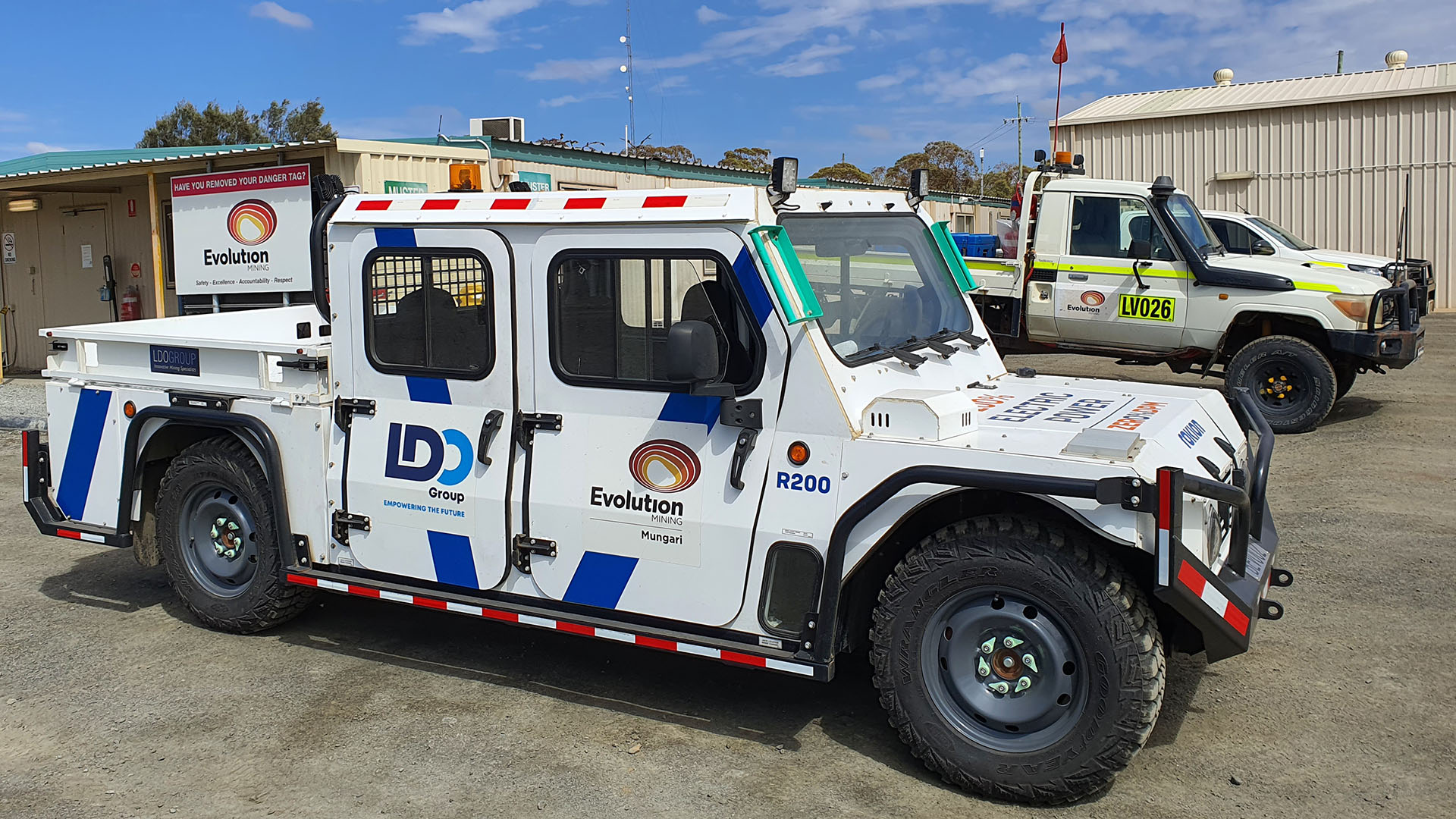 It doesn’t look like the majority of smaller vehicles seen on mine sites but it’s what’s under the bonnet – or, more to the point, what isn’t – that makes Evolution Mining’s Rokion R200 a potential game-changer.

The R200 is being trialled at Evolution’s Mungari Operations – Frogs Leg Underground mine, where it is being used daily to transport workers around site, inspect operational areas and ferry light loads.

Classified as a medium-duty vehicle by its manufacturer, the R200 is powered by a lithium iron phosphate battery as an alternative to diesel fuel.

“Electric powered vehicles are the way of the future and the technology is advancing constantly,” Evolution Underground Mining Manager Phil Cole explained.

“There are potential costs savings compared to diesel use and potentially reduced ventilation requirements.

“We also chose the R200 because it is more robust than a Landcruiser, and that should mean total cost of ownership will be lower.”

Cole said there was a need to monitor how much charge the vehicle had but the size of the Frogs Leg mine meant running out of “juice” wasn’t really an issue.

He said the introduction of electric-driven “support” vehicles was a first step towards bigger mining equipment going battery-powered.

“In terms of operational performance it is extremely comfortable and easy to drive. It also performs really well up hill due to the lack of a gearbox and electric drive train,” he said.

“A number of companies are currently developing technology around the electrification of mining equipment.

“The biggest change is going to come from developing mine-ready, battery-operated trucks and loaders as these are the biggest consumers of ventilation underground.”

Evolution’s introduction of the R200 is one of a number of trials of electric vehicles at sites around WA.

BHP announced earlier this year that it was experimenting with an “electric ute” at its Nickel West Cliffs underground mine in the northern Goldfields.

Meanwhile, the Australian-developed Bortana EV – invented by WA School of Mines graduate Steven Durkin – has been trialled with success at several mine sites, including IGO’s Nova mine in the Goldfields.