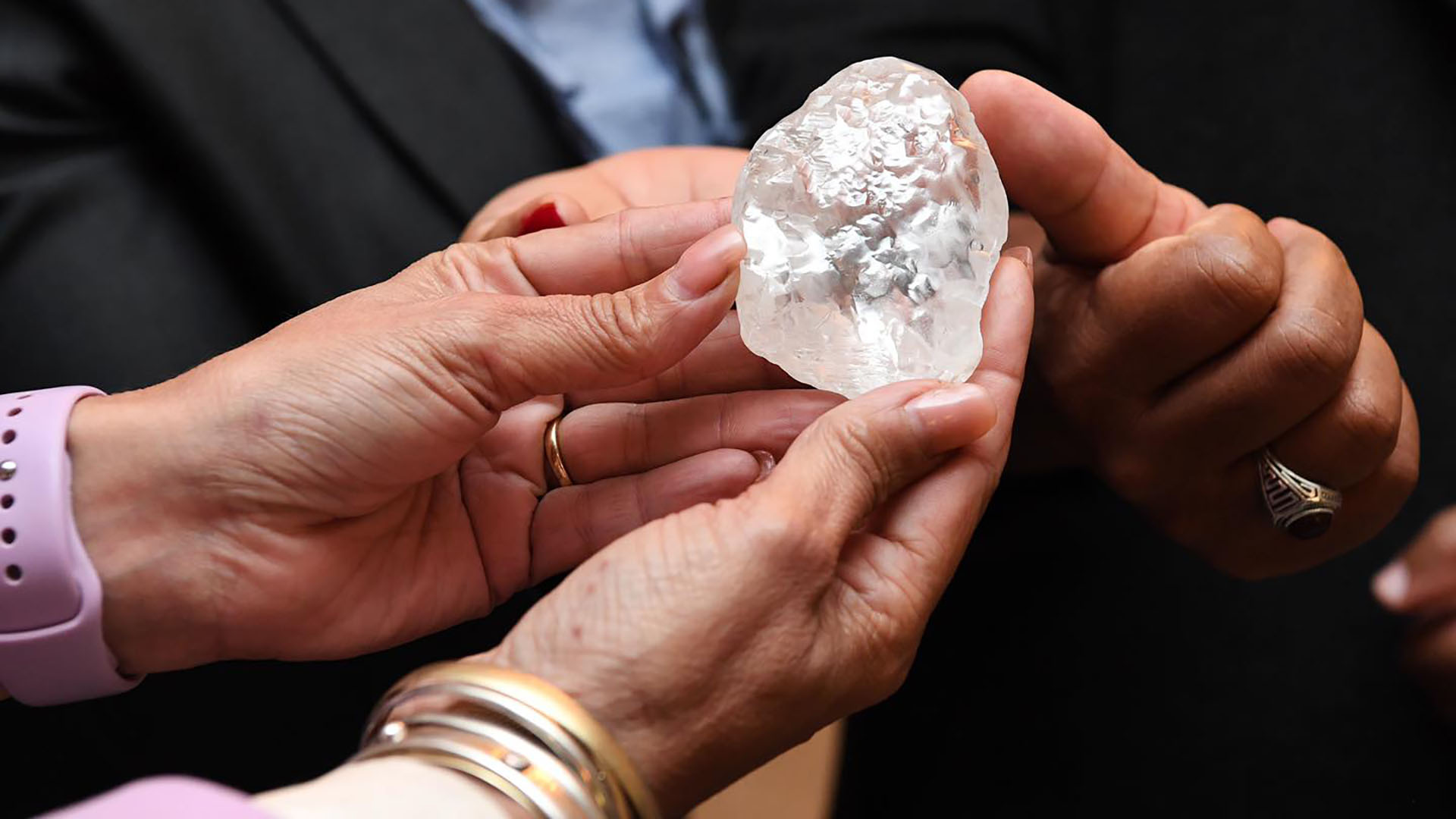 A giant diamond of more than 1000 carats, believed to be the third largest gem-quality stone ever mined, has been discovered in Botswana.

The stone, measuring 1098 carats, was pulled from the Debswana Diamond Company’s Jaweng Mine, which – fittingly – is referred to in Botswana as the “Prince of Mines.”

The diamond is reported to trail only the 3106-carat Cullinan stone found in South Africa in 1905 and the 1109-carat Lesedi La Rona, which was also found in Botswana in 2015.

“This is the largest diamond to be recovered by Debswana in its history of over 50 years in operation,” the company’s acting managing director Lynette Armstrong said.

The diamond measures 73mm in length, is 52mm wide and 27mm thick, and is said to be a major boost for both Debswana and the Botswana Government, which have both been impacted strongly by the COVID-19 pandemic.

The discovery comes as Rio Tinto prepares to sell the last of the rare pink diamonds extracted from its Lake Argyle mine in WA’s Kimberley.

Argyle closed late last year after more than 40 years of operation and the sale showcase consists of 70 diamonds weighing 81.63 carats in total, including a 3.47-carat stone that is the largest Fancy Intense Pink diamond ever offered at the annual Argyle Pink Diamonds Tender.