The Drilldown: how Ken went back to his Kalgoorlie roots and then kicked on 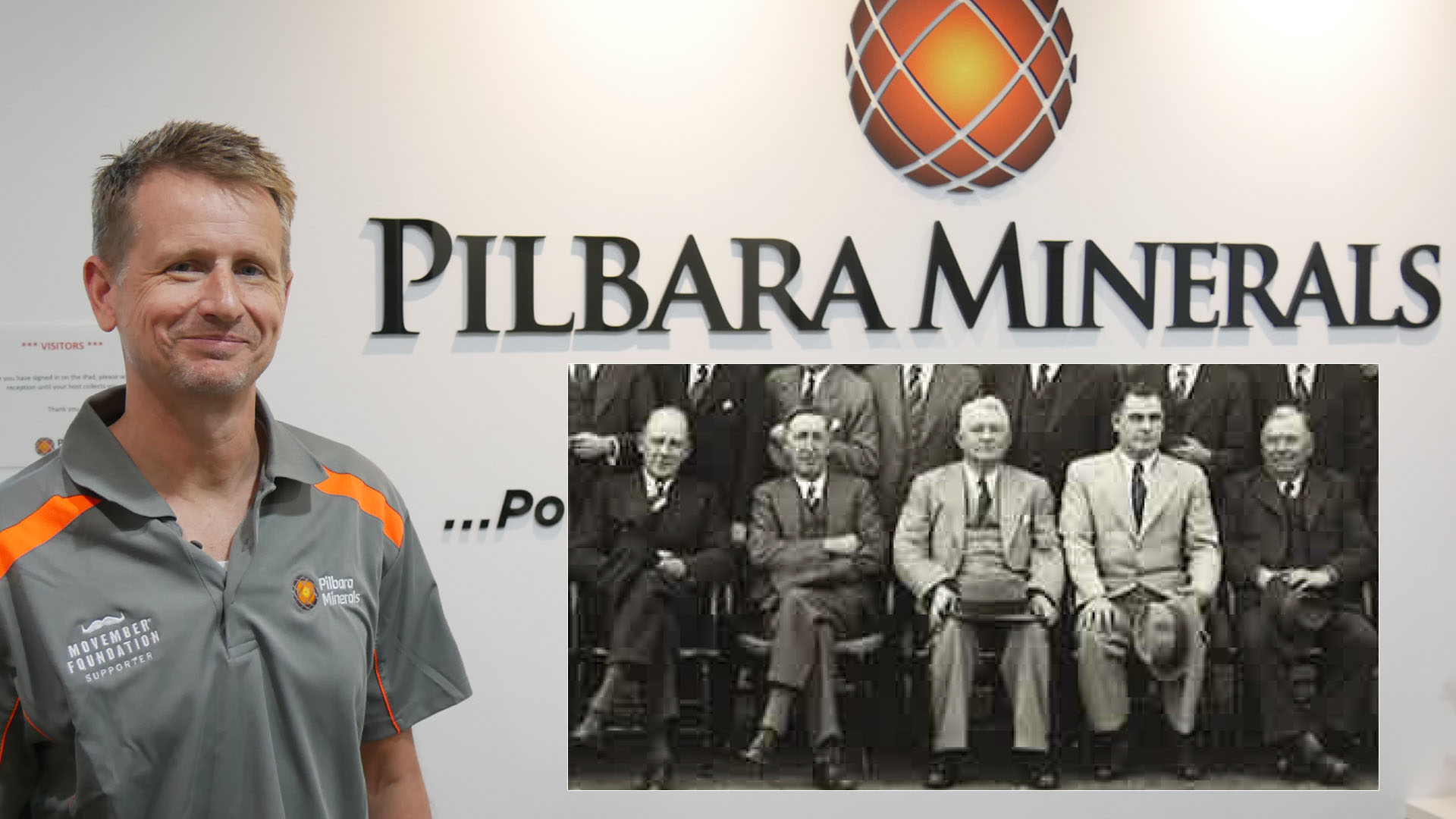 In this edition of The Drilldown, we catch up with Pilbara Minerals CEO and Managing Director Ken Brinsden to find out about his start in the mining sector, why he choose to join the emerging lithium and tantalum producer in 2016, WA’s path through COVID-19, the exciting outlook for battery minerals and the mining professionals of the future.

Born into mining…with a twist

While Ken Brinsden was born in Sydney and went to school at Epping (which is in John Howard’s old electorate of Bennelong), there were some strong, pre-existing links to the mining sector.

“A decent chunk of my family was from Kalgoorlie,” Brinsden explained.

“We did a bit of travel back and forward, so I got some early exposure to Kalgoorlie and the mining industry.

“Both my grandfather and my great grandfather on my father’s side were mine managers along the Golden Mile and on my mum’s side, my grandfather was a lecturer at the [WA] School of Mines, so you could argue it was just fate that I would end up in mining.”

Like many youngsters, Brinsden wasn’t exactly sure what he wanted to do after high school. But Kalgoorlie-Boulder’s famed isolation proved a factor in him enrolling for a mining engineering degree at the WA School of Mines.

“It became pretty clear to me at that time that I wanted to move away from home – and Kalgoorlie was about as far away from Sydney as I could get,” he recalled.

“So that was the decision and I never really looked back. I thoroughly enjoyed my time in Kalgoorlie and it was a great entry to the industry.

“Kalgoorlie had that really rich, deep history in and around mining…you really couldn’t ask to be closer to the industry while studying.”

A tough time to get started

But he landed on his feet by scoring a job as a graduate mining engineer with Western Mining Corporation, initially at Olympic Dam in South Australia and then on the Lafranchi and Schmitz nickel mines in Kambalda.

“As a function of not that many graduates coming out of the School of Mines [at that time], I think all of us were lucky enough to win graduate employment,” Brinsden said.

“For me personally, I think I really landed on my feet.”

After fulfilling his graduate obligations, Brinsden’s career then took him to a variety of sites and commodities: gold at Big Bell (north of Cue), Bullen and Okay (Norseman) and St Ives (Kambalda); mineral sands with Iluka in the Murray Basin; and iron ore in the Pilbara with Atlas Iron, where he spent nine years including more than three as managing director.

But in early 2016 he joined Pilbara Minerals, shortly before a pronounced spike in lithium prices.

“That’s another one of those situations where I feel incredibly lucky,” he said.

“My first conversations with the founding directors at Pilbara minerals were in the second half of 2015. And my perspective at the time was that I really felt like the guys were onto something and that the geology was going to support a significant resource and who knows, maybe a significant reserve.

“But [that was] without really understanding the enormity of the lithium raw material supply industry that was to come.

“In the intervening period, lithium markets have seen some incredible highs, of course, but equally, some reasonably deep lows – but the whole experience has been both a lot of fun.”

So what exactly is tantalum?

The use of lithium – particularly in batteries – is widely understood but Pilbara Minerals’ other product, tantalum, may not be one that people are so familiar with.

“An important subset of what we mine at our Pilgangoora project is tantalite, which is a host of tantalum,” Brinsden explained.

“It’s another specialty metal…used principally in capacitors in the electronics industry, either in your phone or your laptop and the like.

“It’s also used for some future metals, things like coatings for jet engine turbine blades, space applications, and more recently for medical purposes – prosthetics and that type of thing.

“That’s an important part of our value proposition from the Pilgangoora project.”

Brinsden reflects on the impact of the global pandemic much the way others in the mining and resources sector have – a significant challenge but one which operators have been able to negotiate.

“COVID-19 could have been so much worse in Western Australia,” he said.

“Save for the really constructive relationship that emerged between government and industry, especially via CME, to make sure that to the extent it was possible, there was continuity of mining operations.

“I think as the Premier quite rightly put it, ‘who else is going to pay for the schools, the hospitals and the police station?’

“I think we came out of it in a really good light. People looking from the outside into the mining industry could only have got a constructive view about the important part that we play in the economy.”

Moving towards an electrified future

Brinsden is excited about the battery materials space in which Pilbara Minerals operates – including from a big picture perspective that extends well beyond our shores.

“The way that we generate power, the way that we distribute power, and the electrification of the transport industry and energy storage, are really important dynamics for the global economy,” he said.

“And the mining industry has a really important part of play in providing the raw materials that support that change.

“For me, this could be the number one theme for the mining industry going forward. A future facing industry, as opposed to dealing with legacies, like fossil fuels.”

As a WASM graduate, Brinsden says it’s vital that the nearly 120-year-old institution is well supported by industry and also healthily funded.

He believes WASM is producing graduates with greater skill sets than ever before.

“I think most graduates come to the workforce now probably with a higher level of skill,” Brinsden said.

“It’s the skill base that relates to the application of mining software and the like. I think they’re really well placed to grasp and deploy.

“It’s also the case now that there’s a more diverse offering coming out of places like the School of Mines, and most mining schools.

“There will be things like dual degrees and post grad qualifications that might lead to a level of specialisation. They’re all relatively new developments for the industry.”

A word of advice

Asked for the advice he’d give to anyone considering entering the sector, Brinsden’s answer is simple.

“I could only encourage them to consider mining,” Brinsden said.

“What’s on offer is a diverse, incredibly rich career that arguably is quite raw in its own right – with significant levels of responsibility and accountability that go to creating really sophisticated professionals and, ultimately, managers for our industry.

“I think people should in some way, shape for form be attracted to that because there are not many other careers where you can be given so much responsibility at a relatively young age.

“The mining industry now, when you think about that battery raw material subset, is very much future facing.

“That’s an industry that is ultimately going to change the world…and why wouldn’t you want be a part of that?”