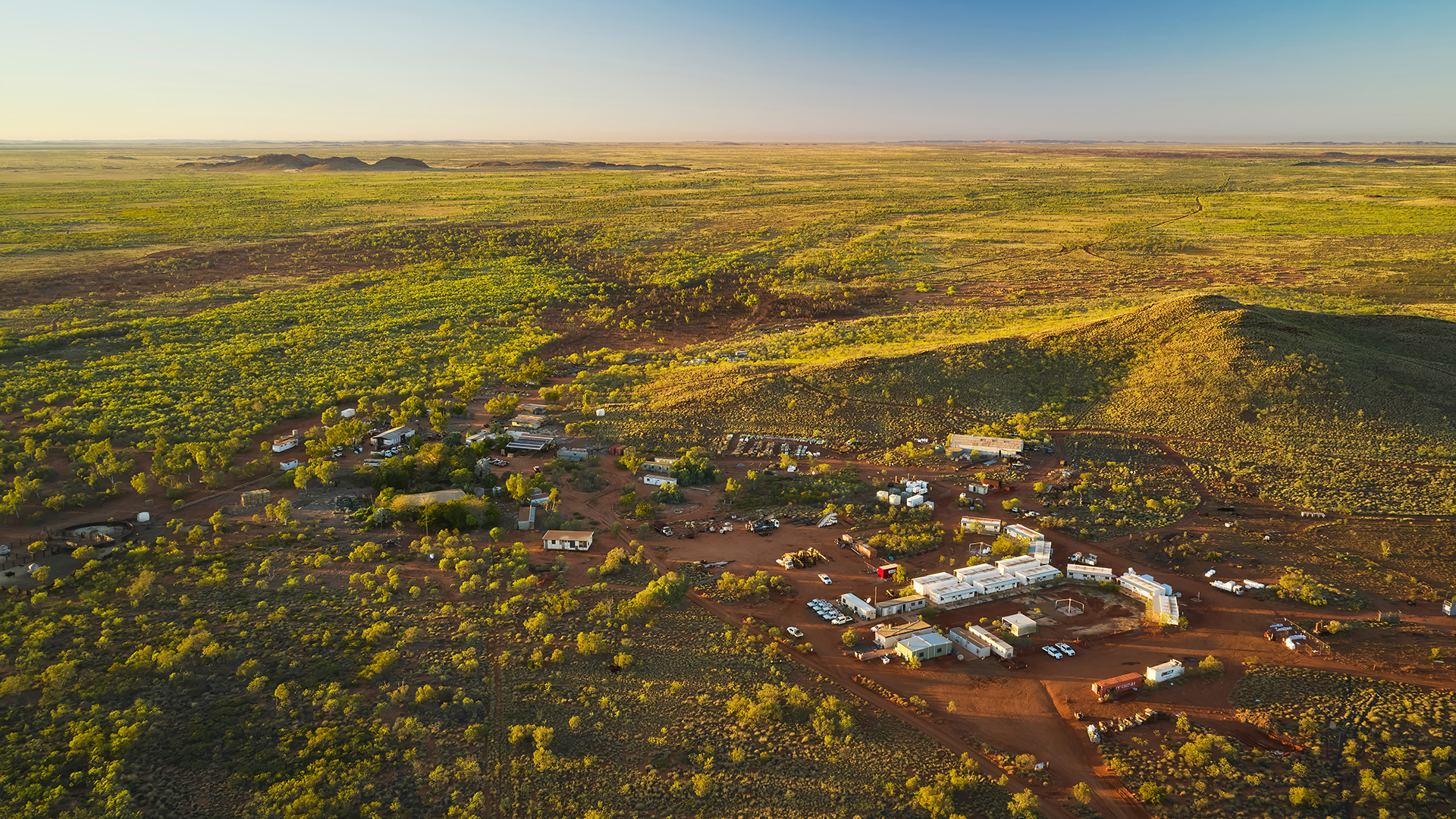 Jimmy, as the story goes, picked up a stone to throw at a crow, which had knocked over a flour bag he was using to make damper. Upon closer inspection, Jimmy noticed his stone had a glint of gold in it, and soon found more nuggets in the surrounding area.

The location was Mallina Station, a little less than 90 kilometres south-west of Port Hedland in the Pilbara. And the year was 1888, a full five years before a famous discovery by Paddy Hannan triggered WA’s biggest gold rush (one which, in many ways has never stopped).

Kalgoorlie-Boulder, the site of Hannan’s good fortune, may be home to the Super Pit and the focal point of WA’s Goldfields but it’s certainly not the only place you can happen across gold in the State – as emerging explorer and project developer De Grey Mining can attest.

Not coincidentally, De Grey referenced the Withnell story in its 2020 presentation at the Diggers & Dealers Mining Conference, a speech which made it clear that there was much more to Pilbara mining than iron ore.

Well, in the case of Hemi and Mallina, that’s still to be completely determined. But De Grey has been open in saying it hopes Hemi will turn out be the Pilbara’s first “tier one” gold deposit – a term without an exact regulatory definition but generally associated with mines that demonstrate high yearly production, boast long life spans and which are expandable.

“The deposit appears to be larger than anything else in the Pilbara region. It’s changed the face of what we think of the Pilbara geologically.

“That’s an order of magnitude 10 times bigger than anything we’ve seen in our project area before.”

De Grey may have vaulted into public consciousness over the past two years, but the company has been around since 2002 and actually made Pilbara gold discoveries as far back as 2004 at Wingina and Turner River.

Exploration efforts, however, were largely around commodities like platinum, base metals and manganese until the early to mid-2010s, when a renewed focus on gold and the discovery of a deposit at another part of Mallina named Toweranna paved the way for the Hemi find.

In pure geological terms, the gold encountered at Toweranna was “intrusion-hosted.” In something closer to layperson’s language, it was an “enigma” (the term used in an ASX release in 2018), a “new style of gold mineralisation” for the Pilbara and motivation enough for De Grey to step up drilling at other areas of its Mallina tenements.

“When I first joined, there was a tiny little office on site and a camp of, say, 40 people. Now it’s expanded to a peak of maybe 110 people.

Shallow rock cover over the deposit, and mineralisation to depths of greater than 400 metres in some areas, means Hemi is likely to lend itself to large-scale, low-strip ratio, low-cost open pit mining methods.

De Grey is on the record as saying its aspirational target for Hemi is a project capable of producing more than 300,000 ounces per annum of gold for at least 10 years.

“We’ve had quite a lot of interest and not just from the geological community but the investor community as well,” Beckwith said.

“Around us, some of our competitor companies have raised a lot of money on the back of the Hemi discovery, and a lot of investors have backed them to find another [big deposit] nearby.

“We’ve gone from effectively four geologists working on the project to over 30, and from one or two drill rigs to 12.

“We’re working very hard, doing lots of drilling and investor-wise, the company has attracted a large proportion of the top-10 gold funds internationally.

“The Pilbara had one of the first gold discoveries in WA but unfortunately there haven’t been big deposits since then.

“The Hemi discovery is very important for the Pilbara going forward.”