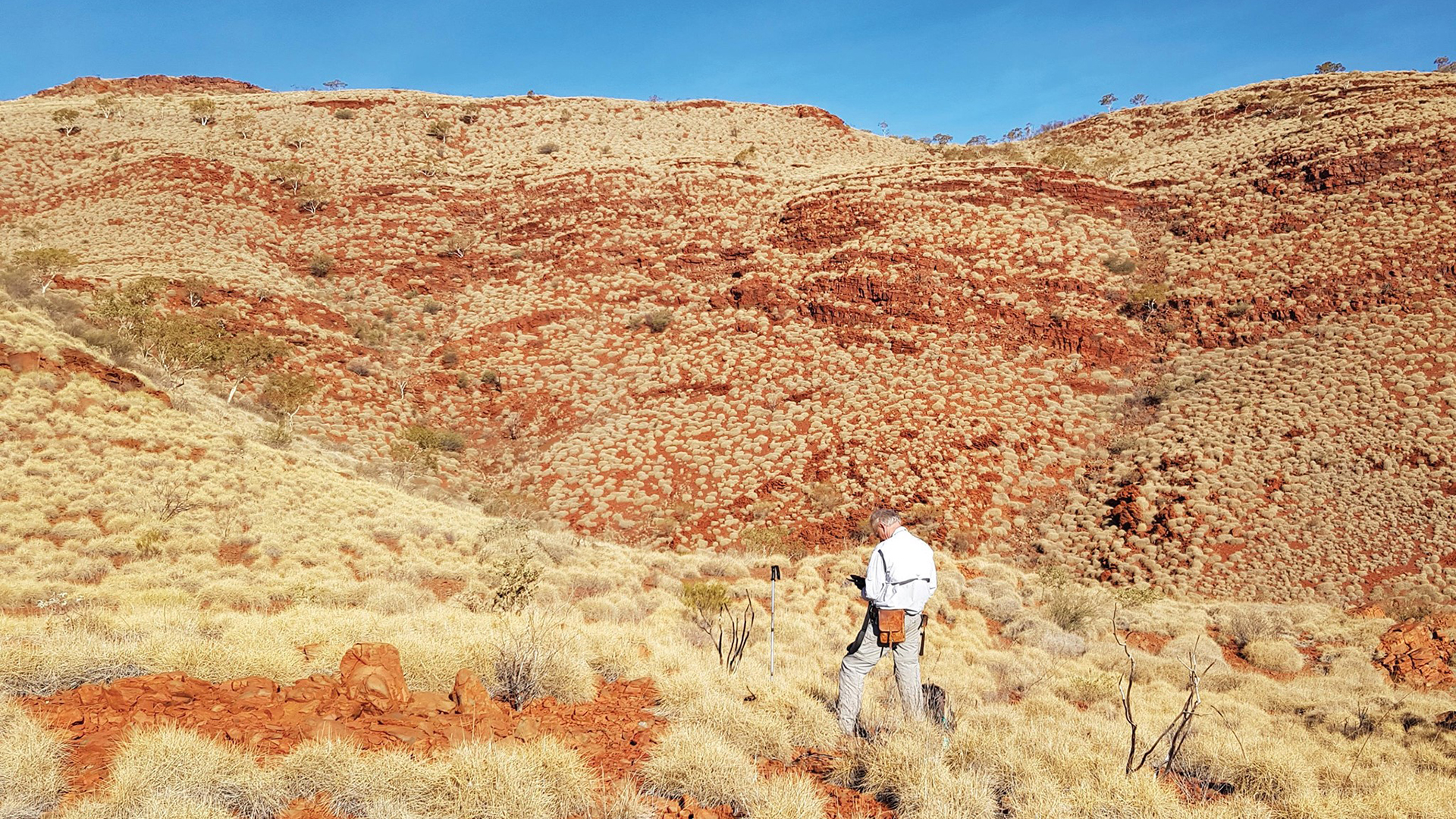 What’s been around for 133 years, has underpinned some of the State’s most exciting mining discoveries and covers some 2.5 million square kilometres of WA?

If you’re scratching your head with no idea what it could possibly be – don’t worry. You certainly won’t be alone. Because the Geological Survey of WA is arguably the State’s most valuable resource that most people have never heard of.

“Our remit in layman’s term is to understand the geology and resources of the State,” the GSWA’s Executive Director, Jeff Haworth, says.

“And you may say ‘why do we do that?’ And the reason is to give government advice on geoscience matters like land use planning, resource allocation and state development.

“We also collect our own data, as well as company data, which is released to the public. And the reason why we do that is that it reduces the exploration risk for investors coming into Western Australia.

“And finally we produce geopark information, tourist information and donate specimens to the WA Musuem.”

If all of that sounds quite matter-of-fact and a bit low-key, that’s probably a pointer to the way the GSWA – part of the WA’s Department of Mines, Industry Regulation and Safety – tends to operate.

While plenty of people see the large-scale mines and off-shore platforms that produce the minerals, oil and gas which contribute tens of billions of dollars to the State’s economy, few of them would understand the scope of data and research work that leads to the discovery of these resources.

But ask an exploration geophysicist like Jayson Meyers and they will make it clear how vital the GSWA’s activities in the background are.

“The work they do is just invaluable,” Meyers, who runs Perth-based Resource Potentials, said.

“When I go to a new area, the first thing I do is go to the Survey website and I get their report [on that area] and read up on it before I even set foot on the ground.

“The value to the industry is immeasurable.”

That last bit may not quite be technically true because an economic impact study by UWA of one of the GSWA’s flagship programs, the Exploration Incentive Scheme, found that every dollar invested in it resulted in a return of $31 for West Australia.

Haworth is happy to identify a few of the GSWA’s more recent high-profile success stories, and also a very modern pathway to potentially bigger public recognition.

“The Geological Survey has a good track record in discoveries,” he said.

“The most recent discoveries made using our data would be Nova-Bollinger [a nickel-copper-cobalt mine in the Goldfields], Gruyere [a massive gold resource east of Laverton] and Bellevue [another gold project east of Kalgoorlie-Boulder].

“Nova-Bollinger was discovered using geochemical data from us, and recent aeromagnetic data from us pointed that structure out.

“We are certainly known in the mining industry but to the general public maybe not so much.

“We think we are a good resource and contribute very much to the State’s economy and we are now reaching out a bit more – in the last couple of years we’ve been getting onto social media, which is something we’d always avoided previously…now we’re on Facebook, Twitter and LinkedIn.

“COVID-19 has been an interesting period of time for us because we’ve had to look at different ways we get our message out with face-to-face meetings not possible.

“We’ve done a lot of webinars that had very good followings…we are reaching out to the public more than we have done in the past.”

The establishment of the Geological Survey of WA pre-dates the discovery of gold in Kalgoorlie-Boulder, which gives some indication of the long-standing and intertwining path it has weaved alongside the State’s mining and resources sector.

Way back in 1847, Ferdinand von Sommer was appointed as the WA Government’s first geologist and given the one-man job of finding coal and lead for the relatively fledgling settlement.

These days the GSWA has about 70 geologists, along with data experts, vehicle fleet managers, core “librarians” and other specialists as it goes about its work in an increasingly technology-assisted fashion.

“In the old days we used to take rifles and shoot our own food and ride on horses and camels. Now we have a fleet of vehicles specifically built for us because of the terrain we have to go in.

“And we don’t always just map in, in person. We are now doing regional mapping using drones, so the technology’s changed quite a lot.

“I guess another way of looking at that is, we started off looking at outcrops. Now we’re using all the new technologies, and we’re seeing what’s under the surface.”