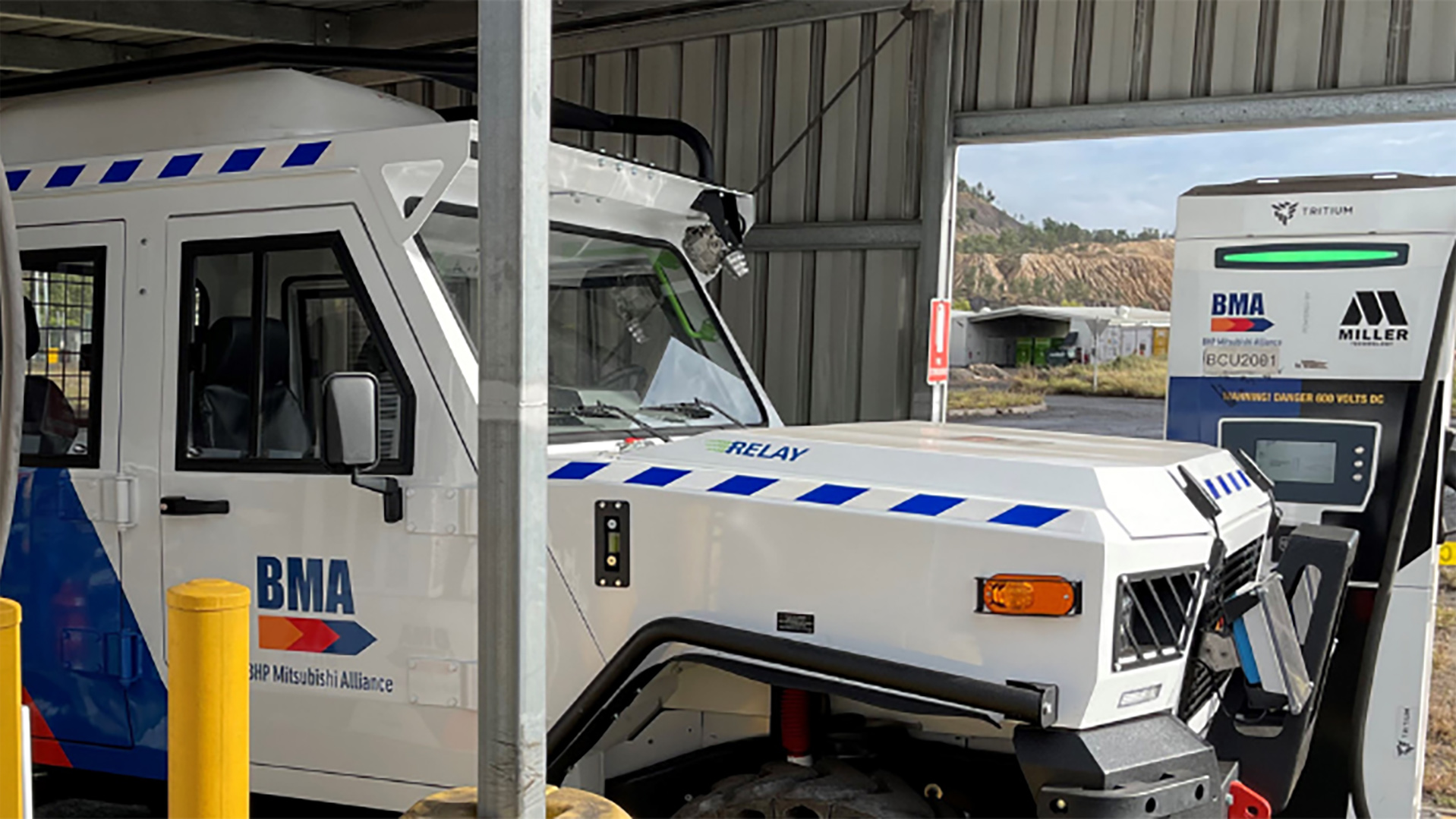 Mining giant BHP is trialling technology that will allow electric four-wheel-drives used in its Queensland operations to charge to 171 kilometres of range in as little as 10 minutes.

The trial, being undertaken as part of the BHP Mitsubishi Alliance, involves the use of fast-charging units deployed by Tritium to power up Relay vehicles, which have been specifically manufactured by Miller Technology to fit rugged mining environments.

The charging units are also capable of providing enough “juice” in 20 minutes to get vehicles through full 10-hour shifts.

“As the only liquid cooled, IP65-rated EV charging technology provider, Tritium is uniquely positioned to support the mining industry’s transition to electric vehicles, through innovative charging technology that is sealed to protect against sediment, dust and moisture, and rated to operate in harsh conditions,” Tritium CEO Jane Hunter said.

The Relay, which has a hybrid charging system that provides for fast-charging, is designed to offer mining operations more environmentally-friendly options to traditional diesel light duty vehicles used on site.

It is also capable of adding up to an extra two hours to its run time with regenerative braking technology.

The trial is part of BHP’s continued progress towards its goal of achieving net-zero emissions by 2050.

BHP announced earlier this year that it was experimenting with an “electric ute” at its Nickel West Cliffs underground mine in the northern Goldfields.

More broadly, electric vehicles – which not only cut emissions but are forecast to be more durable than diesel counterparts – continue to find a foothold across the mining sector and resources sector, including in WA.

Evolution has rolled out the Rokion R200 at its Mungari Operations – Frogs Leg Underground mine in WA’s Goldfields.

Meanwhile, The Australian-developed Bortana EV – invented by WA School of Mines graduate Steven Durkin – has been trialled with success at several mine sites, including IGO’s Nova mine in the Goldfields.