‘I wanted to learn how to help’: Victoria embraces emergency response life on site 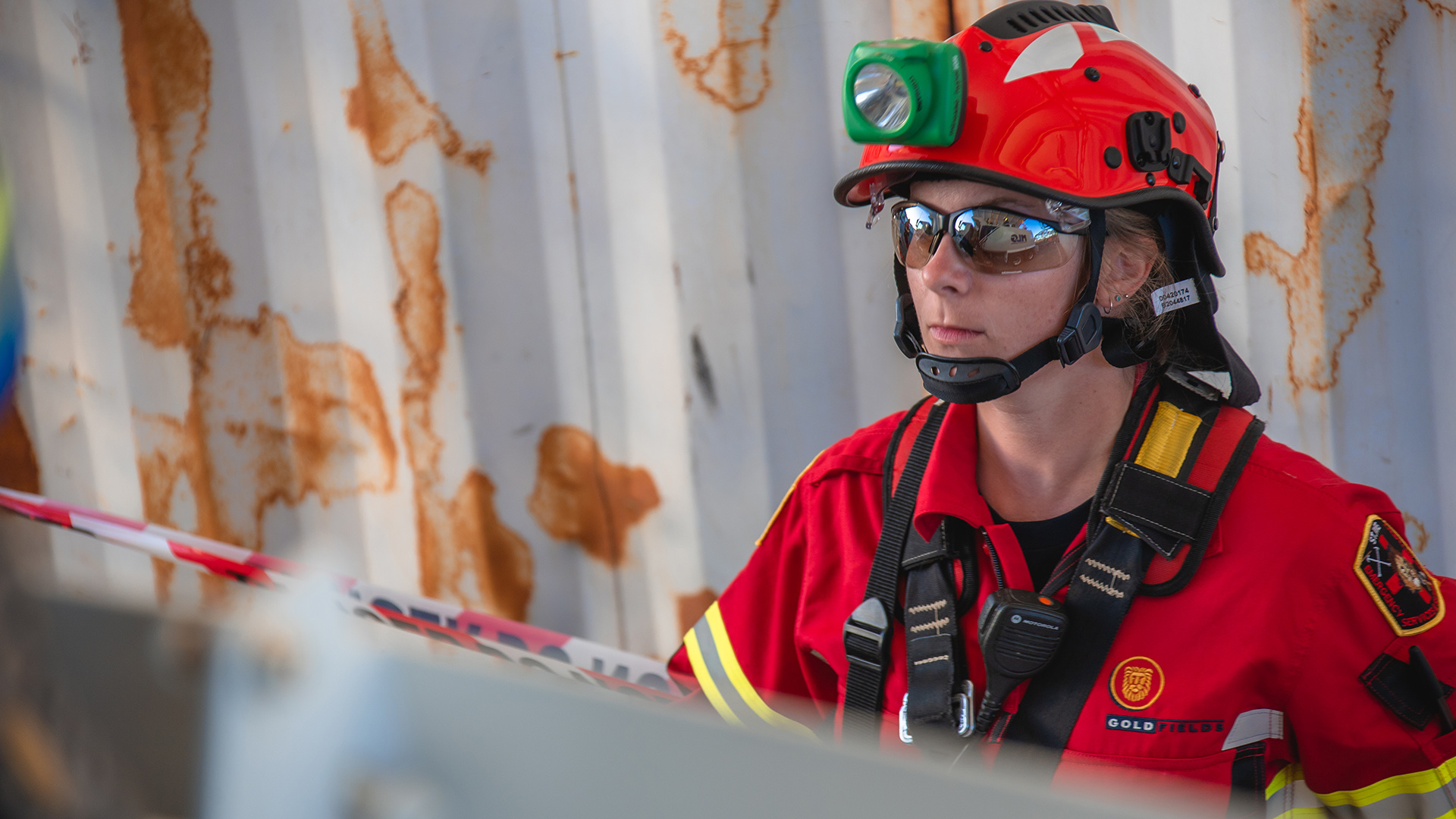 Only three years ago, Victoria Putter had no experience as part of an emergency response team – now she’s captain of the St Ives team that competed at the Goldfields Surface Mine Rescue Competition earlier this year.

Putter, an electrical technician at Gold Fields’ St Ives mine south-east of Kambalda, says her initial interest in emergency response work was two-pronged.

“Firstly, I saw a colleague with all these trophies [from a competition] walk into the workshop one day,” Putter explained.

“And I also had a bit of a personal issue where I didn’t know how to help a person. That’s when I decided to change that and actually learn how to hand out emergency care to someone who needs it.

“I signed up to the emergency response team back in 2018 and it’s grown from that. I competed in the 2019 underground comp and the [surface] comp that has just passed and I’m now also a volunteer on the public side of things with DFES.”

Ask anyone involved in a mines rescue competition – like November’s Goldfields Underground Mine Rescue Competition, hosted by Evolution Mining – and they will invariably tell you that such events are invaluable preparation for emergency circumstances they hope never to encounter, but know they could one day face on site.

Putter says the physical training involved is “blood, sweat and tears” for two weeks leading into every competition.

“Without these comps, you don’t get that full-blown practice in a realistic scenario,” Putter said.

“I didn’t expect ERT to be the way it was until I did my first comp in 2019 and it’s definitely a good way to prepare teams for those potential situations on site.

“My favourite thing is the actual scenarios themselves and the rush of the adrenaline when you walk in and someone is screaming and needing help.

“I just can’t get over that feeling, especially with the scenarios on the first day of competition. They are insane and feel really realistic.”

While trophies are happily received and help foster pride back on site – St Ives was recognised for the best overall breathing apparatus skills at May’s surface rescue competition – Putter says the team-building and networking aspects of rescue competitions shouldn’t be overlooked.

Rivalry between mining operations can be fierce but there is also a strong sense of camaraderie and a commitment to sharing learnings and challenges.

“There’s definitely a lot of mingling between teams when we’re at stations and waiting for our turn,” she said.

“You might talk to other teams about what they had done previously and potentially how they did the scenarios we’ve already completed. It’s valuable just to be able to have those chats.”