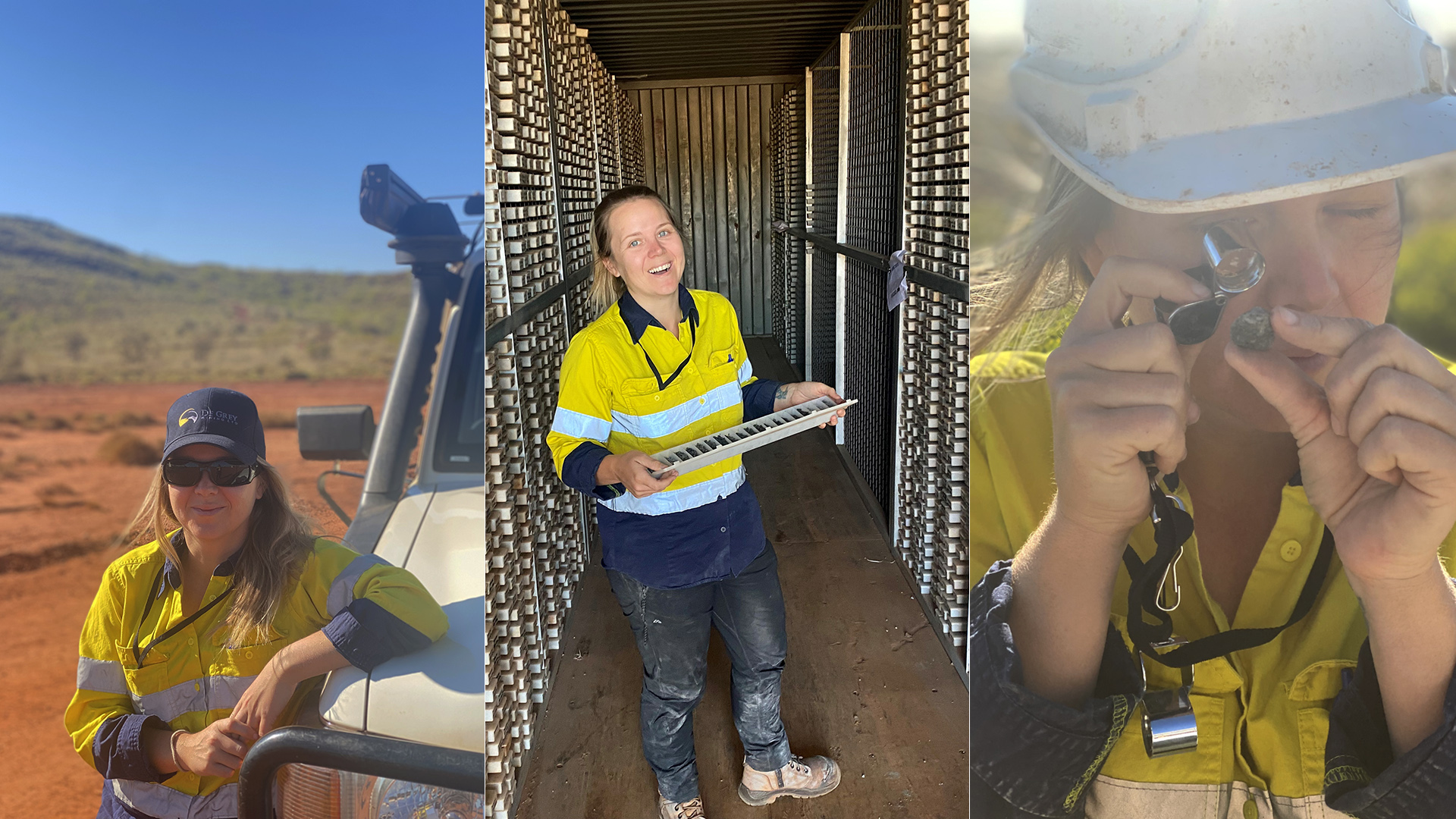 If everything had gone to her original plan, Nicole Young would now likely be designing buildings.

Instead she’s the senior geologist on one of WA’s most exciting mining projects – and she wouldn’t have it any other way.

“When I was in high school, I wanted to be an architect,” Young reflected.

“But the school I went to didn’t run the subjects to get into architecture at uni, so I was put into geology [related subjects] as a default.

“I had a really passionate teacher who was actually a geologist and turned to teaching for a while…and in getting put in by default I found that it was really interesting and that I was all-right at it.

“I also had my dad press upon me, because of his experience in the mining industry, that if it was something I enjoyed that it would take me anywhere.

“He said ‘you can travel, have adventure, you don’t need to be in an office and it will be a really good lifestyle for you, while doing something that you enjoy’.”

That change of career tack initially led Young to a Bachelor of Science, Applied Geology at Curtin University and then roles with Mount Gibson Iron, Mineral Resources, Tawana Resources and Bellevue Gold.

Since May 2020, Young has been part of the geologist team at De Grey Mining, which created headlines around the world in late 2019 with the massive Hemi discovery at its Mallina Gold Project south of Port Hedland.

De Grey announced a giant maiden gold resource of 6.8 million ounces in late June, and the project in the midst of what has traditionally been “iron ore country” has the potential to change the way people look at the Pilbara.

“When I first joined, there was a tiny little office on site and a camp of, say, 40 people. Now it’s expanded to a peak of maybe 110 people.

Working for De Grey allows Young to engage in the things she loves most about being a geologist.

For starters, there’s the fact much of her work is undertaken in the great outdoors, which the Pilbara has in droves. Port Hedland is the nearest “major” settlement to Hemi, and that’s some 90 kilometres away.

There’s also the continual thrill of discovery. De Grey has been open in its optimism that Hemi will become the Pilbara’s first “tier one” gold deposit and significant exploration targets remain within a 15km radius known as “Greater Hemi.”

“What I like most about being a geologist is not being in a normal nine-to-five office job,” Young said.

“I love that it takes me to weird places in WA but you can also end up all over the world as a geologist.

“The thing with geologists, whether we’re looking for a resource mineral or not, there’s an inherent interest in the rocks we’re finding in the ground.

“It’s hard to describe the feeling when you’ve got a target on your mind, whether it’s from desktop studies or magnetic surveys or aerial [imagery] or historic data, and then to actually go out and drill it and see something promising come up.

“It’s like winning basically. When you find something you’re looking for, you’re winning.”

Day-to-day, Young manages drill plans at Hemi, ensuring that drill holes are being designed and placed to hit targets. She also manages data and safety details and coordinates training for other geologists as required.

Young is keen to see more young people follow in her footsteps into geology – accidental as they might initially have been – and says women entering the mining and resources sector should allow themselves to dream big.

“For any young person who’s considering getting into geology, I would recommend they absolutely study and get involved,” Young said.

“[With] Curtin University, I’m probably a little bit biased, [but] there are excellent field trips.

“If you’ve got a sense of adventure and like rocks, then just do it. You never know where you can end up.

“For women thinking about getting into the mining and resource sector, my advice would be to know what you want to get out it, work hard and don’t feel that you’ll be limited to a particular role.

“Once you get your foot in the door there’s no limit on where you can go and what you can do.

“If you’ve got the drive to do it, you can end up wherever you want.”