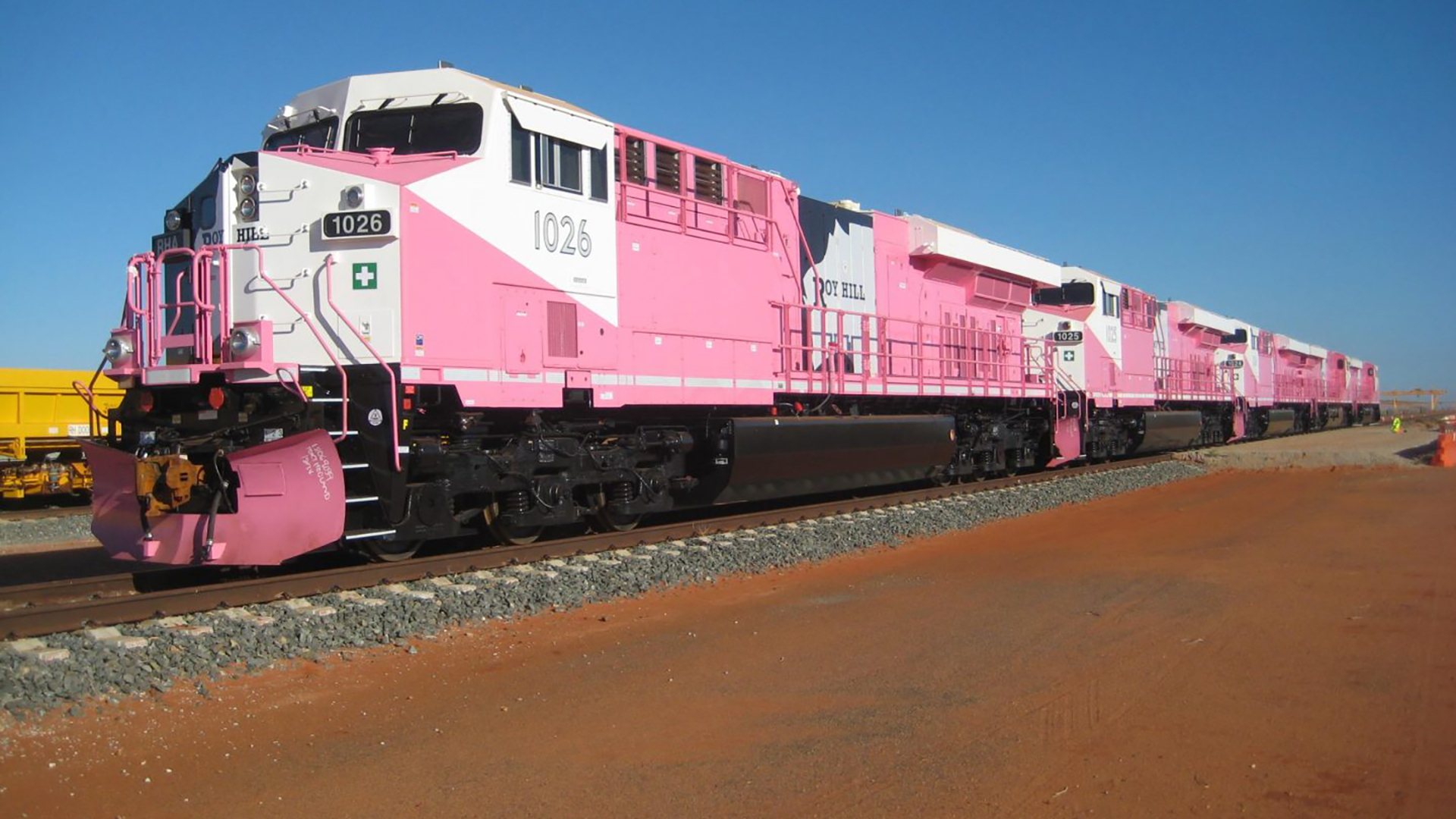 The electrification of the WA mining industry continues to gather pace, with Roy Hill set to employ the world’s first totally battery-powered locomotive at its Pilbara operations.

On the same day as Rio Tinto announced a venture into zero-emission haul trucks, Roy Hill revealed it would take delivery in 2023 of Wabtec’s FLXdrive locomotive, which has an energy capacity of 7 megawatt hours.

The FLXdrive is expected to reduce fuel costs and emissions by a percentage in “double digits” for each train, and has a special liquid cooling system designed to withstand testing Pilbara temperatures while carrying ore to port

“It has the horsepower to operate in a heavy haul train consist pulling loaded wagons with 35,000 tonnes of iron ore, while at the same time reducing the entire train’s fuel consumption.”

Roy Hill currently uses four Wabtec ES44ACi “Evolution Series” diesel-electric locomotives in a consist to pull trains that are typically 2.7km in length. The FLXdrive will replace one of the diesel locomotives to form a hybrid consist, and recharge during the trip through regenerative braking.

In addition to the announcements from Roy Hill and Rio Tinto, BHP recently started trialing an electric 4WD in Queensland that can charge for 171km of range in just 10 minutes.

BHP has also trialled an “electric ute” at its Nickel West Cliffs underground mine in the northern Goldfields.

More broadly, electric vehicles – which not only cut emissions but are forecast to be more durable than diesel counterparts – continue to find a foothold across the mining sector and resources sector, including in WA.

Evolution has rolled out the Rokion R200 at its Mungari Operations – Frogs Leg Underground mine in WA’s Goldfields.

Meanwhile, The Australian-developed Bortana EV – invented by WA School of Mines graduate Steven Durkin – has been trialled with success at several mine sites, including IGO’s Nova mine in the Goldfields.