‘We love to fly and love to help’: the pilots many West Aussies can’t live without 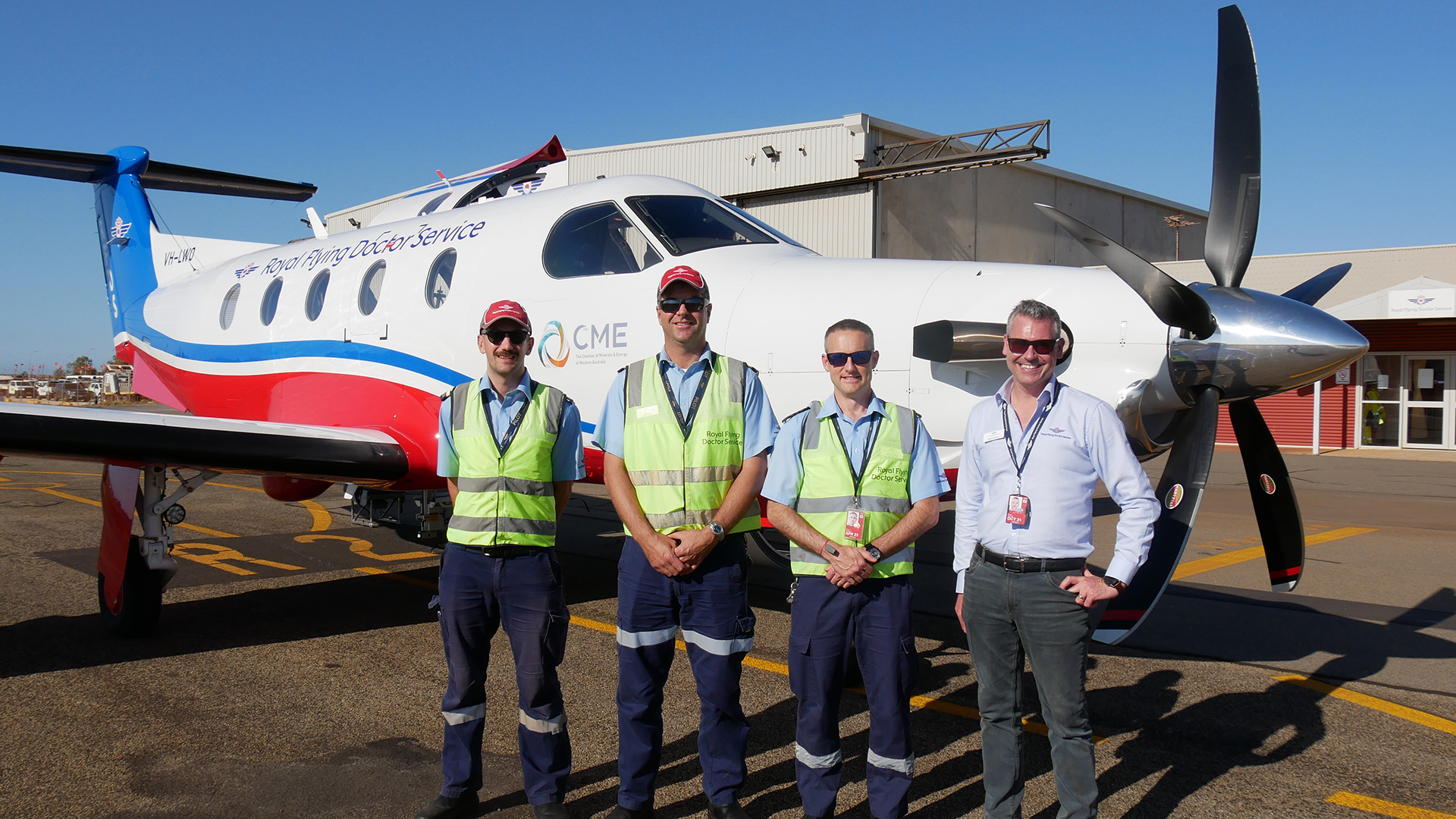 Over the course of a year, Jamie Hall will carry significantly fewer “passengers” than a lot of pilots – likely less than a few thousand in total.

But it’s the nature of them that is the most important thing. Hall, you see, is a senior pilot with the Royal Flying Doctor Service of WA and the flights he undertakes – in all manner of conditions – are among 10,000-plus patient transfers the service performs around the State’s 2.5 million square kilometres each year.

Many of them are genuinely life-saving.

“There’s always a lot of pressure – especially when someone has been badly injured or is critically ill,” Hall said.

“But safety always comes first. It’s all worth it at the end of the day with the reward that we get after a successful tasking.”

Hall and the RFDS now have one extra top-of-the-line plane at their disposal, thanks to the arrival recently of a Pilatus PC-12 aeromedical aircraft that will be known as the Wings of WA.

The purchase was made possible by a $5 million donation from the Chamber of Minerals and Energy of WA’s COVID-19 Community Support Initiative, a campaign launched in 2020 to raise funds for the RFDS, Foodbank WA and Lifeline WA.

A total of 22 WA mining and resources companies contributed to the fund, including BHP, FMG, Roy Hill and Rio Tinto.

One of the results is the brand new Swiss-made plane, which has since been fitted out in WA with signature RFDS aeromedical equipment such as ventilators, stretchers and patient monitors.

“We’re incredibly proud of the innovation and technology on board our PC-12 aircrafts,” RFDS Chief Executive Rebecca Tomkinson said.

“This newest addition will have the latest technology in its aeromedical fitout and will be able to do short runways and short landings.

“Really importantly, it’s built for the versatility to land in gravel and on remote airstrips.”

Nationally, the RFDS has 79 aircraft, and is often said to be the country’s third biggest airline after Qantas and Virgin.

The Wings of WA recently took a maiden voyage to the Pilbara and visited several minesites – a fitting itinerary given 400 patient pick-ups a year come from such sites (including injured or ill community members, who will have been taken there as the closest airstrip).

It’s expected the plane could have an even more vital role to play in regional communities if there are future COVID-19 outbreaks around WA. Already the RFDS has transported 134 suspected or confirmed COVID cases and facilitated more than 7000 vaccinations.

Hall says the PC-12, which often transports both a doctor and nurse, is perfectly equipped for the vital job it must do.

“The level of automation is second to none,” he said.

“One of the big benefits of this aircraft is that it flies above the weather at high speed but it’s also designed to fly slow enough to land on unimproved [landing] strips.

“What I love most by far is helping people. And at the end of the day, we also get to do what we love and that’s fly aircraft – that’s how we all got into it.”