‘You could hear the rumblings’: Adam built a business around mining’s big shift 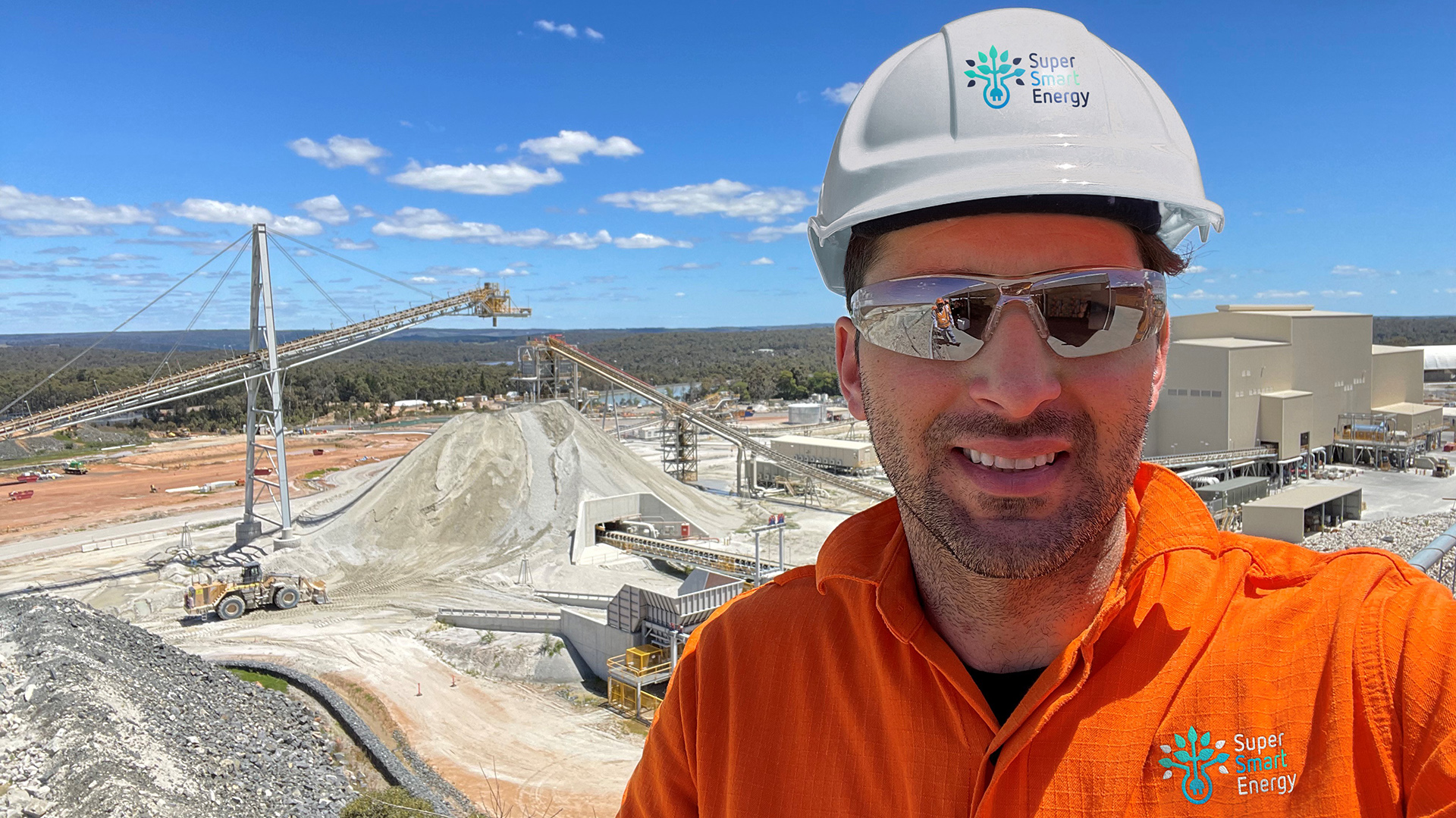 Adam Gangemi reckons there is a simple measure when it comes to the increasing focus on decarbonisation in mining operations, and how it relates to the institutions that invest in mining companies.

“It’s funny, but if you and I had a beer at the pub five years ago, and we were talking about our superannuation funds, I think we would only have been comparing their rate of return,” Gangemi explained.

“Whereas now it might be that mine is making 10 per cent but it is green, while yours is still making 12 per cent.

“The pub test now is that mine is actually better because it’s green and doing the right thing by the environment.

“The train has now left that [super funds] can’t just talk about being ‘greener’. Now they need to be showing that there is a plan in place for where their money is invested.”

Gangemi is in quite a unique position to appreciate the transition to a cleaner Australian mining and resources sector.

A little more than five years ago, he was working as a geophysicist, the career he originally qualified for by completing his honours in Geophysics and Seismology at Curtin University.

But for the past four-plus years he has been employed in energy efficiency consulting to mining operations, including close to three years as founder and Managing Director of Super Smart Energy.

“You could hear the rumblings about renewables, particularly solar power – you had friends and family putting it on their roofs at home for the past 10 years,” Gangemi recounted.

“Then I started to do a bit more research and heard that Norway’s big sovereign fund was putting pressure on mining companies to get out of coal. That was in 2013-2014.

“And I thought ‘well if these guys made all their money from oil and gas and they are doing that, there’s a shift about to happen.’

“I knew there were going to be some hard yards at first because it [decarbonisation] was a new space, but once things did turn – which is where we’re at now – I wanted to be there to help guide and educate the industry.

“I went and did an MBA at the University of Western Australia and funnily enough my very first case study was on the Norwegian Sovereign Fund putting pressure on mining companies to get out of coal.

“At that point I sort of thought that I was going down the right direction.”

From a day-to-day perspective, Super Smart Energy – which has now grown to a team of five – provides practical advice to mining operators and service companies on how they can decarbonise their existing assets and create a roadmap to net zero emissions.

That could be as “simple” as strategy planning, or a full decarbonisation plan involving detailed assessments of generators, “low hanging fruit” relating to equipment used, advice on first steps into renewable energy solutions (such as powering water bores or parts of mine camps), or even platforms that companies can use to track how well they are doing over a number of years.

I thought ‘well if these guys made all their money from oil and gas and they are doing that, there’s a shift about to happen.’

Gangemi notes the increasing number of major projects incorporating large-scale wind and solar power as evidence of where the sector is headed.

“I do think whatever that large storage battery turns out to be, will be a game-changer,” Gangemi said.

“Is it hydrogen? Is it a vanadium-radox battery? Is it zinc-air hybrid flow battery? I heard about a graphene-aluminum ion battery the other day that can recharge 60 times faster than a lithium battery.

“The other thing is that we are moving into a data space, where software from a story or communications point of view, internally and externally, will play a big part.

“What I mean by that is that [a mining company] might have a log-in for shareholders, or a publicly available display, which shows their decarbonisation journey.

“It might say ‘this is our decarbonisation plan, we’ve committed to net zero by 2050, and at the moment we’ve reduced our emissions by four or five per cent’ and it will allow investors to track their initiatives as they develop.

“At the moment we are more at a point of consultants looking at spreadsheets, extracting the data, and putting it into something that’s manageable for management to use, like a report.

“I can see that becoming more automated, and your C-suite executives and employees and maybe shareholders being able to log in and see if the company has hit its targets or not”

Gangemi says the process of creating cleaner mining ecosystems involves adjusting mindsets, from the tops of companies down to workers on the ground.

See also  'Thousands of hours': what goes into making a mine rescue competition happen

“I’ve been having a conversation with a company that is using solar to create potable water,” he said.

“They use the sun to run a pump, but they are actually pulling water out of the air.

“With newer mine sites that are going up, that could be very cost effective. And if you’re talking ‘green and clean’ that can also offset the amount of plastic waste that you are going to have on a mine site.

“The biggest challenge that mining and oil and gas is facing now is ‘how do we implement change? From job functions and outcomes to how do we get people to just go to the tap and fill up a reusable water bottle instead of taking 10 bottles to bed with them at night?’

“Changing mentalities is the hardest part and internal stakeholders have to manage that. But they are getting there.”