‘We can help anywhere’: why mine rescue training extends beyond site 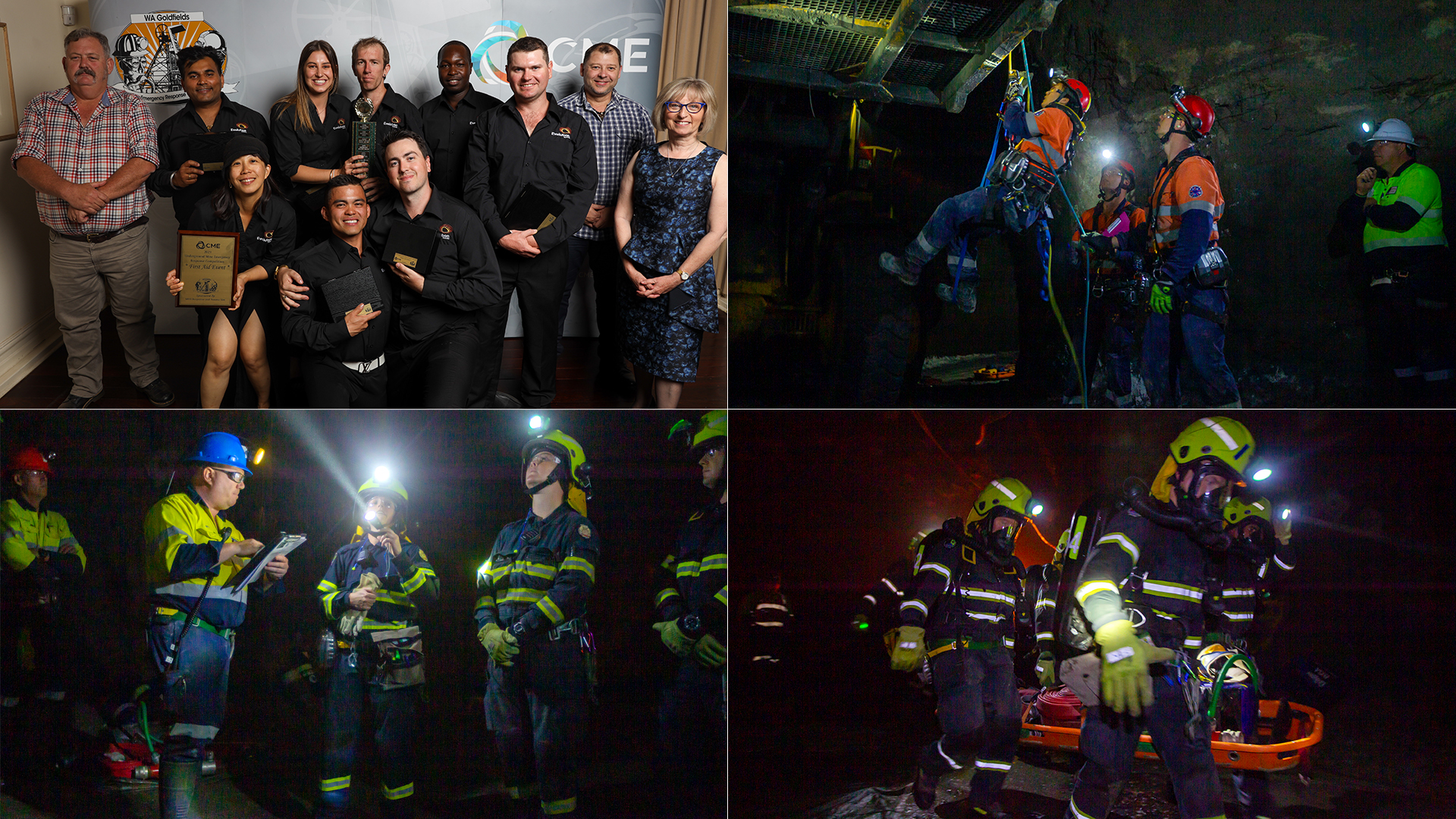 Nick Winner doesn’t need any reminders about the importance of mine site emergency response training (ERT) – or how it also helps prepare people for scenarios they might well confront in everyday life.

“It’s not just about site – it’s about life in general,” Winner said.

“After the surface mine rescue competition [earlier in the year], my daughter had a really severe asthma attack that ended up putting her in hospital.

“But because of the training I’ve received, I was able to care for her really well and get an airway open again before we got to the hospital.

“Even when we were at the hospital, I was able to check her vitals without the doctors and nurses having to disturb her sleep.

“We’re training for mine sites but really these skills can help us in our whole lives.

“I’d bet that everyone person who trains for a competition, if they saw something happening in the street, they would be the first ones to jump in.”

Winner, an open pit all-round operator for Evolution Mining, has had something of a whirlwind introduction to the world of mine rescue competitions.

The result was made even more noteworthy by the brief time the Evolution team has been working together.

“There were three of us who did the surface comp – the rest of them it was their first competition and we only met two weeks ago,” Winner explained.

“The first week it was a bit muddled and trying to get to know each other. And then something just clicked in the second week and we started going well together.

“I can’t totally describe how it feels [to win], I’m in a bit of shock. Recognising the team’s effort through the weekend means so much to me.

“I’m just thinking about how proud I am of them. I’m a bit blown away at the moment.”

While the environment in which teams are challenged is a safe one, the scenarios they face are as close as possible to what they might encounter in a real life site emergency.

Evolution also hosted the UMERC at its Hornet gold mine at Kundana, and Winner was able to see up-close what is involved in making such an event possible.

“The amount of people involved and the effort that goes in around the mine site is absolutely insane,” he said.

“I couldn’t even put a number on the number of hours people put in.

“As a team we do two weeks or pre-comp training, in addition to the regular training we have every Wednesday. And we also had some trainers from West Rescue, Mike and Ben, come to help us out.

“They say the training you do in the two weeks before an event equals 18 months of normal training and I can definitely see that.”

Despite the Evolution team’s stunning success, Winner says they still have much to learn given their “newness” to rescue competitions.

He believes the overall win is the best possible advertisement for getting more people involved in ERT on site.

“We know there are weaknesses in our team still and certain things we need to improve on,” Winner said.

“And if you don’t try to learn from those, then I think you are being a bit silly.

“I think the team we’ve currently got can try to pass on what we learned from this competition to the rest of site and try to better prepare the next generation.

“I think [the win] will make people excited to join our team, they will see the success we’ve had and will want a taste of it.

“This will boost not just the numbers for our ERT team but the effort that goes into it.”