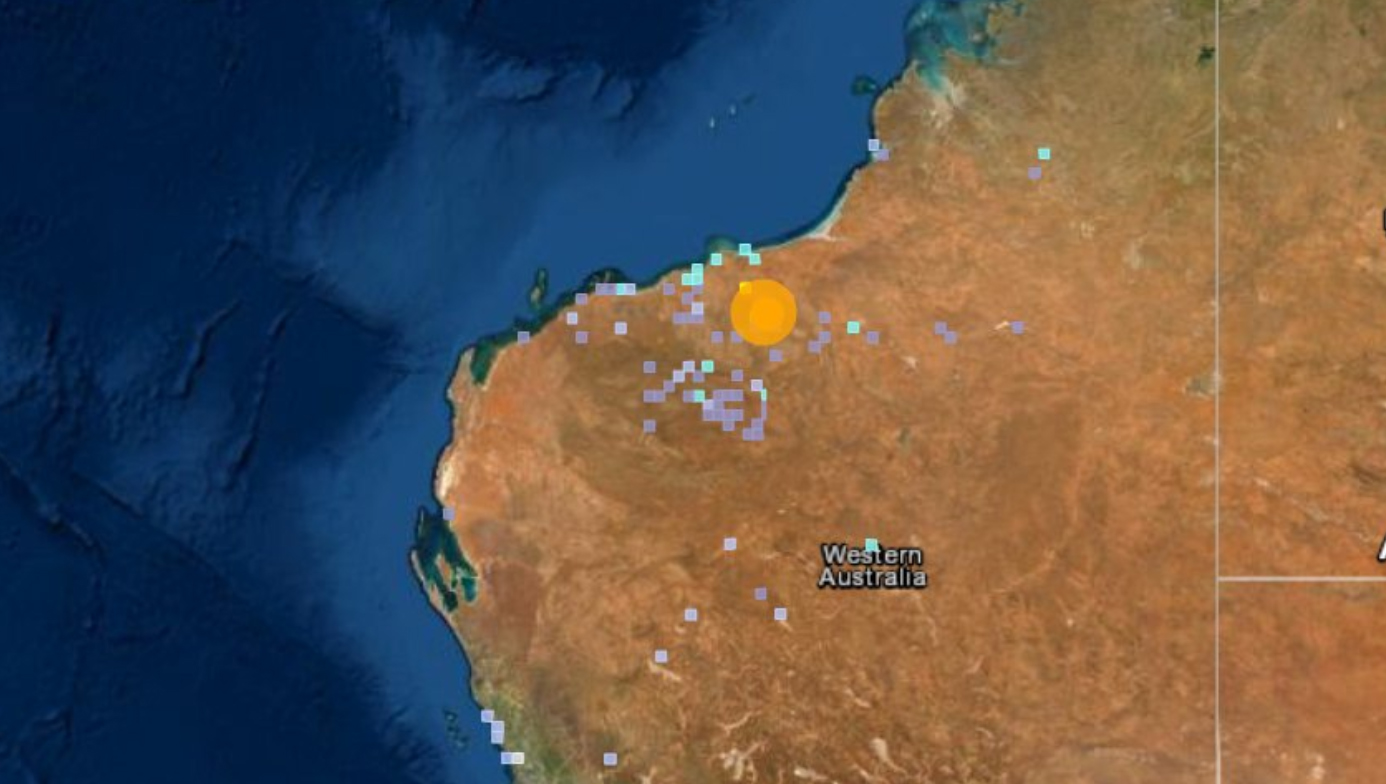 The earth very much did move in the Pilbara over the weekend, with the region shaking under the impact of a magnitude 5.3 earthquake on Saturday night.

While it’s not uncommon for mine site blasting to be felt in regional communities – Kalgoorlie-Boulder, for instance, often shudders due to activity in the Super Pit – this event was something a little out of the ordinary.

The quake east of Marble Bar at a depth of 10km was one of only two earthquakes over the past five years of magnitude 4.0 or greater within 200 kilometres of its epicentre. It was also followed by three separate aftershocks measuring between magnitude 2.6 and 3.2.

It was the second biggest earthquake in the world on Saturday and the eighth strongest of the past 30 days globally. It was also felt much further afield than the Pilbara.

Fittingly, given the 9pm timing of the quake, one of media’s first calls was to one of the Pilbara’s many pubs.

“All the spirit bottles in the back bar were rocking,” Paddington said.

“It was quite large, it went on a while.”

People across the Pilbara reported a shaking and rumbling sensation that lasted the best part of half a minute.

At Gudai-Darri, 180 kilometres away from the epicentre of the earthquake and set to be home to Rio Tinto’s most advanced iron ore mine, Mark Donald told WAtoday his attempts to sleep in his donga were interrupted.

“I was in bed and the whole bed was shaking, things in my room vibrated,” he said.

While there were no reports of damage from the Pilbara tremor, a quake of 5.0 magnitude caused extensive damage to historical buildings in Kalgoorlie-Boulder in 2010.

The Golden Eagle Hotel, which was more than 110 years old, was badly damaged by the earthquake and stayed vacant until it burnt down in a fire in 2012.

Geoscience Australia explained after the Pilbara quake that earthquakes in Australia are caused by the slow build-up of stress in the interior of the continent, produced by a tectonic plate moving about 7cm to the north-east every year.

Despite the Australian plate being the fastest moving continental land mass on the planet, large and damaging earthquakes in Australia are relatively rare and are experienced only once every 10 years or so.

The famous earthquake which destroyed property and caused injuries in Meckering in 1968 had a magnitude of 6.5.