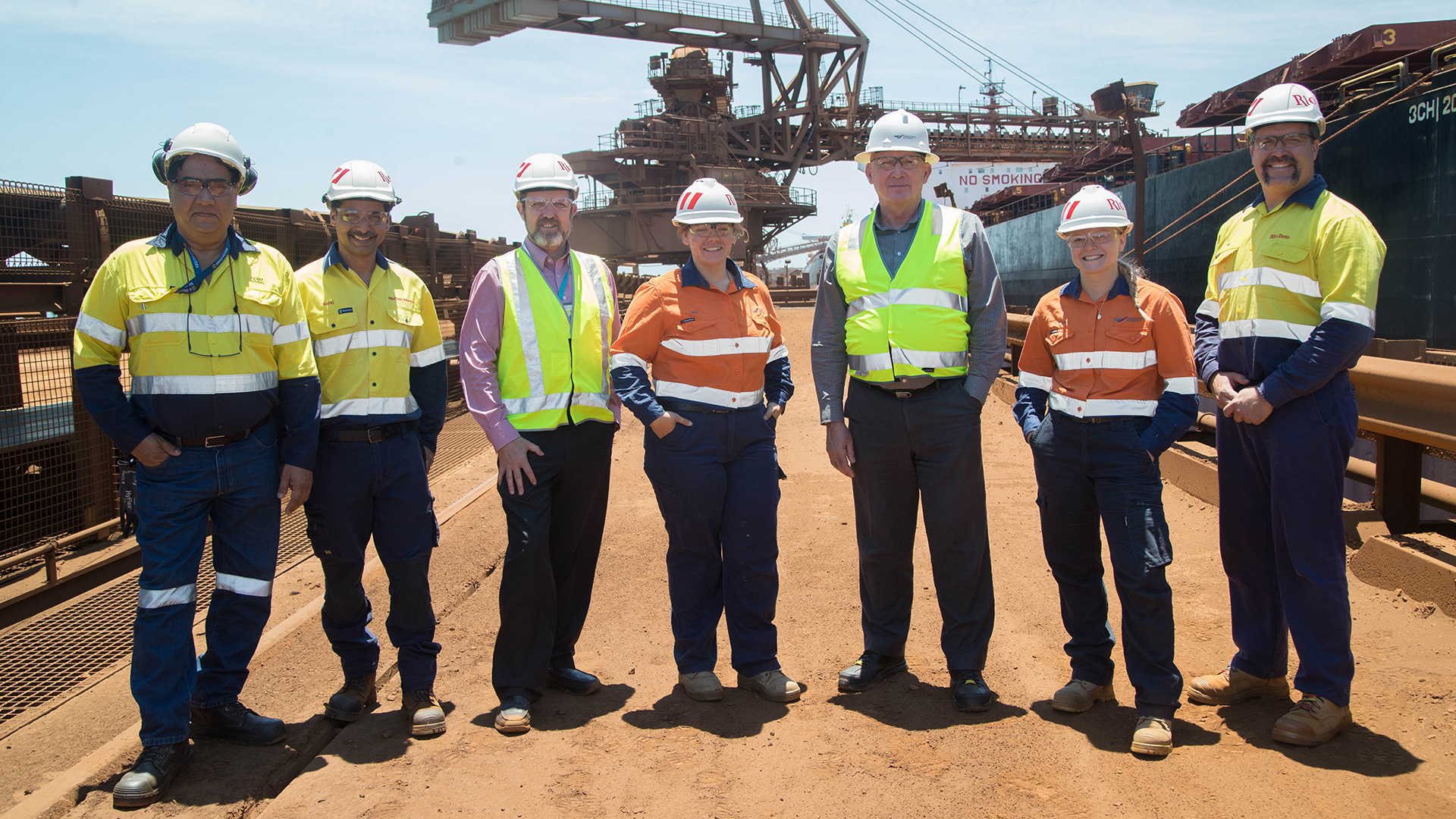 The first ever female marine cadets at Pilbara Ports Authority will spend the next six months at sea on board a giant Rio Tinto boat carrying iron ore to Asia.

Karratha locals Katelyn Arnold and Jeri Ingleton are among the latest additions to a cadetship program that has offered a fully mentored pathway to a career on the seas to WA school leavers since 2018.

They joined the program in March and will spend three years completing a Maritime Operations (Watchkeeper Deck) Diploma.

“My long term goal is to be working towards completing qualifications and the sea-time needed to become a Master,” Arnold said.

“I also want to be a support network for other women and youth starting in the maritime industry.”

Participants in the program have a daily work routine at sea that includes time spent on deck and the navigation bridge.

“To address this, Pilbara Ports Authority developed the Marine Cadetship Program to develop talent locally to support the industry, as well as improve career opportunities for young people in the Pilbara.”

Pilbara Ports Authority manages Ashburton, Dampier, Port Hedland and Varanus Island ports. Between them they accounted for a record total annual throughput of $724.7 million tonnes in 2020-21, which accounted for $160 billion in commodities – much of it iron ore.

The ship on which Arnold and Ingleton will work is a Newcastlemax vessel managed by Anglo-Eastern Ship Management. Newcastlemax vessels have a maxiumum overall length of 300 metres and the name is a reference to the largest boat able to enter to the port of Newcastle in New South Wales.

Rio Tinto’s fleet consists of around 250 contracted and owned vessels completing more than 2800 voyages a year.

There are currently five marine cadets enrolled in the program, with another two expected to start early next year.